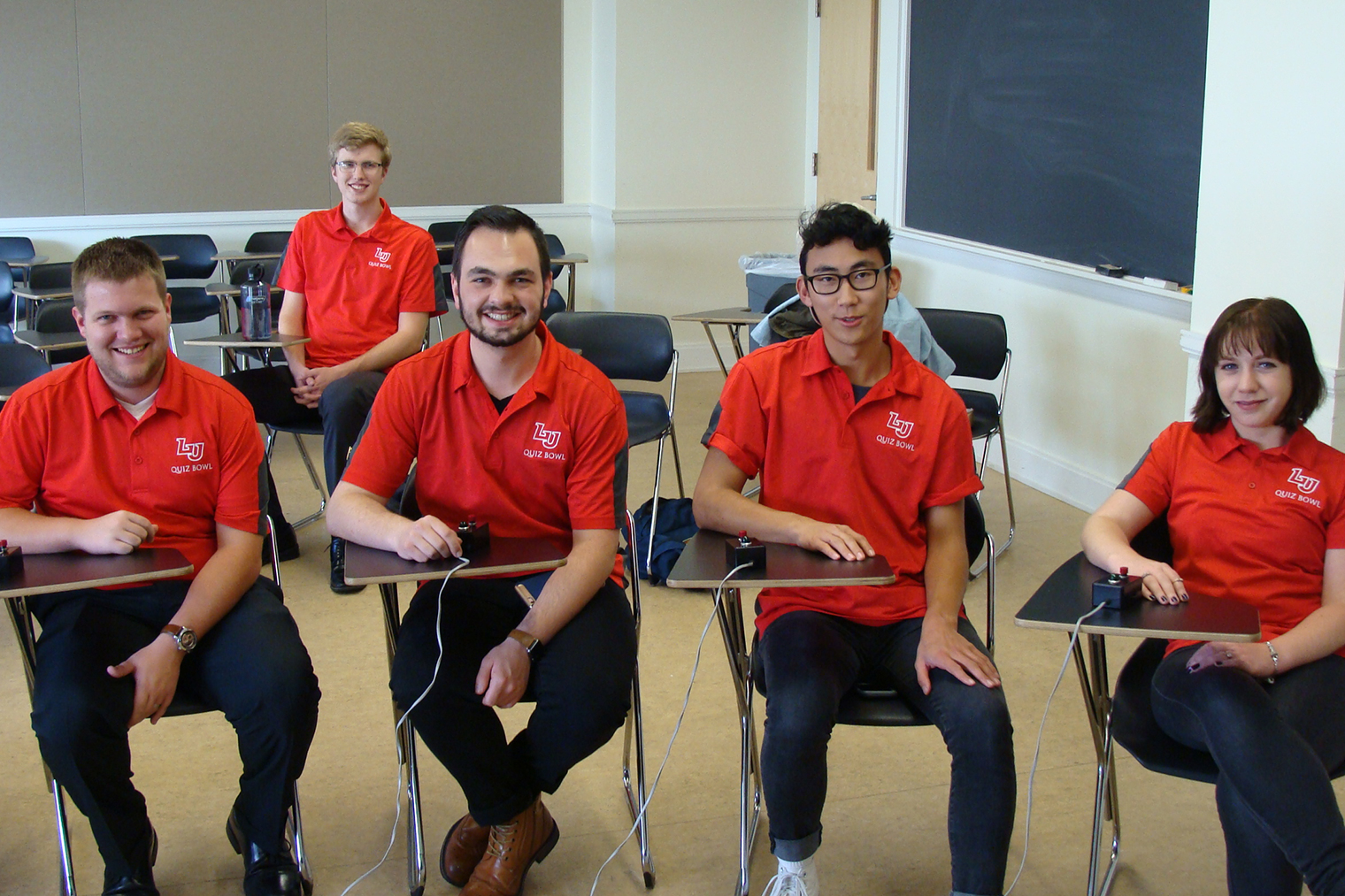 Liberty University’s Quiz Bowl team has wrapped up its fall competition slate after notching impressive wins over Princeton, Duke, the University of Virginia, the University of North Carolina, Wake Forest, and Virginia Tech, amongst other institutions.

Liberty has recorded 24 wins total for its three tournaments this semester. The novice squad started the season off at a novice only tournament and recorded two wins over Virginia Commonwealth University. The team won 11 matches at the Academic Competition Federation (ACF) Early Fall Tournament, hosted by UVa on Oct. 14, setting the bar high for its season with a 105-point victory against Princeton, before winning 10 more at the ACF Fall Tournament hosted by Virginia Tech on Nov. 4.

Quiz Bowl Head Coach Dr. Jim Nutter, director of Liberty’s Honors Program, has been very pleased with the team’s performance and expects them to go far this year.

“After beating Princeton by over 100 points, the University of Virginia four times, Johns Hopkins three times, and winning against both Duke and UNC, our team is among the strongest that we have had in 13 years. They are playing like a team ready for nationals,” Nutter said.

Quiz Bowl, often called “the varsity sport of the mind,” is part of Liberty’s rigorous Honors Program and includes players from a variety of majors. Competitions resemble the game show “Jeopardy!,” with teams buzzing in to answer questions on literature, history, geography, government, the sciences, math, art, popular culture, and sports. Schools can send multiple squads to compete at certain tournaments, where they will earn points toward the team’s final season total. Teams from the same school may face off in a tournament.

Liberty won its 10th Big South Conference title in the past dozen years last spring. Though the team did not qualify for nationals last year, it racked up several impressive wins over the course of its season, defeating teams from Georgetown, Virginia Tech, Johns Hopkins, North Carolina State, Wake Forest, and the University of Virginia.

All members of Liberty’s 2017-18 varsity team are seniors, three of whom have participated in Quiz Bowl all four years at Liberty. Captained by Mark Whitten, the team tallied six of Liberty’s 10 wins on Saturday.

Three of Saturday’s victories were recorded by Liberty’s novice team, made up of mostly freshmen, captained by Luke Hancock. The junior varsity squad notched a win for Liberty as well.

Liberty’s performance in the spring semester ACF Regional tournament and National Academic Quiz Tournaments (NAQT) Sectional tournament will determine if it qualifies for national competition — as it did in 2014 and 2015.