Despite coming from different sides of the political aisle, former Virginia Gov. Bob McDonnell and City of Lynchburg Mayor Joan Foster were unanimous on one issue during Liberty University’s Convocation on Friday: the importance of serving others.

McDonnell and Foster shared the stage on the eve of Serve Lynchburg, a one-day community service blitz where more than 1,600 Liberty students, faculty, and staff will give back to their city.

Senior Vice President for Spiritual Development David Nasser said the Convocation was a chance for students to hear how they could impact the world through partnership and shared faith.

Nasser sat down with Foster for a short roundtable discussion before McDonnell spoke to students.

“(Liberty University) is an intricate, important piece of our community,” Foster began. “From all of us as citizens, we appreciate who you are and we try to love you and court you the four years you’re here.”

Before she became mayor, Foster served as an educator in Amherst County, Va., where she said she saw social issues that needed addressing.

“I quit teaching and went into community service,” Foster said. “So many families were hurting in our community, and I wanted to make a difference.” 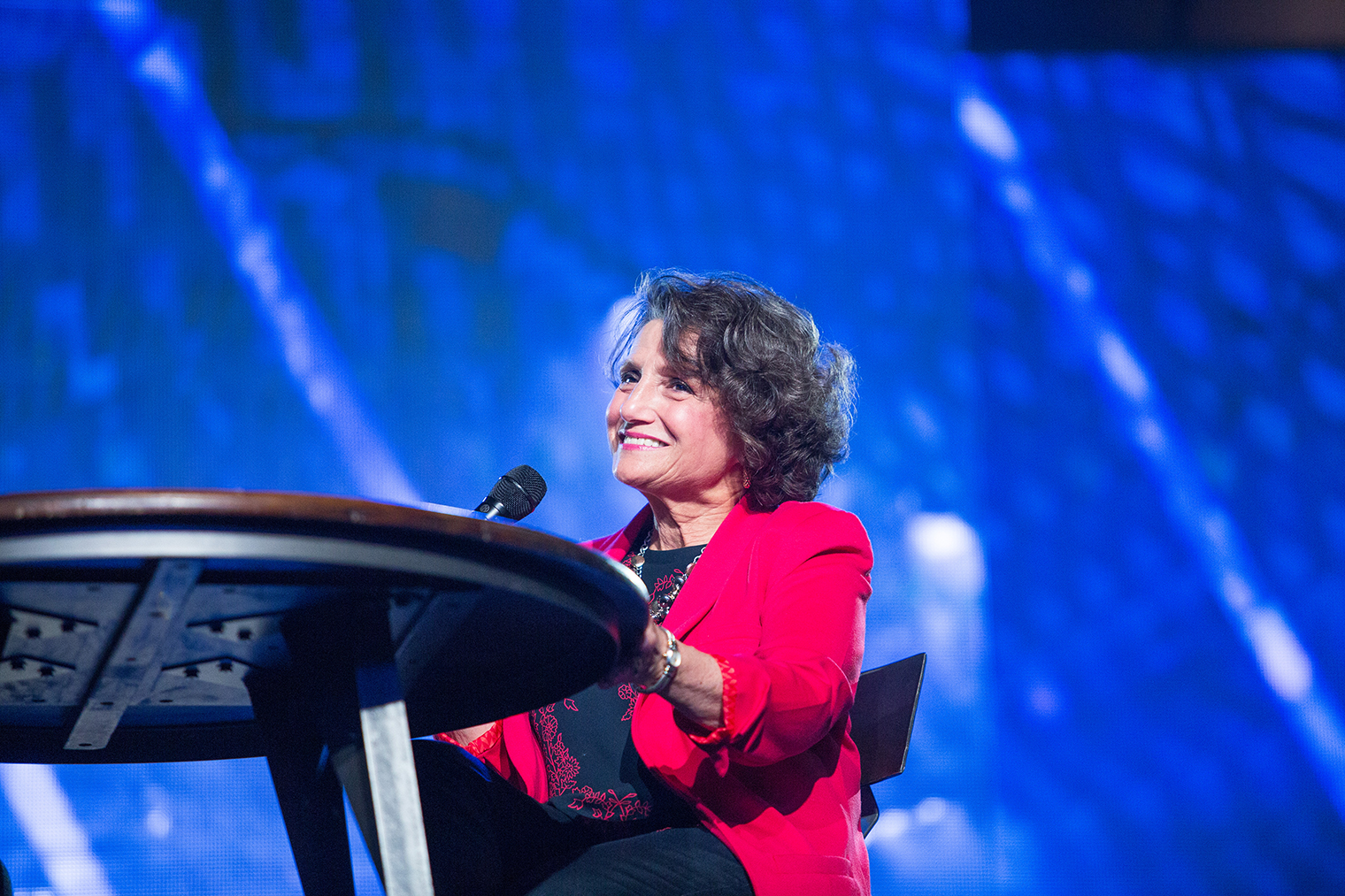 Eventually, she ran for Lynchburg City Council and became the first female mayor of the City of Lynchburg in 2006. Foster said prayer was an important part of that decision.

“I had prayed the Prayer of Jabez for two weeks,” Foster said. “If you pray that prayer, beware. You might get called. And literally God called. That has led to my 15 years of service on Lynchburg City Council.”

Foster also honored Liberty work-study students who serve with Lynchburg Beacon of Hope, a nonprofit aimed at making sure all children in Lynchburg have the chance for a post-secondary education.

“They are there every day loving our students,” Foster said of the Liberty students. “They have just been miracle workers for many of our kids (in the Lynchburg Public Schools).”

McDonnell spoke to the students about suffering and service. Quoting Scripture, he used James 1:2-4 to show the attitude that Christians should have while enduring hardships.

“Consider it pure joy. Endure it because you learn so much more and develop so much more character through suffering and sacrifice than you could ever do through success,” McDonnell said. 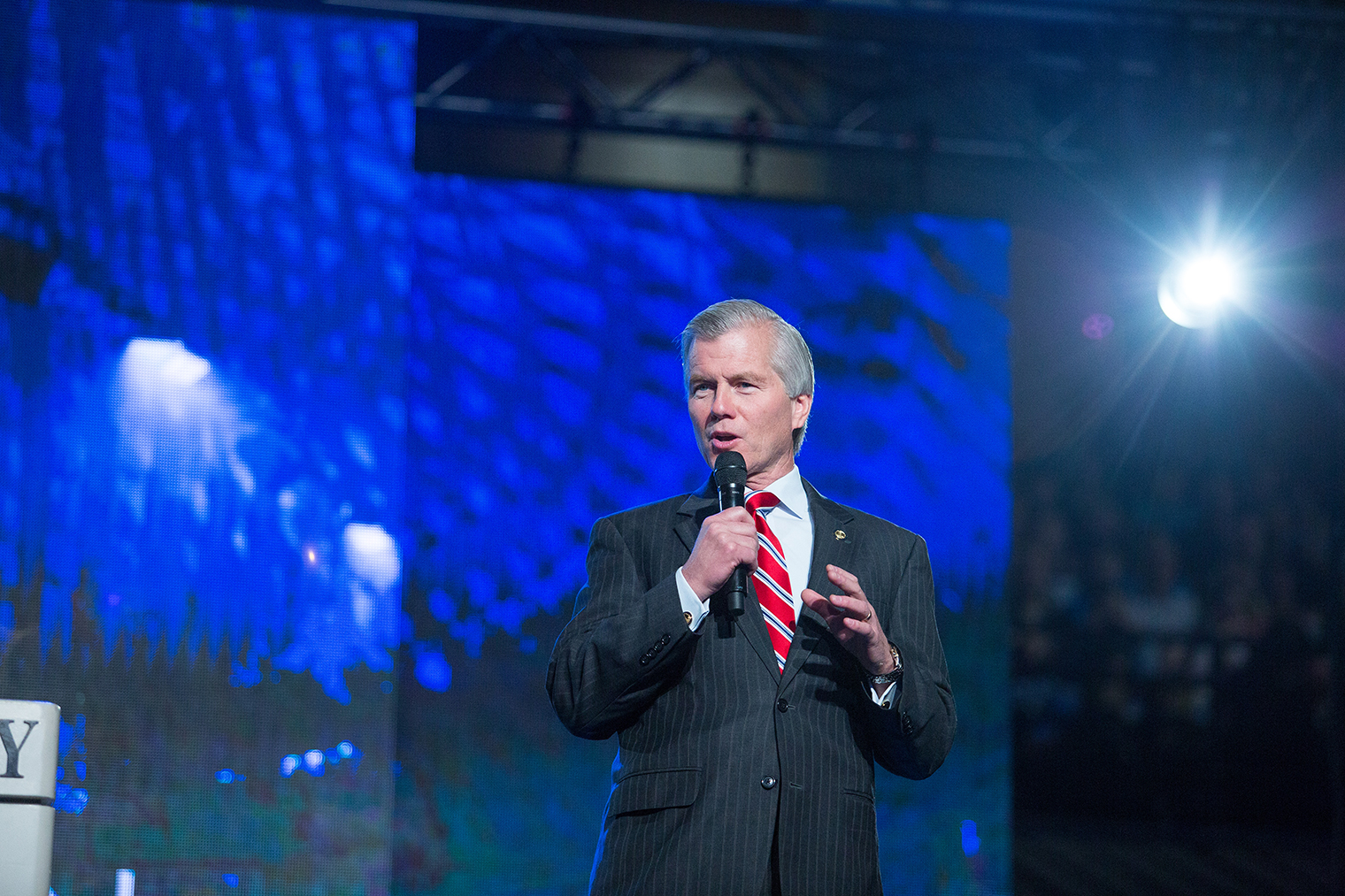 McDonnell’s biggest advice to students was to have an “eternal lens” on life. He said that the things they might be focusing on today might not be what God focuses on when He asks them to account for their lives.

“God’s not going to ask me what I did as governor or attorney general,” he said. “Because the Kingdom isn’t about the works. It’s about the heart. Jesus didn’t come in order to overthrow the Romans and establish a Christian empire. He came to talk to people about what’s in their hearts.”

McDonnell said through his own suffering, he learned how to better see the world through Jesus’ example in the Bible.

He said Jesus showed true service. Even in the time leading up to His Crucifixion, Jesus washed the feet of His disciples.

“Greatness is service,” McDonnell said. “Those ideas of service and humility are what Jesus says define greatness in this world. …That’s what’s beautiful about the Christian faith and what we’re called to do.”

On Saturday, students will be traveling to one of 60 sites around Lynchburg to take part in service projects. Work will range from planning activities for residents at Heritage Green Assisted Living and walking dogs and cleaning the facility at the Lynchburg Humane Society, to preparing and serving meals for the homeless at Lynchburg Daily Bread (see a full list of partner organizations.) Several members of Liberty’s administration will also serve alongside students during the day.

Giving back to the community is a constant theme for Liberty students throughout the academic year. More than 950,000 community service hours are sown by students back into the greater Lynchburg area every year.