His Excellency Edward Yakobe Sawerengera, ambassador from Malawi, Africa, to the United States, spoke to Liberty University students on Thursday night about the challenges that his country faces.

His visit was part of Global Focus Week, the university’s biannual conference to raise global awareness. In addition to speakers in Convocation and a series of cultural events, Liberty hosted a special experience each night that focused on a region of the world.

On Thursday, students were immersed in African culture for “Cultural Exposure: Sub-Saharan Africa,” held in the Montview Student Union.

Sawerengera explained that Malawi is a friendly nation with many nice people, but it also faces a challenge to feed its citizens. 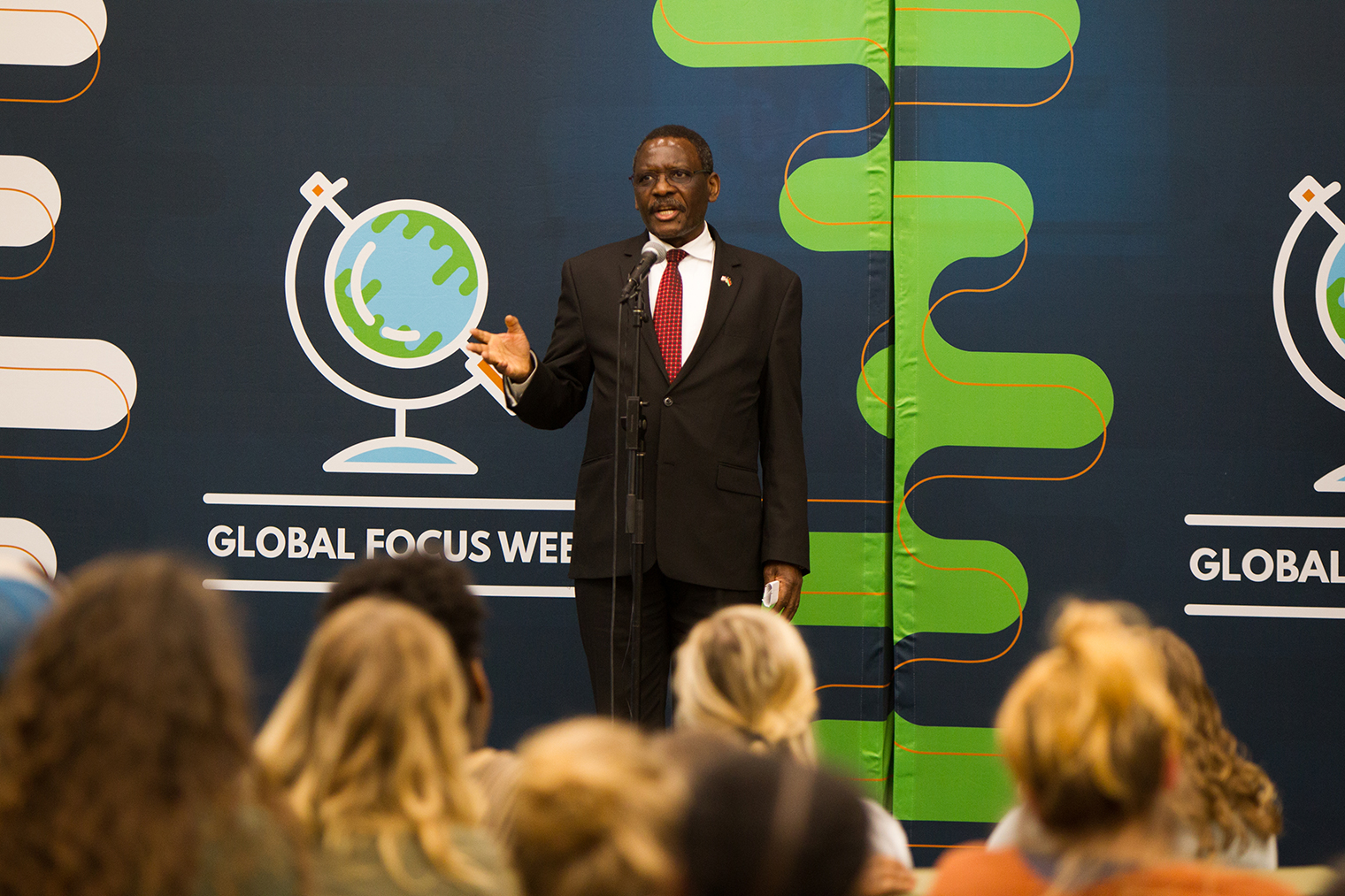 The ambassador also took questions from the students, who asked how Sawerengera became an ambassador as well as how they could become involved with helping Malawi.

“There are so many opportunities for students to help,” he said. “They can visit and they will be connected to the correct institutions. We’ve invited numerous investors to come to Malawi and several partners. There are some local business people that we can connect students to.”

The discussion ended in a prayer for Malawi, led by students.

The Montview Student Union was filled with music throughout the event. The Bato African Drumming Ensemble performed and Dr. Katherine Morehouse, chair of the School of Music’s Department of Multi-Ethnic Music Studies, led students in singing traditional African songs,  teaching them the lyrics and educating them on the culture’s songwriting process.

The event ended with a vocal performance by the Ntibonera family, a traveling singing group of Liberty students from the Democratic Republic of the Congo (DRC). The group collects tennis shoes to send to less fortunate individuals in their home country. They encouraged students to show up with a pair of shoes to donate at Convocation on March 1, a Kick’n It for Africa Partnership. NBA star Steph Curry will speak and spark the drive with 1,000 pairs of Under Armour shoes. Liberty alumnus Chris “COSeezy” Strachan, Kick’n It’s founder, helped orchestrate the event to benefit the Ntibonera’s charity efforts in the DRC.

“I enjoyed getting to hear what God is doing over in Africa, just the impact that little things can make, like the shoe drive and getting shoes to children who have none,” junior Jason Clark said.

“I cried at Monday’s Convocation during the Parade of Nations,” Browne said. “That was definitely powerful, it was like a glimpse of Heaven seeing all the nations coming together.”