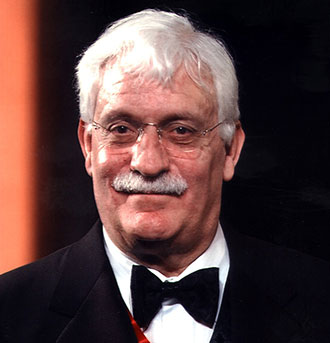 Students and faculty can also watch the speech live online.

Before medical school, Damadian was chosen as a Ford Foundation scholar at the age of 15 and graduated from the University of Wisconsin with a Bachelor of Science degree in mathematics, minoring in chemistry. Four years later, he went to the Albert Einstein College of Medicine, New York. Damadian was drawn toward a career in research and, eventually, into a 10-year quest to unlock the mysteries of cell metabolism and chemical transport. That search led him to consider the possibility that physics’ nuclear magnetic resonance might be a powerful diagnostic tool for medicine.

Since 1999 he has been a Professor of Medicine and Professor of Radiology at the State University of New York Health Science Center in Brooklyn, New York. He also has several honorary Doctor of Science degrees, including one from the New York Institute of Technology.

In 1988 Damadian was awarded the National Medal of Technology by President Ronald Reagan. Less than a year later he was inducted into the National Inventors Hall of Fame of the United States Patent Office for his patent of MR scanning. His original full-body MRI scanner is in the Smithsonian Institute. Damadian’s numerous accolades also include the Lemelson-MIT Lifetime Achievement Award (2001), the Benjamin Franklin Medal (2004), and the Ellis Island Medal of Honor (1994).

Liberty’s Research Week begins Tuesday, March 29, with a number of presentations in the Jerry Falwell Library, followed by a reception in the Science Hall preceding Damadian’s keynote address. The week continues through Saturday, April 2. Research Week is an opportunity for Liberty undergraduate and graduate students to showcase their research to the university community. Typically, this event has been broken up into graduate and undergraduate events. This year, Research Week combined the graduate and undergraduate weeks into a larger, more highly promoted event, as part of the university’s Quality Enhancement Plan to focus on learning through research and scholarship. Participation in research presentations has increased by over 100 percent from last year. Online students are able to present as well, using remote technology. View the full schedule on Liberty’s QEP website, Liberty.edu/QEP.