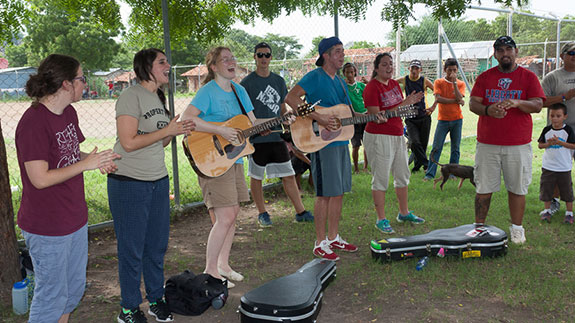 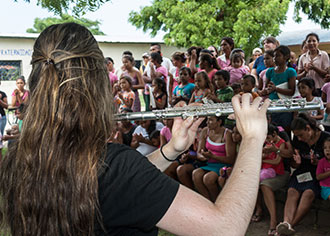 Libertad, a Liberty University Center for Music & Worship team that specializes in Hispanic culture and music, spent Oct. 6-13 in the city of Somotillo, Nicaragua, and surrounding villages, teaching music and worship, distributing food, and assisting villagers with daily tasks. The team, comprised of 14 students and accompanied by a graduate assistant and two School of Music faculty members, partnered with Because We Care Ministries, which has been serving the villages for many years.

During their weeklong stay, the team led three workshops on musical technique, prayer, and the biblical model of worship. Libertad held several worship concerts, and they composed three original songs with the villagers’ help.

“Somotillo has a lot of talented people,” said Leon Neto, Libertad director and assistant professor of music. “But they’re a forgotten (region). The government doesn’t typically help them and that’s why we chose Somotillo.”

Though the team was focused on meeting the needs of the region, the students and faculty were blessed in return. 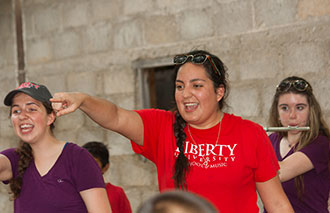 The trip had been planned for over a year and was made possible by a donation from the Mathenas family, who have also funded several scholarships for Liberty music students. The family supported the trip because they were touched by Libertad’s mission. The team plans to return to Somotillo in the future.

Libertad will perform in the Towns-Alumni Lecture Hall on Nov. 11 at 7 p.m., as part of the World Wide Worship Meeting.