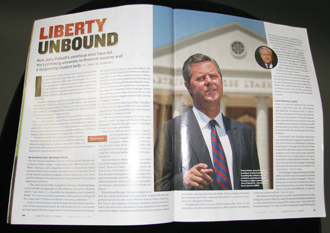 The growth and success of Liberty University is highlighted in the September issue of “Christianity Today,” a leading national magazine for evangelical Christians.

In the article titled “Liberty Unbound: How Jerry Falwell’s ambitious sons have led the Lynchburg university to financial success and a burgeoning student body,” John W. Kennedy shows how the 39-year-old school is on firm financial ground despite financial struggles in the past and how new amenities and academic improvements are bolstering enrollment.

The article credits Jerry Falwell, Jr., now chancellor, and his “head for business”:

“A University of Virginia law school graduate, Jerry Jr. is foremost a fiscal manager intent on recruiting quality students to the 39-year-old school that has the largest student body among evangelical colleges.”

Liberty has 11,500 students on campus this semester and another 37,000 enrolled online.

The article also highlights Liberty’s affordable tuition, its generous scholarships and highly respected faculty, along with the success of its young law school. 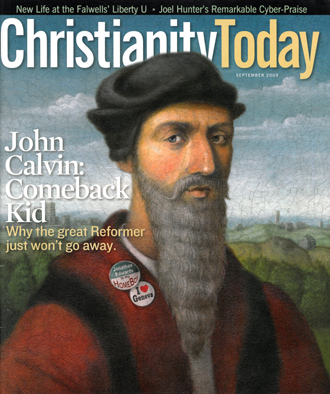 In the Sept. 2 convocation, Falwell said he had been receiving emails and calls from Christian leaders all over country who had read the article and were excited about what is happening at Liberty University.

“Apparently many of them were unaware of how God is blessing this school. … I guess it was more of a secret than we thought it was,” he said. “It’s encouraging for outsiders to begin to recognize what God is doing here at Liberty University.”