Liberty University’s Helms School of Government and School of Business hosted three ambassadors Thursday afternoon in the Montview Student Union, Alumni Ballroom, to assess peace in the Middle East and the effectiveness of the Abraham Accords peace agreements.

Greenway, the former Director for the National Security Council under the Trump administration, orchestrated the Abraham Accords in 2020 to improve diplomatic relations among Israel and its neighbors in the Middle East, specifically between Israel, the UAE, Morocco, and Bahrain.

The panel centered on how the Abraham Accords was created and its influence today as well as the various threats and opportunities that may arise in the future. But more than anything, Thursday’s panel was a celebration of progress.

“These accords didn’t happen overnight,” said Erdan. “It was a convergence of several catalysts and reasons, and here we are today celebrating the Abraham Accords.”

“Everyone came out better off post-Abraham Accords than they did pre-Abraham Accords,” added Otaiba. “The Abraham Accords was not designed against or for or to target anyone. It was designed to unlock potential, to open more cooperation and to open up lanes of economic trade and investments. … We can still disagree about political issues, but those political disagreements should not prevent us from working together.”

The School of Government and School of Business offer many events throughout the year to introduce students to world and thought leaders. Both schools equip students with the classroom knowledge and professional exposure to impact their future workplaces for Christ.

“The mission of the Abraham Accords follows the spirit of the great patriarch Abraham who loved all people and showed hospitality to people from every land around,” said School of Business Dean Dr. Dave Brat. “It was just an incredible day to be with ambassadors from countries with different backgrounds but who share a commitment to peace and friendship and economic development and moving forward together, and our students got to see a piece of history take place from the front row.”

“The Abraham Accords were one of the most important achievements of President Trump’s administration,” said Helms School of Government Dean Robert Hurt. “For the first time in a long time, we put aside a lot of the conventional thinking surrounding peace in the Middle East and instead sought to do something people didn’t think could be done.”

Hurt said the goal of the event was to share with students the significance of “one of the most important diplomatic accomplishments, certainly in the Middle East, in modern history.”

“We want to allow our students to engage with these important leaders so that they can not only learn more about the Abraham Accords, but also think about how the lessons from this peace process can be used for diplomacy in the future,” he said.

Since its founding in 1971, Liberty has had close ties to Israel. Of Liberty’s inaugural class of 154 students, 90 traveled with Liberty’s founder, Jerry Falwell Sr., to Israel on a free school-sponsored trip in 1972. Falwell visited Israel 15 times in his lifetime, often bringing Liberty students with him. He always emphasized Israel’s critical role in evangelical history.

Liberty Provost and Chief Academic Officer Scott Hicks said Falwell Sr. had a “visionary role” in solidifying the relationship between Israel and the global, evangelical community “but also, subsequently, forging an elusive peace between Arabs and Israelis in the Middle East a generation ago.”

“The friendship lives on today,” he said. “There is no university in America that is more friendly to Israel than Liberty University, and that is something that should not be taken for granted in this time of rising anti-Semitism.”

Liberty alumnus and former campus pastor Johnnie Moore spoke at Thursday’s event about visiting Israel when he was a student and returning there on multiple occasions during his career.

“One of the most incredible things to me has been watching so many millions of Christians around the world who thought well of Israel, learned to also think well, and build incredibly deep relationships with these extraordinary countries around the world,” he said. “For my entire adult life I have traveled to Israel and to the Arab world. They were both my friends, but now the blessing of the Accords is that my friends are now friends with one another!”

Moore reminded students that Liberty offers study abroad opportunities to access and experience these countries while completing their degrees.

“Keep experiencing Israel, but I also hope you learn to know and to love Morocco, the United Arab Emirates, the Kingdom of Bahrain, and all these incredible countries.” 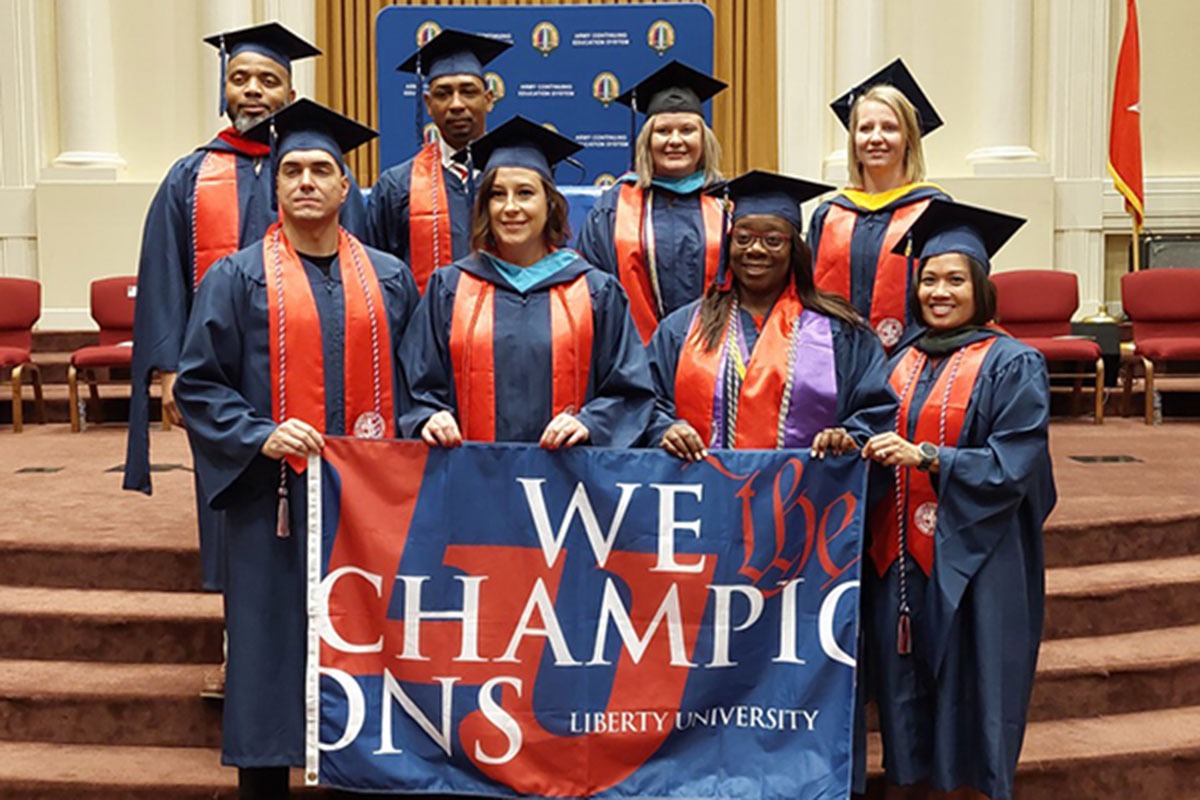 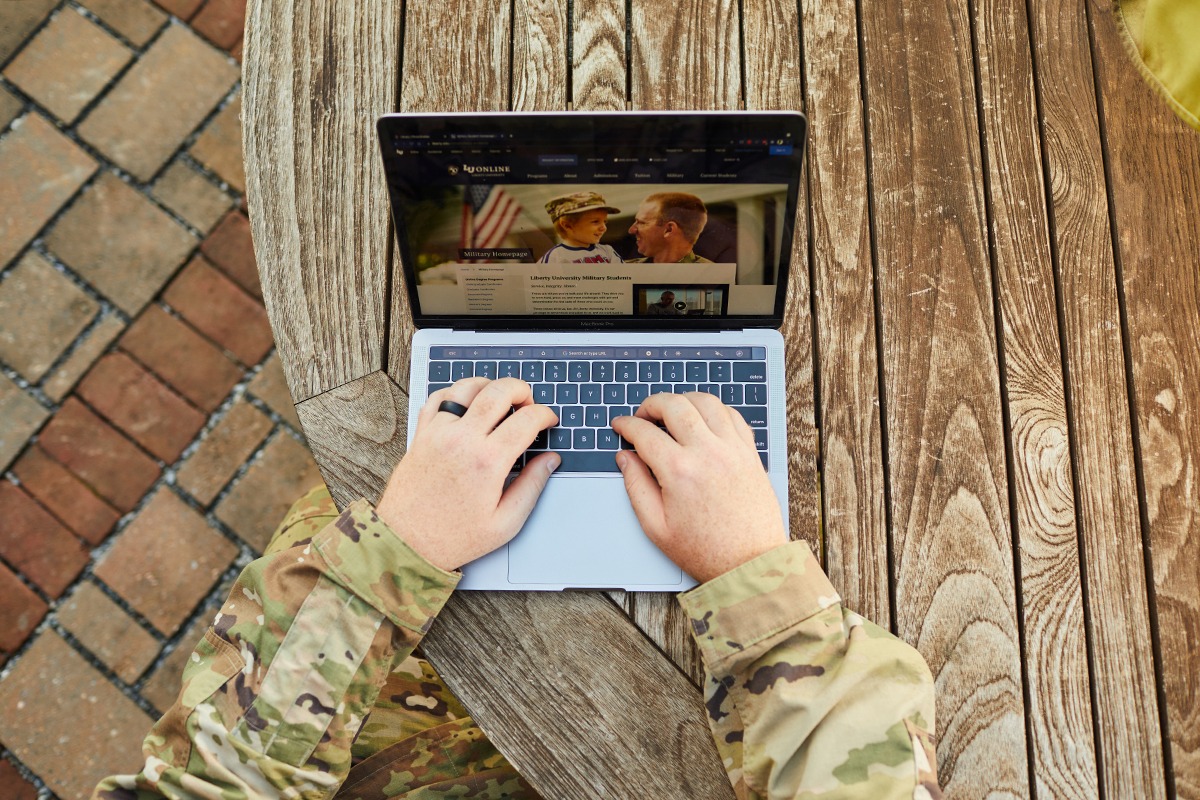 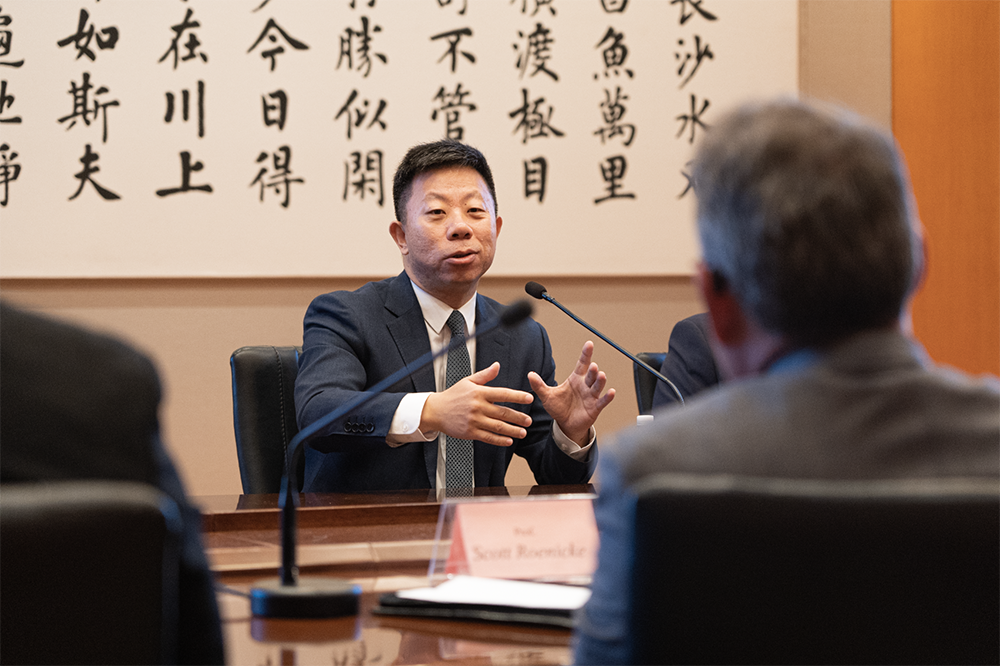