In the heart of Washington, D.C., more than 2,200 Liberty University students and staff walked alongside Franklin Graham, Liberty President Jerry Prevo and his wife, Carol, and thousands more across the National Mall on Saturday — not as a protest or demonstration, but to pray in unity for God’s healing in America’s present and future.

The Billy Graham Evangelistic Association (BGEA), of which Graham is the president and CEO, hosted the Washington Prayer March 2020, which began at noon at the Lincoln Memorial and ended in front of the Capitol Building. With the crowd’s sheer size, many thousands still flooded the surrounding area after the scheduled end time of 2 p.m.

Graham had invited Liberty students to join him in D.C. during his message at Convocation on Sept. 16 in Williams Stadium, encouraging them to walk alongside thousands of fellow believers in a time of prayer for the soul of the nation.

“We’re not going to yell and scream and chant … we’re going to quietly go from one end of the (National Mall) to the other and we’re going to pray asking God to heal our country, to heal the hearts of our politicians,” Graham told students. “I want Liberty University to be well-represented at this prayer march. I want the politicians to know that there are young people today who are going to stand for Jesus Christ.”

The immediate response from students was astounding. 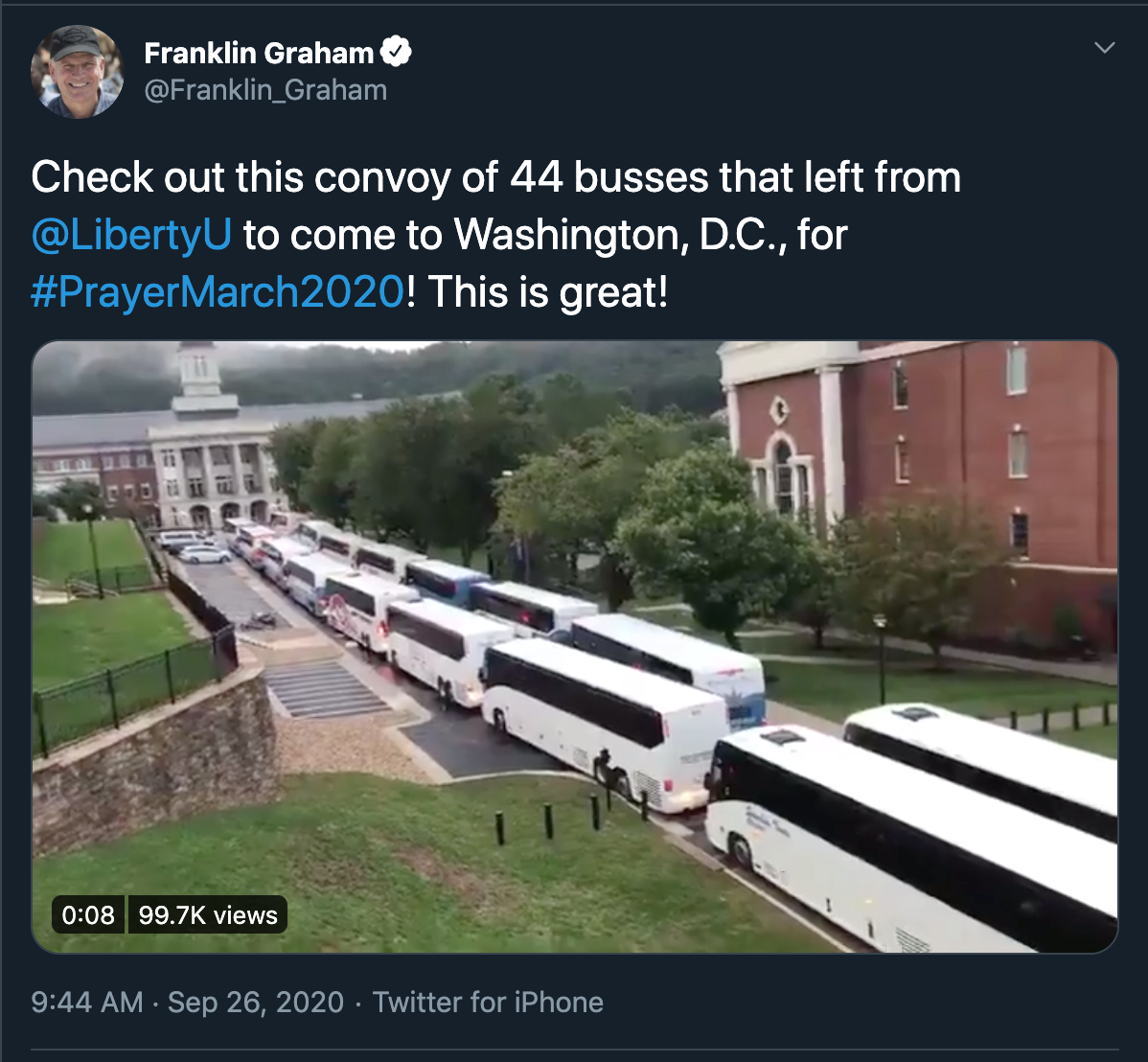 “Originally, we thought it was audacious to have 250 or even 500 students, but we were pleasantly surprised that, by the time we were finished with the Convocation (with Graham), over 1,100 students had signed up to be a part of it,” said David Nasser, who leads Liberty’s Office of Spiritual Development, which organized the trip. “Our campus has always been a campus full of students who believe in the power of prayer.”

On Saturday morning, 44 buses left campus at 6:30 a.m. en route to D.C., carrying students and staff with hearts to see God move mightily in our country. As the next generation, the students felt the need to join with fellow believers and ask God for positive change.

Junior Justin Holdstock was able to make the trip with several of his friends. He said the show of unity from Liberty in Washington was impressive.

“I believe that prayer changes things and that prayer makes an impact and influence, so I wanted to take this opportunity to come up here and petition for our nation,” he said. “I think it’s awesome that we get to walk through our nation’s capital with hundreds of thousands of people, all praying. It’s an amazing representation of what Liberty stands for; it shows that we’re not just talk as a university and that we believe what we preach at our school.”

“Prayer is very important to me, I’ve seen prayer be so fruitful in my own life,” senior Leah England added. “So the idea of coming together with so many people to pray was something I knew would be powerful.”

Standing on the steps of the Lincoln Memorial, Graham welcomed the tens of thousands who had filled the steps surrounding the stage, the pavement along the Reflecting Pool, and the paths as far back as the World War II Memorial.

“I think all of us here recognize that our nation is in trouble … but God can fix this,” he said. “We’re here today to pray and call upon the name of Almighty God.”

Immediately following Graham’s opening statements, to the crowd’s surprise, Vice President of the United States Mike Pence and Second Lady Karen Pence were ushered up the steps to the stage to greet and address the crowd. Pence thanked the march participants for their continued prayers for him, President Donald Trump, and the men and women who serve our nation in the military, in the government, and as first responders.

“Today at this Washington Prayer March you continue a great American tradition,” Pence said. “Since the founding of our nation, the American people and their leaders have gone to prayer in challenging times. In these challenging times we’d do well, as you do today, to remember that in everything by prayer and petition with thanksgiving that we are to present our request to God.”

The entire event was livestreamed on the event’s official website and Graham’s Facebook page, among other platforms.

Participants were given a suggested focus to pray for at each of the seven landmarks along the 1.8-mile route, including prayer for the country’s societal issues regarding race and religion, wisdom for politicians, and safety for military members and first responders.

Liberty provided each student and staff member with breakfast and lunch, a free T-shirt and rain jacket, and a health kit containing a mask, hand sanitizer, and water.

In his final semester at Liberty, senior Cole McQuaid said he had never been to a march or demonstration before Saturday, explaining that he chose to attend because of the Christ-centered mission of the event in contrast to the common theme of other marches held in Washington.

“It’s an important event because we can demonstrate our faith and publicly pray for our nation; it’s something we’re allowed to do in this country, and doing it in a massive group like this is a good opportunity to show people who Jesus is when it’s peaceful and loving,” McQuaid said. “We’re here to pray, and I think that’s the most important thing, we’re all on one page, on one front.”

Freshman Gaeren Chatterson, a native of Canada, said that he prayed for both his home country and America, and cited the God-given instructions to pray for leaders.

“God commands us in the Scripture to pray for our leaders and to submit to their authority. God is the only one who has the power to watch over and help our nation,” he said. “This is the country God has me living in in the moment, and you can see that this country, like every country, needs prayer. It was a wonderful thing for (Liberty) to do, so that students could be involved.” 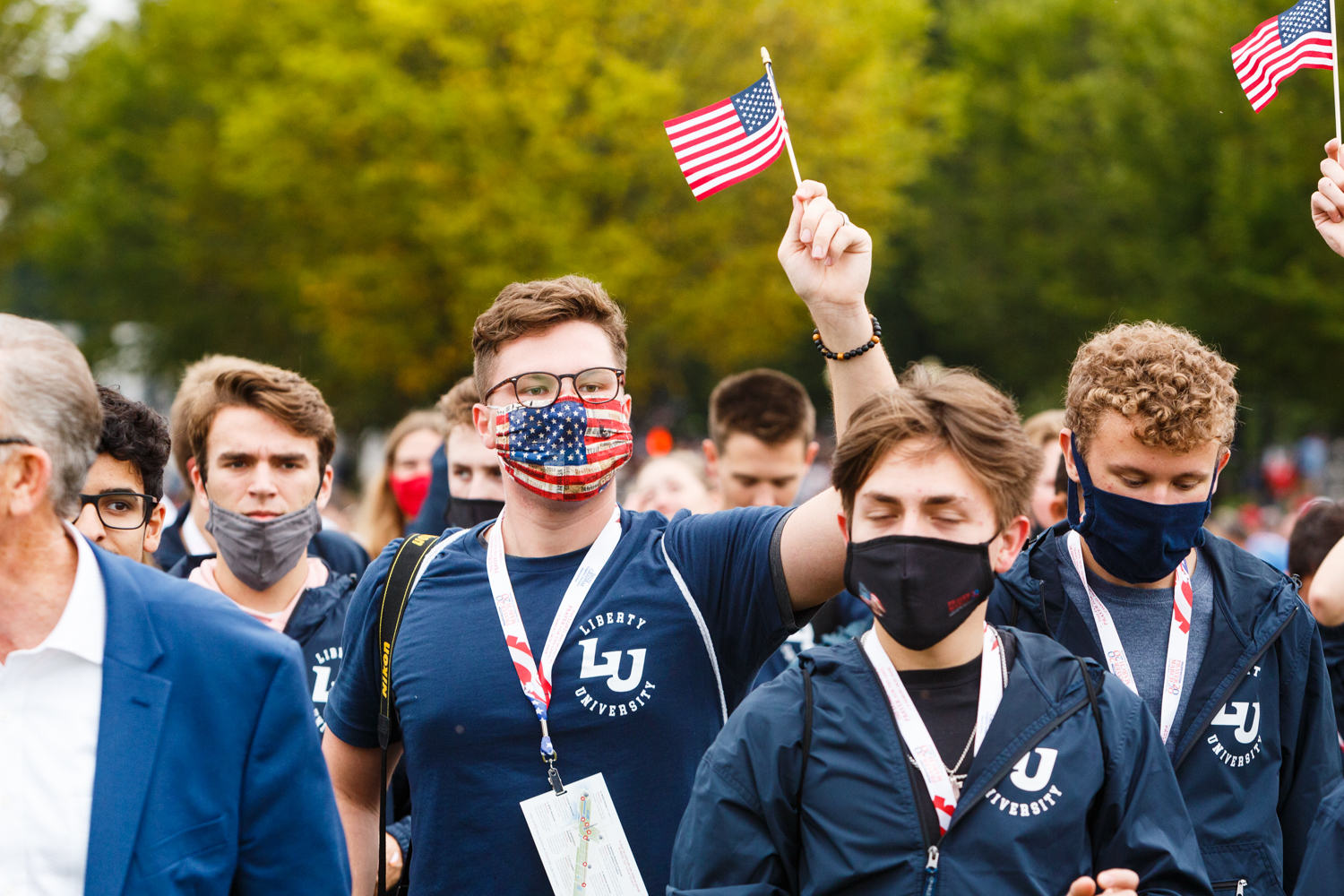 Many of the students who attended said they believed that this event could be the first step in a long journey toward revival in the country, especially when it comes to Christianity’s role in the future.

“Scripture talks a lot about how God hears our prayers, and even though he knows our hearts, us walking together and crying to God for change in our nation is a start of a movement,” Holdstock said. “It’s moments like these that (David) Nasser talks about, that this moment can turn into a movement that changes our entire culture and generation forever.”

>> Read a related story from the BGEA: Liberty University Brings 44 Buses to Pray at National Mall 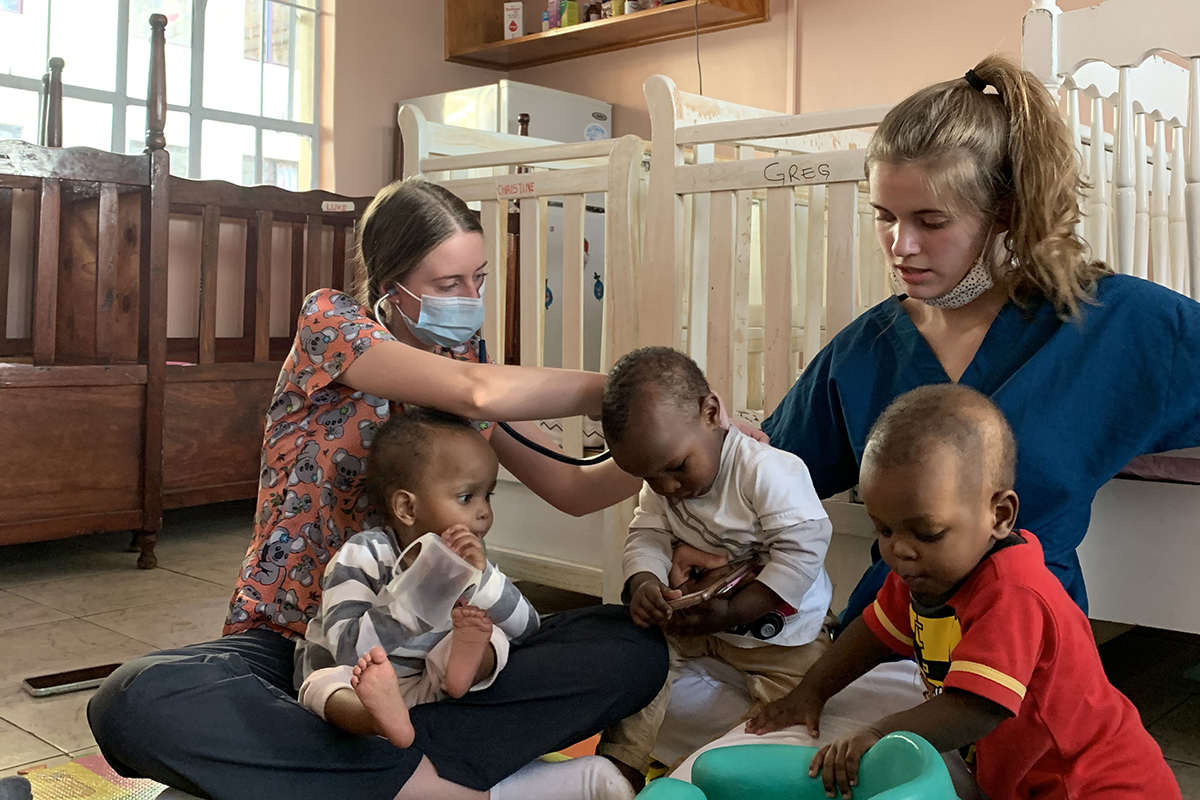 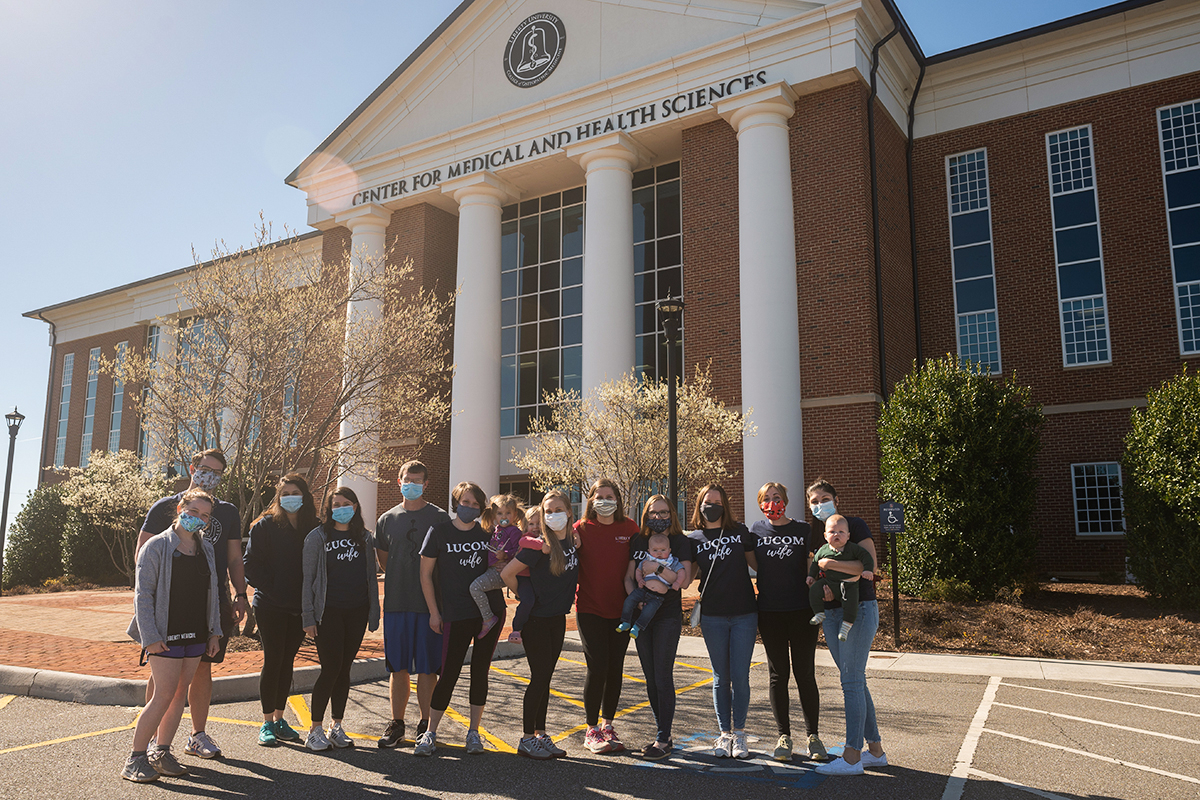 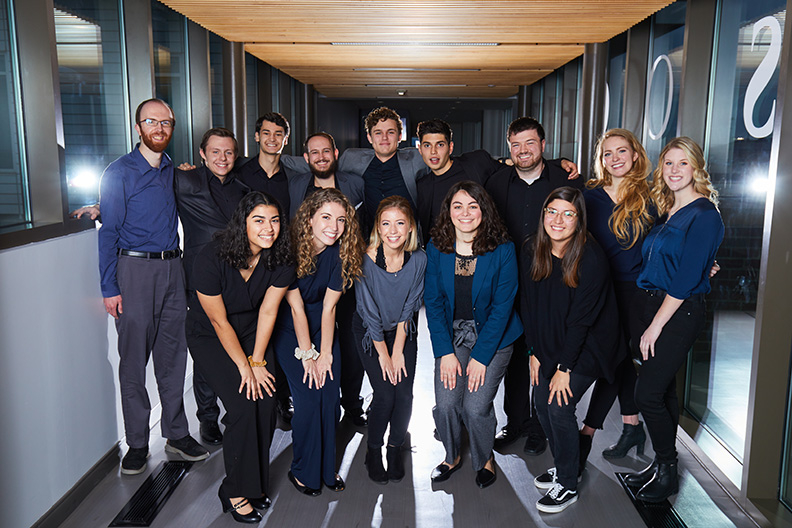