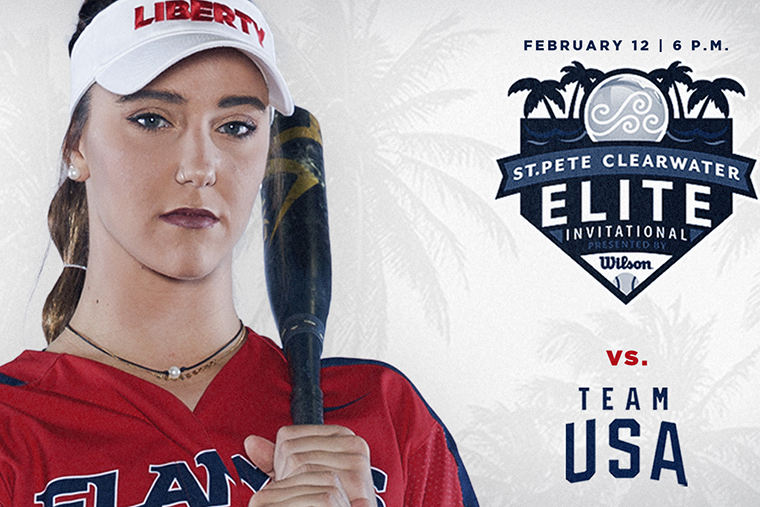 Liberty University’s softball team will take on Team USA in an exhibition game to kick off the St. Pete/Clearwater Elite Invitational, Feb. 12 at 6 p.m., USA Softball announced on Wednesday.

The game, to be played at Eddie C. Moore Complex, will give the Lady Flames another chance to face some of the nation’s top softball players. Team USA has added this date to its "Stand Beside Her" tour, as the national team gears up for the 2020 Tokyo Olympic Games. The tour includes stops in 17 different states.

This is a special event for Liberty Head Coach Dot Richardson, who won two Olympic gold medals for Team USA during a storied international playing career.

"One of the highlights of my softball career was representing our country at the highest level of international competition; Pan American Games, World Championship Games and the Olympic Games," Richardson said. "It will also be a blessing for Liberty Softball to compete against the 2020 USA Olympic Team so we can experience playing against and learning from the best in the world. We look forward to the opportunity to express the gifts God has given each of us in the sport and for the fans to enjoy every minute. Go Flames! Go USA!"

Liberty will launch its 2020 season on Feb. 7 by competing in the NFCA Leadoff Classic, also in Clearwater.