For the third consecutive year, Liberty University’s School of Aeronautics and School of Nursing collaborated on a crisis simulation drill to replicate a real-life airshow disaster and the necessary emergency response protocols. 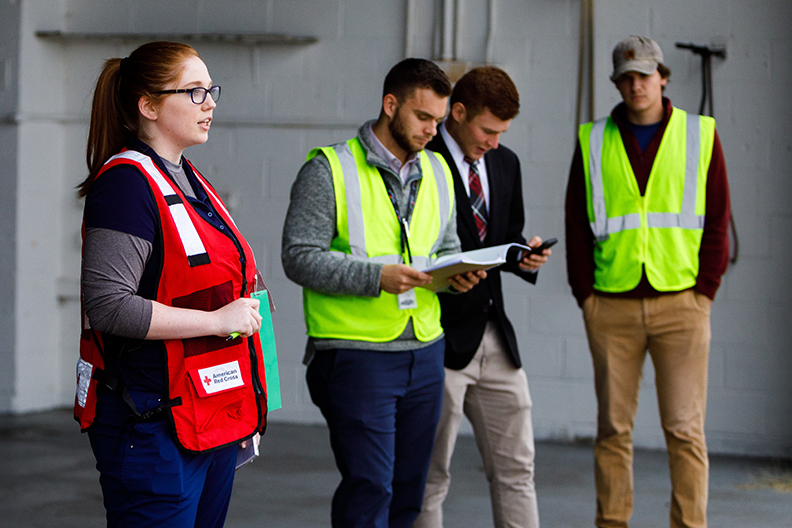 On Tuesday, Oct. 29, roughly a dozen student victims — coated with injury prosthetic makeup — lay scattered on a runway at Lynchburg Regional Airport, each with predetermined injuries and conditions. The back story to the simulated event was that a plane had made a faulty landing in the middle of a crowd of spectators.

“Though this was a simulation, it really helps to see upfront and personal what could happen and how you would need to respond,” said Jonathan Acree, an aviation administration student specializing in safety management. “This simulation is definitely something I can take with me in a job interview … (and prove) that I have been through drills and through different emergency planning.” 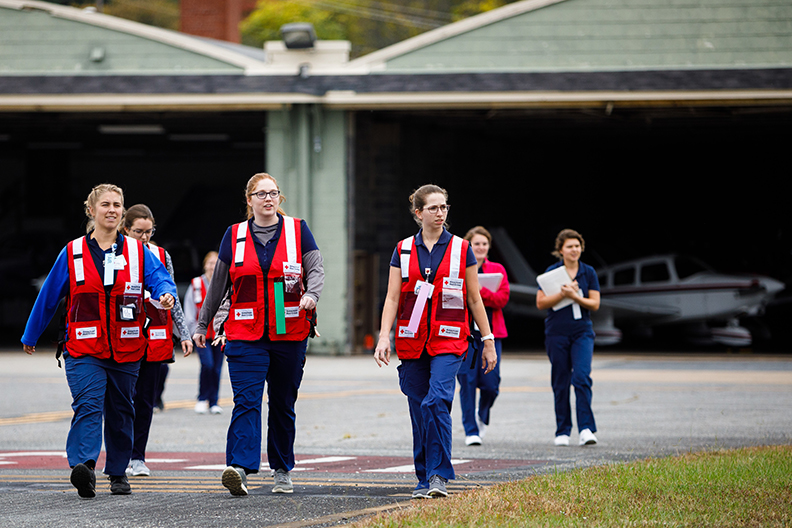 A Cessna 150, a training plane, was towed to the scene and used as a prop. A police vehicle, two firetrucks, and orange cones lined the boundaries before the victims took their places. The entire drill, from immediate medical response to the closing press briefing, lasted roughly one hour.

“The simulation was super chaotic, but it was an awesome learning opportunity,” said nursing student Sarah Sorowice, who played a leadership role in the emergency response. “These are roles we can all potentially be in someday, so it’s great to get the experience in a simulated environment. …”

“I learned that there’s a lot of moving parts in a crisis situation that you don’t always think about,” she added. “You can read about it all you want, but it’s very different when you actually experience it. Everyone has a job they’re trying to accomplish.” 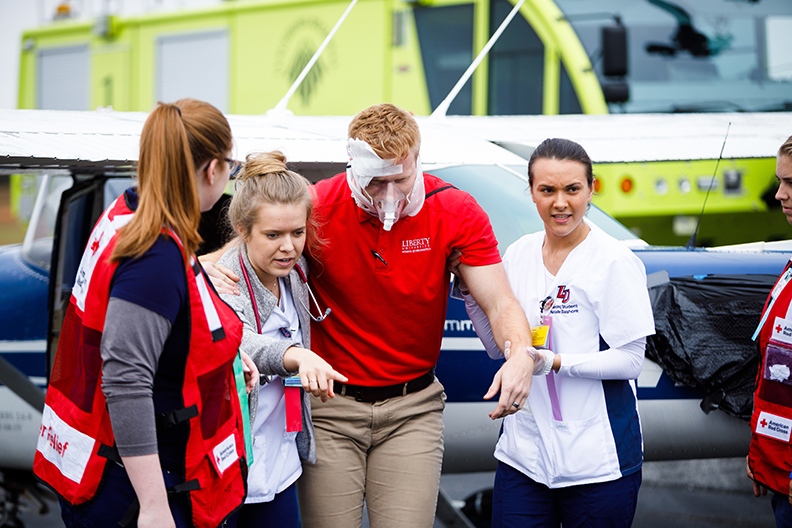 The Lynchburg Regional Airport and Freedom Aviation hosted the simulation. The students used Runway 17, which was closed for the mockup location.

“The visual learners and the tactical learners like myself really benefit from opportunities like this,” said Meredith Boardman, an aviation administration student. “In the classroom environment, you can sit and learn book knowledge all day and hear a professor lecture, but with the fields we’re going into, it’s so critical to have the practical, hands-on experience that you know you’ll be able to implement once you go out into the field.”

According to Dr. Dana Woody, the lead community health nursing faculty member with the School of Nursing, the simulations gave participants an opportunity to experience a crisis emergency without real-life repercussions. 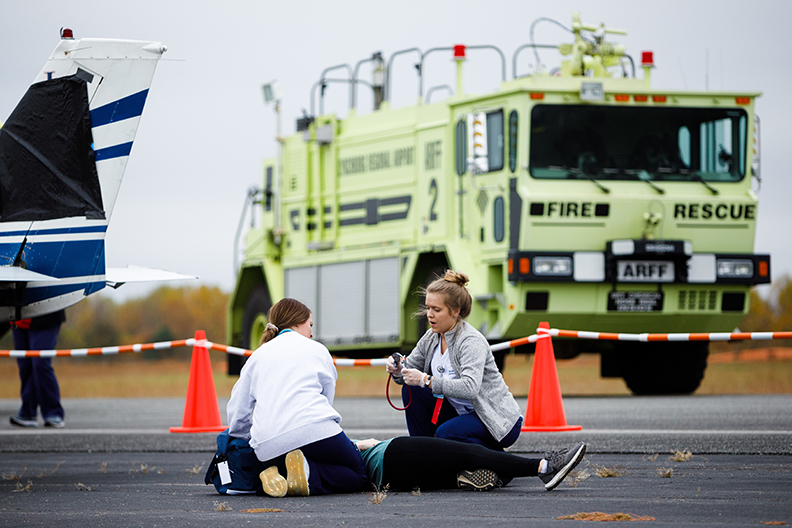 “I think simulations are great experiences for the nursing students because they get to see things from the perspective of reality,” Woody said. “We want them to have an opportunity to learn and grow in a simulated environment versus a real environment, where mistakes can be made, but not reversed.”

Woody also coordinated the response of the American Red Cross (nursing students acted in those roles).

“The simulation went really well. … We are extremely blessed that we can be afforded these opportunities to train professionals who will go out into the field and be world-changers,” Woody said. “That’s what it’s all about.”

Sorowice said it was great to collaborate with another department to execute the simulation. She added that not many schools could offer the same amount of resources to produce this type of training environment.

“It’s great that we get to build these different relationships with different members of the Liberty community,” Sorowice said. “A lot of schools don’t have this opportunity, and their first (crisis) experience is in real life. I learned that I still have a lot to learn. But that’s OK because we’re still students, and we’re learning.”