For King & Country brings message of truth in Convocation set

The Australian Grammy Award-winning singers and brothers, Joel and Luke Smallbone, communicated truth through both their lyrics and the words they spoke, walking out into the audience to extend high-fives and hugs while playing their song “It’s Not Over Yet.”

The brothers said their message resonates with college students. 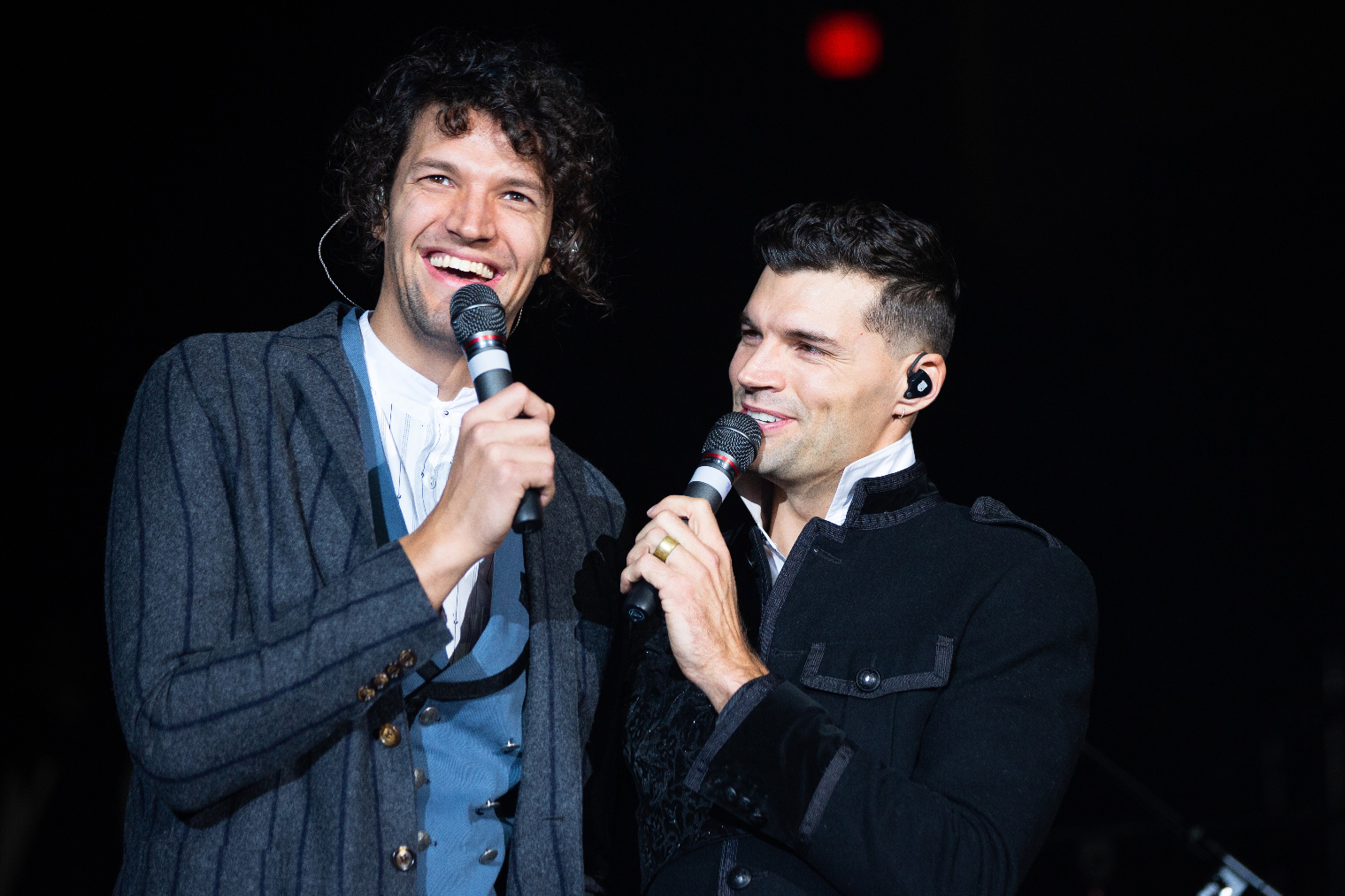 “There’s a big question that college-age (students) and the young generation is asking and that is, ‘What are we going to lean into?’” Joel Smallbone said during an interview before Convocation. “The younger generation wants a cause — you can see it — that we’re gravitating toward, whether it’s a political cause, or a spiritual cause, or whatever it might be. They’re desperately looking for something, and our hope is that they’re not trying to chase after the wind, but after God, and why He put them here on this earth.”

In early June, the brothers shot a music video for their song “God Only Knows.” It was the same week that celebrity chef Anthony Bourdain and fashion designer Kate Spade took their own lives.

“That kind of dug into the reality of suicide, and it just really realized that it’s an epidemic.” Joel Smallbone said. “In the 1980s, 20 percent of Americans claimed to be lonely. In 2018, almost 50 percent do, and yet, in that 38-year gap, we’ve become more communicative than ever, but it seems like we’re not connecting as much. That’s one of the questions we’re asking ourselves, ‘How do we truly connect in a deep way?’”

He said the answer is through more face-to-face communication and prayer.

During Convocation, the duo sang hits such as “Shoulders” and “Fix My Eyes.” They also performed new songs off their recently released album “Burn the Ships.” 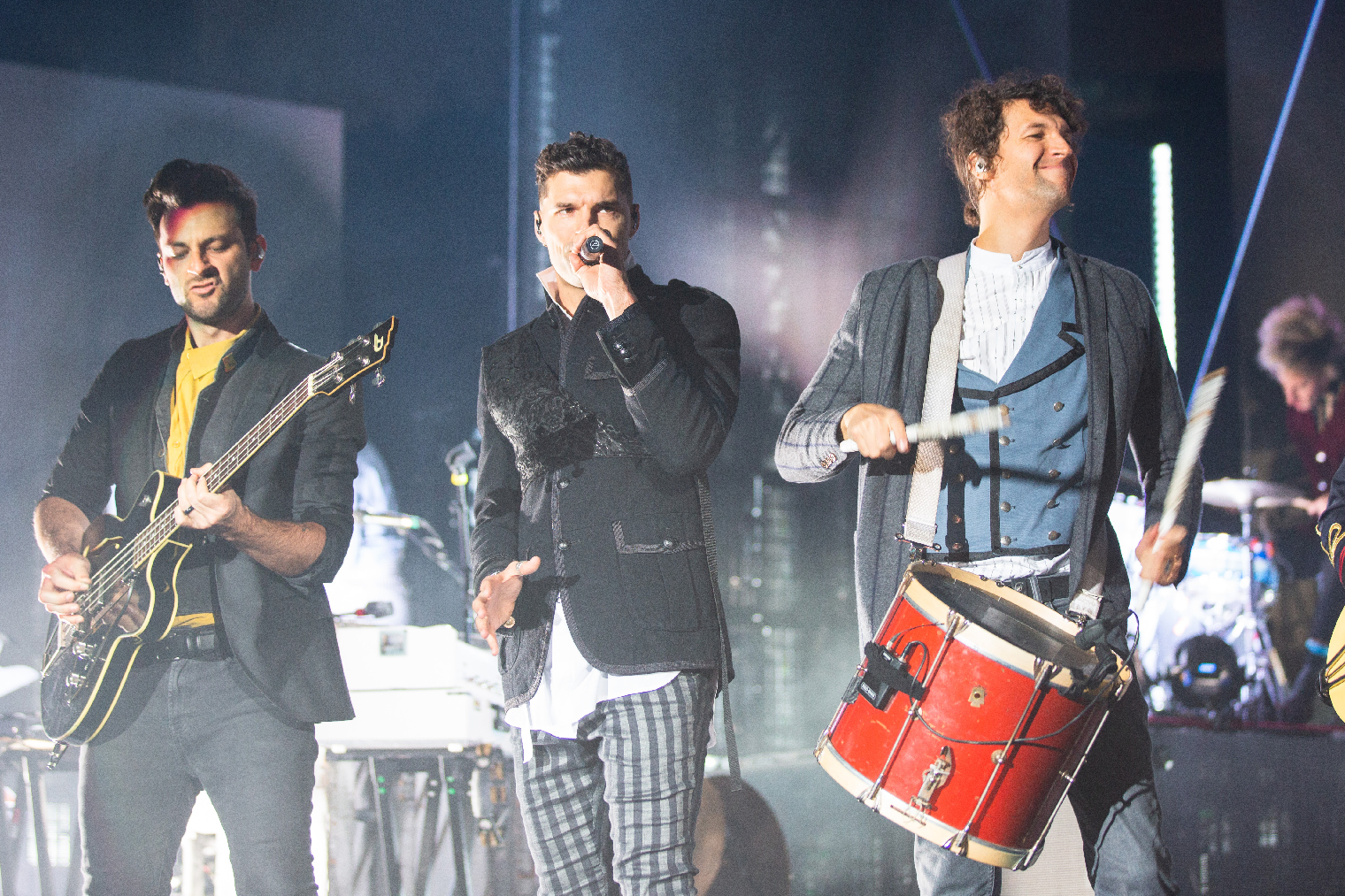 Luke Smallbone shared the personal significance behind the title song, “Burn the Ships.” His wife, Courtney, became addicted to nausea medication during her second pregnancy. After a two-week stay at a mental hospital, she was set free from her addiction and flushed the pills down the toilet, symbolizing that she was no longer consumed by her past, but ready and willing to move onto a brighter future.

Joel Smallbone, who became a United States citizen last year after his family moved from Sydney to Nashville, Tenn., when he was a kid, has adopted a passion for his new homeland.

“I’ve found myself really caring more deeply than ever about this country, about ‘We the People,’ about the future,” he said.

He spoke out against pornography as a corrupting force in the way men look at and interact with women and against sex trafficking, which, if trends continue, will overtake the drug cartel as the largest illegal industry on earth.

It’s a cause that is close to the band’s heart. Their movie “Priceless,” which Joel starred in, Luke helped produce, and older brother, Ben, directed, has since mobilized audiences to work to end human trafficking. The trailer and title song from the movie debuted in September 2016 at Liberty’s Convocation.

Joel Smallbone encouraged students to see themselves as valuable and having a distinct purpose. 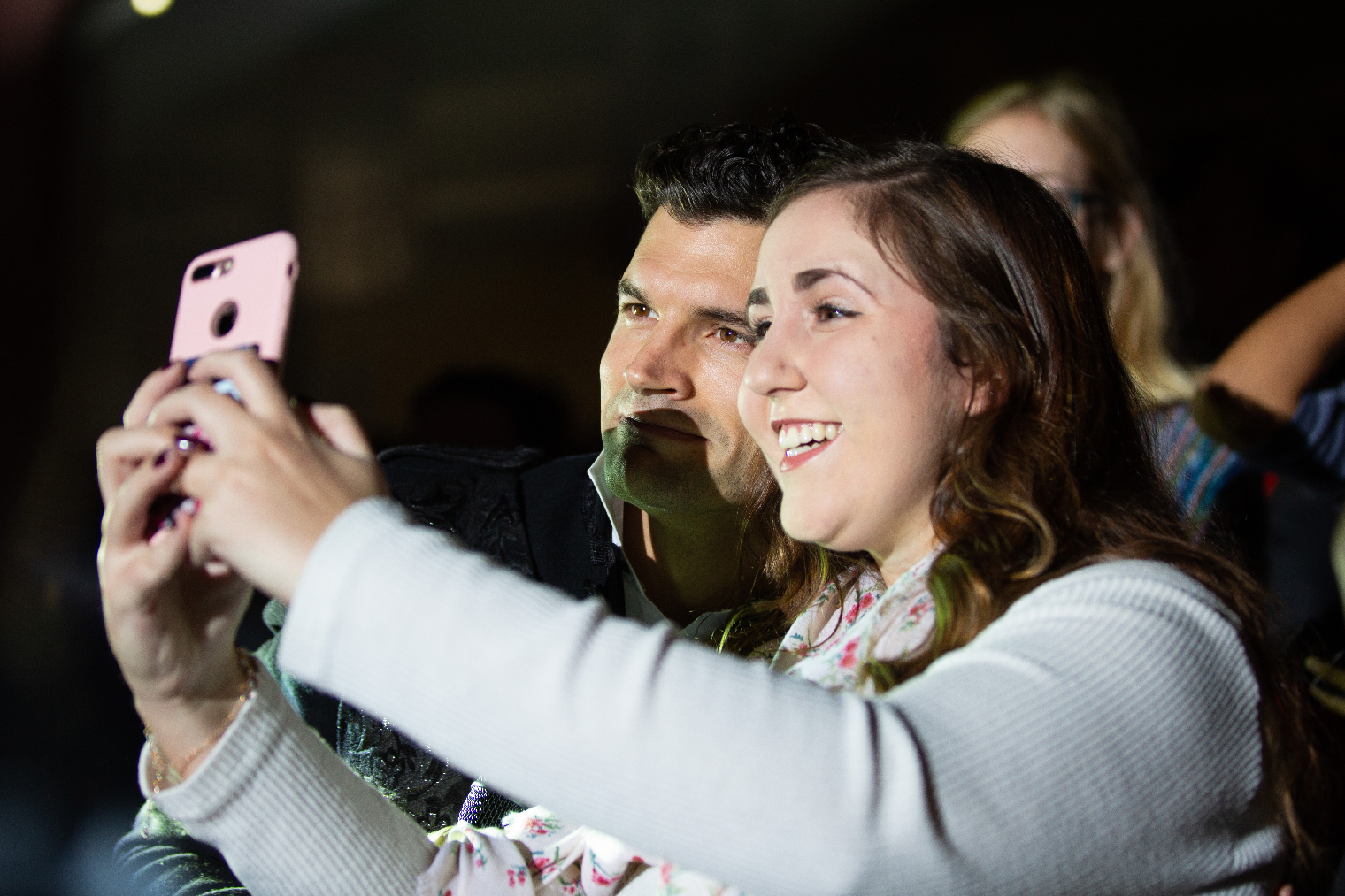 “It seems there is a looming question above your head and that is this, ‘Where do you find your self-worth?’” he asked the students. “There are 7 billion people on the face of this planet. There is one you. You are unique, you are fearfully and wonderfully made in the image of God.”

He encouraged the men in the room to continue to be an example of integrity and purity in a culture that constantly pushes sexual perversion.

“I believe there are great men at Liberty University, great men standing in this arena,” he said, extolling virtues such as denying self and protecting, loving, and standing up for women. “Chivalry is alive and well because of these men right here this morning, I believe that.”

Watch the for King & Country takeover on Liberty’s Instagram.