Samaritan’s Purse CEO and President Franklin Graham continued Liberty University’s Global Focus Week by encouraging students in Convocation on Wednesday to make the most of the life God has given them.

“You have to be willing to turn your back and give it all,” Graham said. “You have one life to live. Live it. Live it for Him, but there’s a cost and price. And He requires you to make Him first in your life.”

Liberty President Jerry Falwell introduced Graham, a personal friend of his, and highlighted the tremendous global impact of his organization.

Samaritan’s Purse has offices around the world and has several international outreaches, including Operation Christmas Child. At Wednesday evening’s Campus Community, students are being challenged to pack 6,000 shoeboxes for the largest ever partnership.

The organization’s mobile Emergency Field Hospital was set up on campus for students to tour and talk with Samaritan’s Purse doctors and nurses who responded to a major conflict in Mosul, Iraq. The responders provided emergency medical care for those injured during the battle between Iraqi forces and ISIS last year. 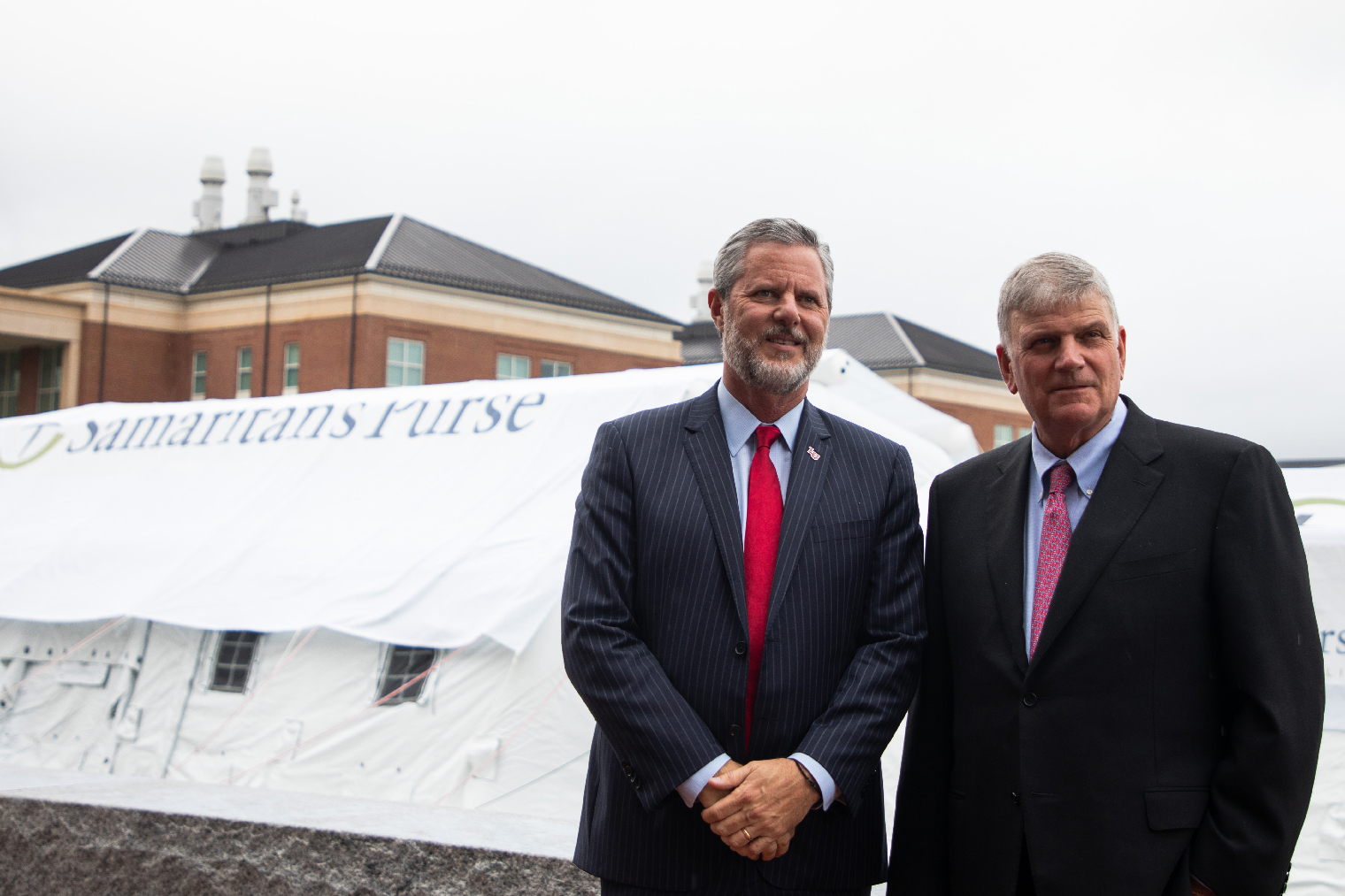 During Convocation, Graham read from the Gospel of Luke where he highlighted the cost of following Christ. He pointed out several instances in Luke where people were asked to follow Jesus only to respond with an excuse.

“We need an army of men and women who are willing to go and to follow the Lord Jesus Christ to the ends of the earth,” he said. “Remember you have to love Him more than anything else in this world. No excuses.”

Though the cost is great, Graham described the blessing that comes with obedience. He used the example of when Jesus called Peter and Andrew in Luke 5 to become “fishers of men.” After a fruitless night of work, the fishermen watched their fishing nets and boats overflow with fish after Jesus told them to try again. But Jesus had bigger plans for them and asked the men to leave the miraculous catch behind and follow Him.

“When you obey God’s voice the blessing He pours out on you is incredible,” Graham said. “But it starts with obedience. You got to give it all, no excuses. Just obey. That’s what God wants.” 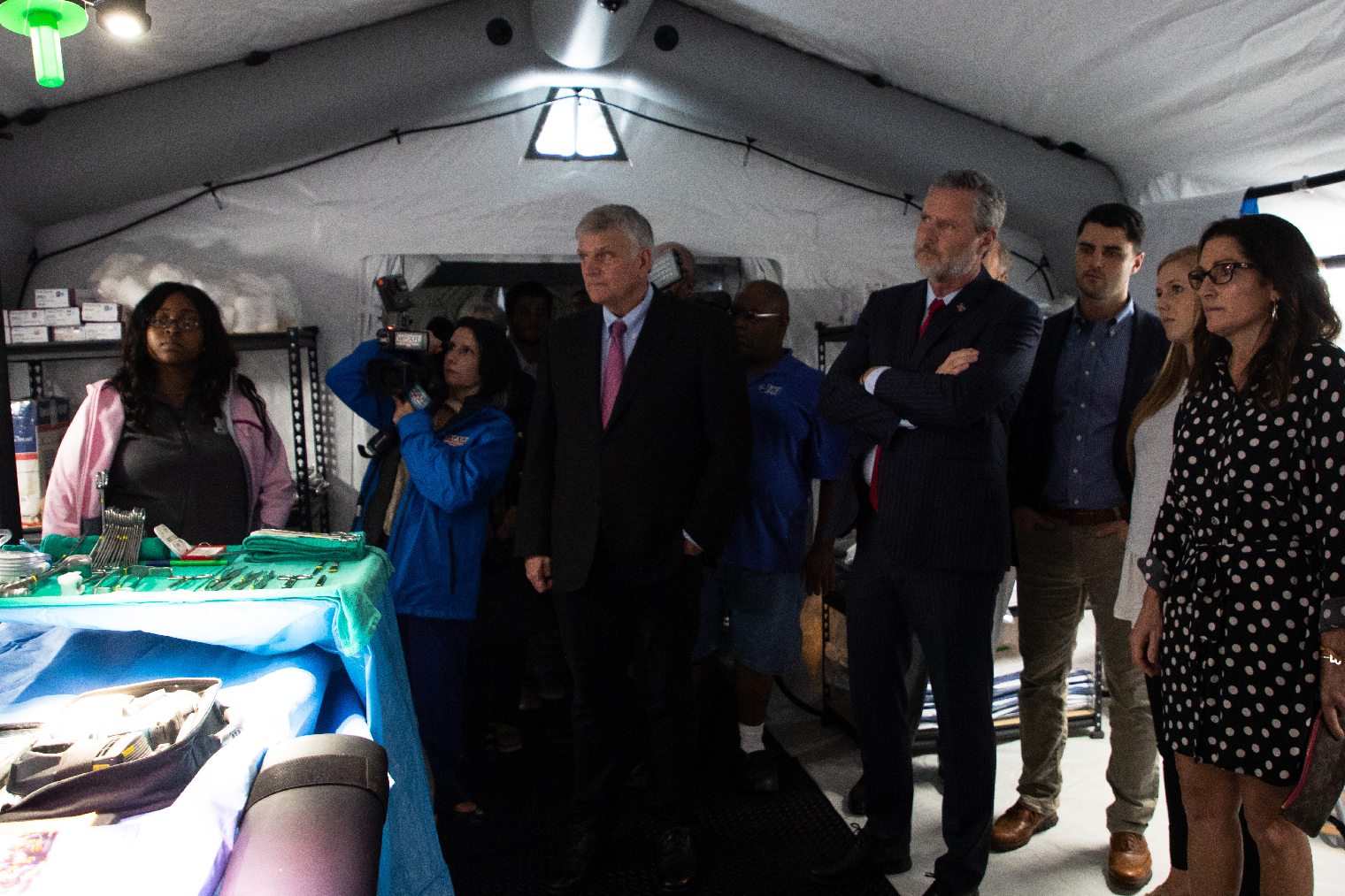 During Convocation Liberty also honored a longtime servant of the Gospel. Falwell presented Wallace Turnbull with the first Liberty Global Partner Award. Turnbull and his wife, Eleanor, are the founders of Baptist Haiti Mission, which has changed lives in Haiti for more than 70 years, planting more than 360 churches and impacting 146,000 students through Christian schools it founded. The couple received honorary doctorates from Liberty last year.

“My father was so impressed with the work the Turnbulls were doing in Haiti that about 20 years ago, he started a scholarship program for eight students from Haiti to attend Liberty each year,” Falwell said. “That has continued to this day.”

Turnbull received a standing ovation from the student body.

“I tell everyone I meet that we’re made in the image of God,” Turnbull said. “He puts into every individual what He wants to come out, but you have to give it back to Him. You have to give Him your life, heart, and mind.” 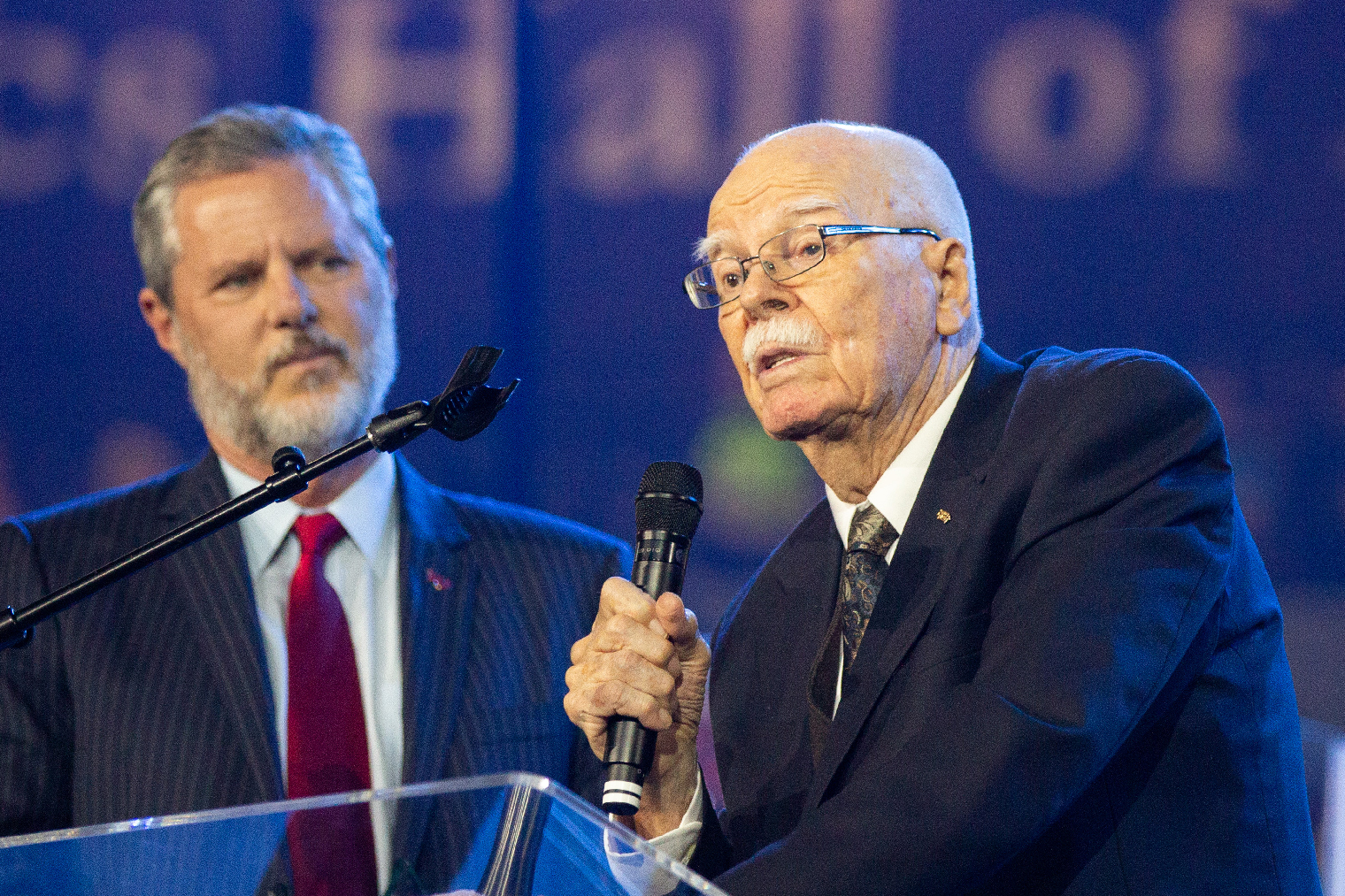 Following Convocation, students also got to hear from Nancy Writebol during a special event hosted by SIM, an international mission organization that works with more than 1,600 missionaries stationed in 60 countries. Writebol was the second American citizen to become infected with the Ebola virus while volunteering in Liberia during the outbreak. She also led a trauma healing workshop for students.

Global Focus Week continues through Friday with special events scheduled throughout the week, including a world market, and an art exhibit. Representatives from several organizations will be on campus to talk with students about global opportunities. (See the full list of events on the LU Serve website.) 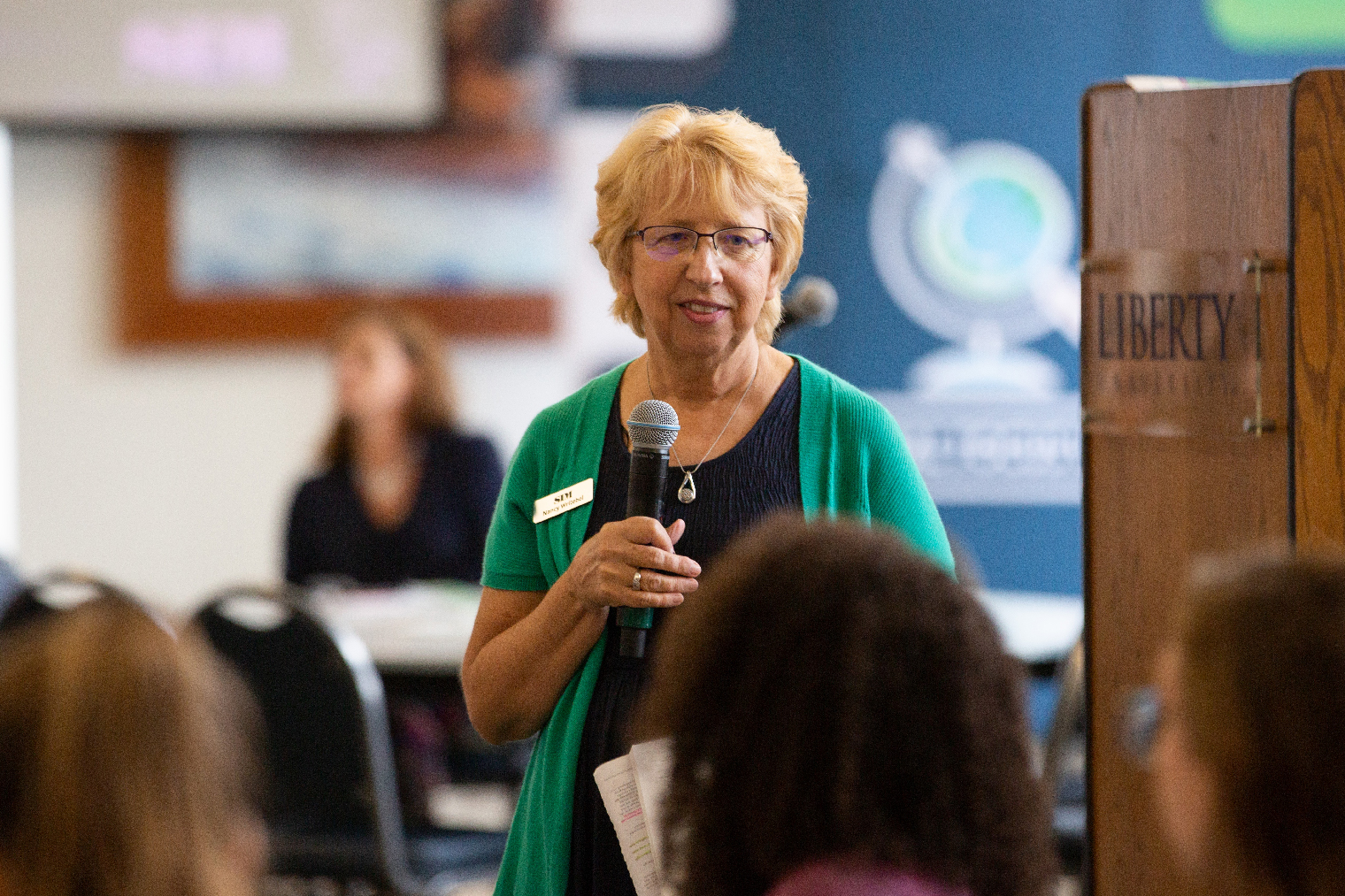