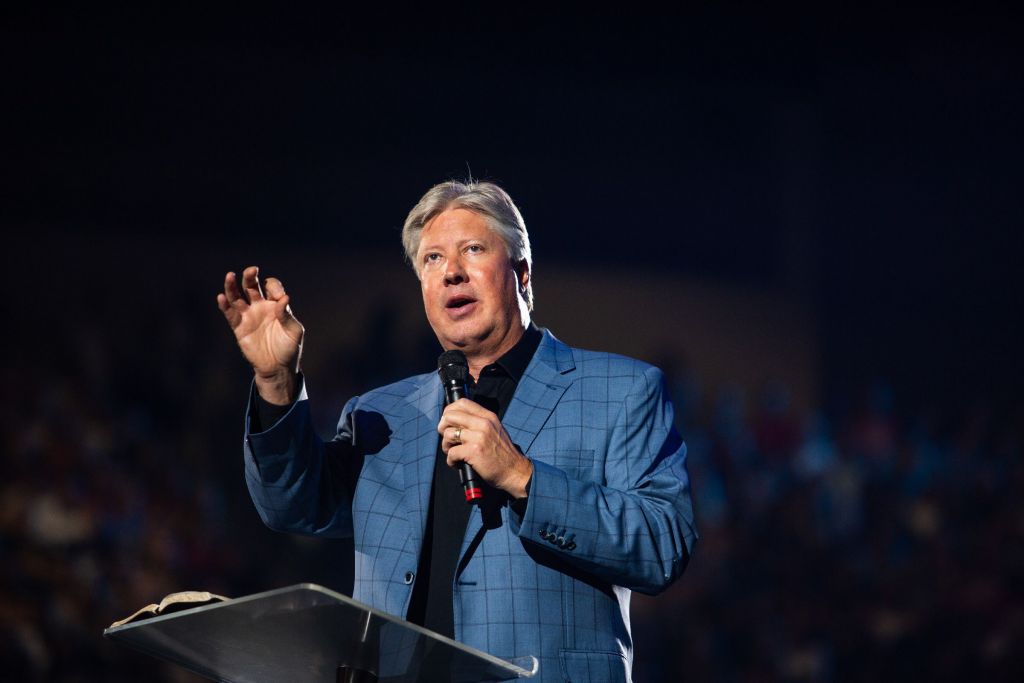 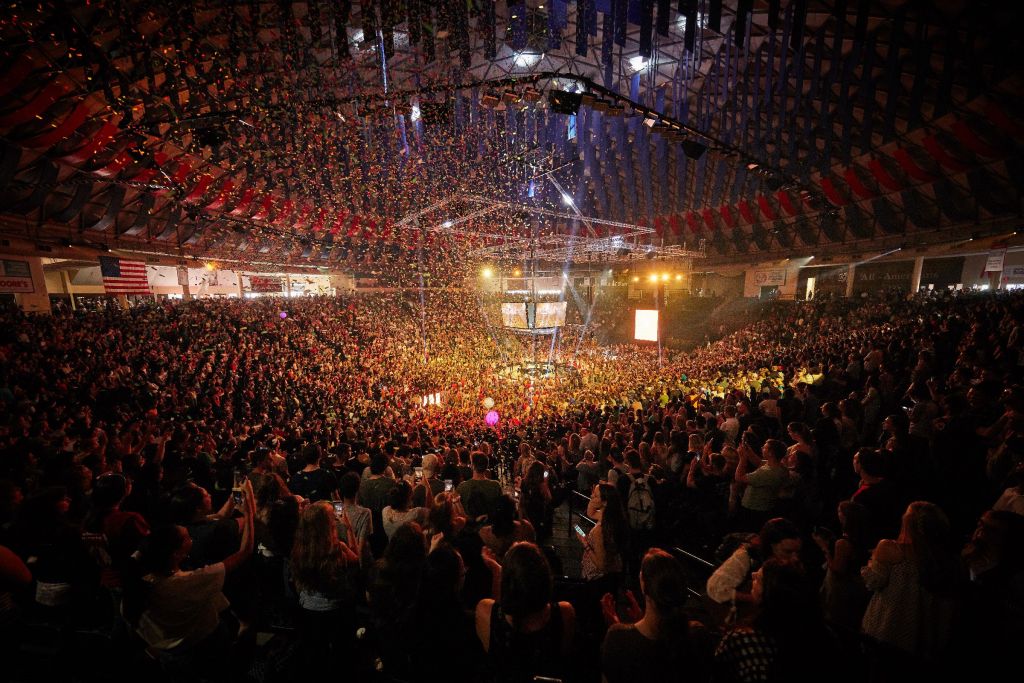 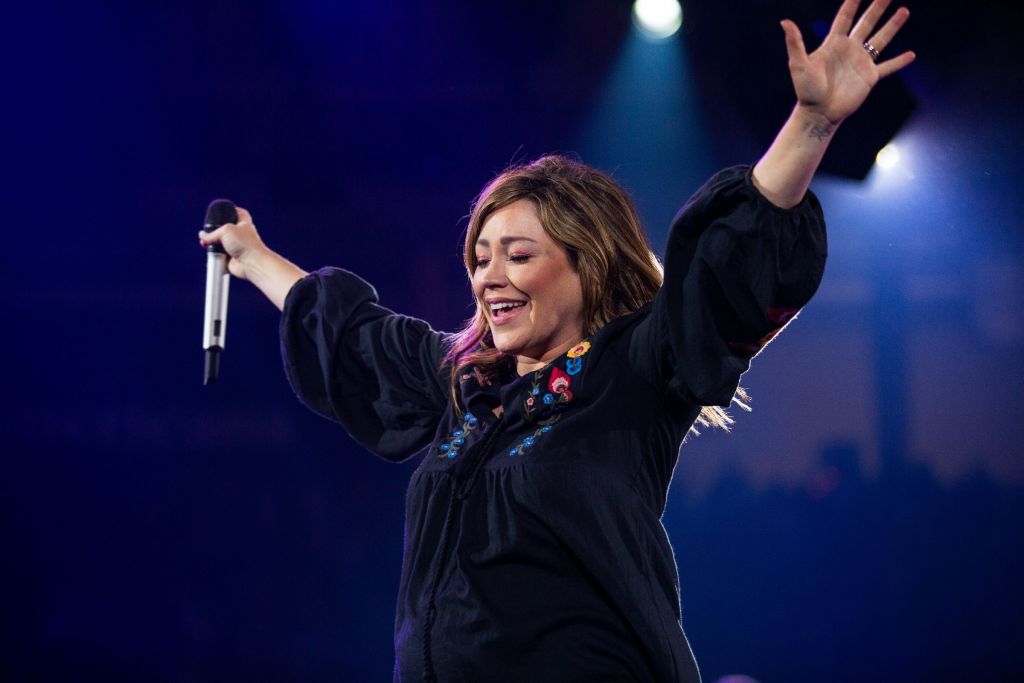 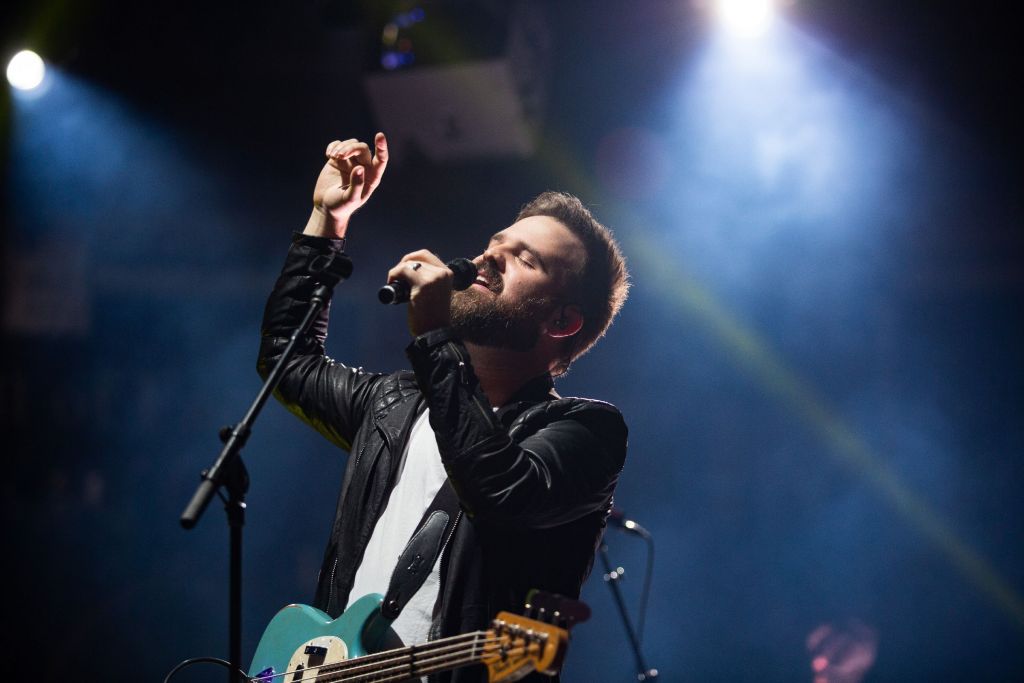 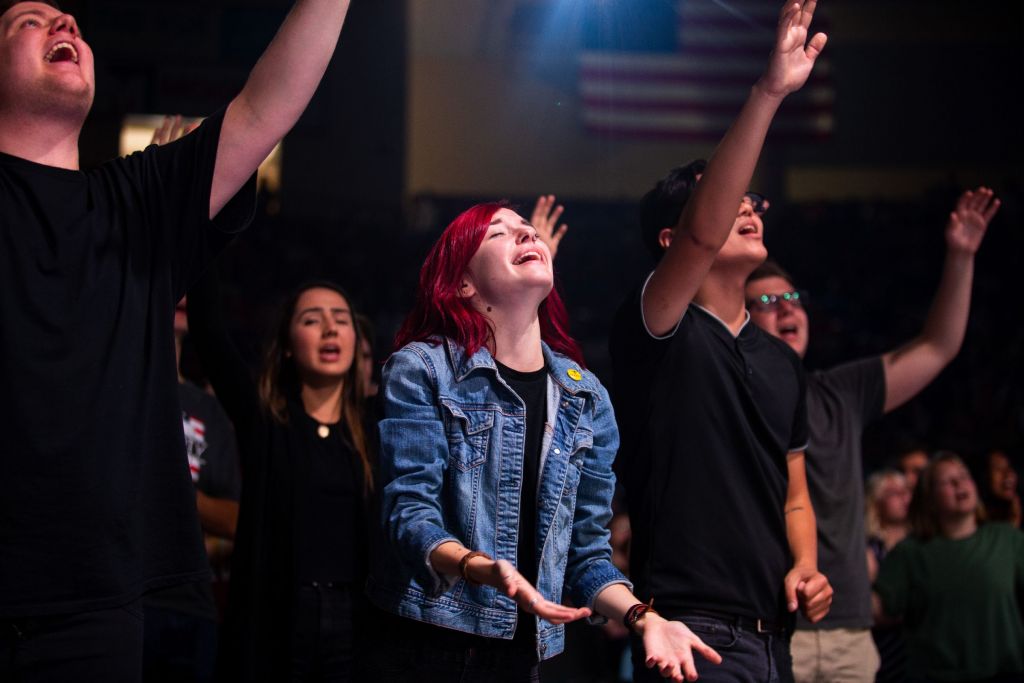 On Wednesday, thousands of Liberty University students filled the seats of the Vines Center for the first Convocation of the 2018-19 school year.

Renowned worship artists Kari Jobe and her husband, Cody Carnes, led the students in worship with “Revelation Song,” “What a Beautiful Name,” “O Come to the Altar,” and “The Cross Has the Final Word.”

Jobe is a Grammy-nominated artist who is known for worship songs such as “Fall Afresh,” “Heal Our Land,” and “Closer to Your Heart.” The couple met at Gateway Church in Dallas, Texas, where Carnes served as the worship leader. They have written several songs together, including “Let the Heavens Open.”

After worship, Gateway Church Senior Pastor Robert Morris preached about God’s true desire: His people. Gateway is a multicampus church based in the Dallas/Fort Worth Metroplex and has more than 39,000 active members. Morris is also known for his radio program, “Worship & the Word with Pastor Robert,” which airs across the country.

Morris was introduced by Senior Vice President for Spiritual Development David Nasser, who said his team asked Morris to return after he delivered a powerful sermon last year that challenged students during Convocation.

On Wednesday, Morris highlighted several passages in Ecclesiastes and Isaiah showing that Satan, originally a worship leader for a choir of angels, desired to be worshiped and to take some of God’s glory for himself, which led to his fall from heaven. However, Morris said God’s desire to love was much stronger, and He would replace the fallen leader with something much bigger. Referencing Genesis, Morris told how Adam searched the Garden of Eden for a companion and found no one and how God then created Eve to be Adam’s bride, someone made in Adam’s likeness. This was a parallel to how God sees His church, Morris said, and through that love, Jesus was led to make the ultimate sacrifice for His bride, mankind.

The Office of Spiritual Development will host the first Campus Community of the new year at 7:15 p.m. tonight (Wednesday) in the Vines Center. Jobe and Carnes will be back to lead worship as students prepare to start a new eight-week series.

Convocation continues this week with best-selling author John Maxwell on Friday. Next week, students will hear from the author of “The Five Love Languages” series, Gary Chapman, on Wednesday and Olympic diver and medalist Steele Johnson on Friday.

Convocation remains the largest weekly gathering of Christian young people in the country. Many Convocations are streamed live at Liberty.edu/Watch and on Liberty’s Facebook page.