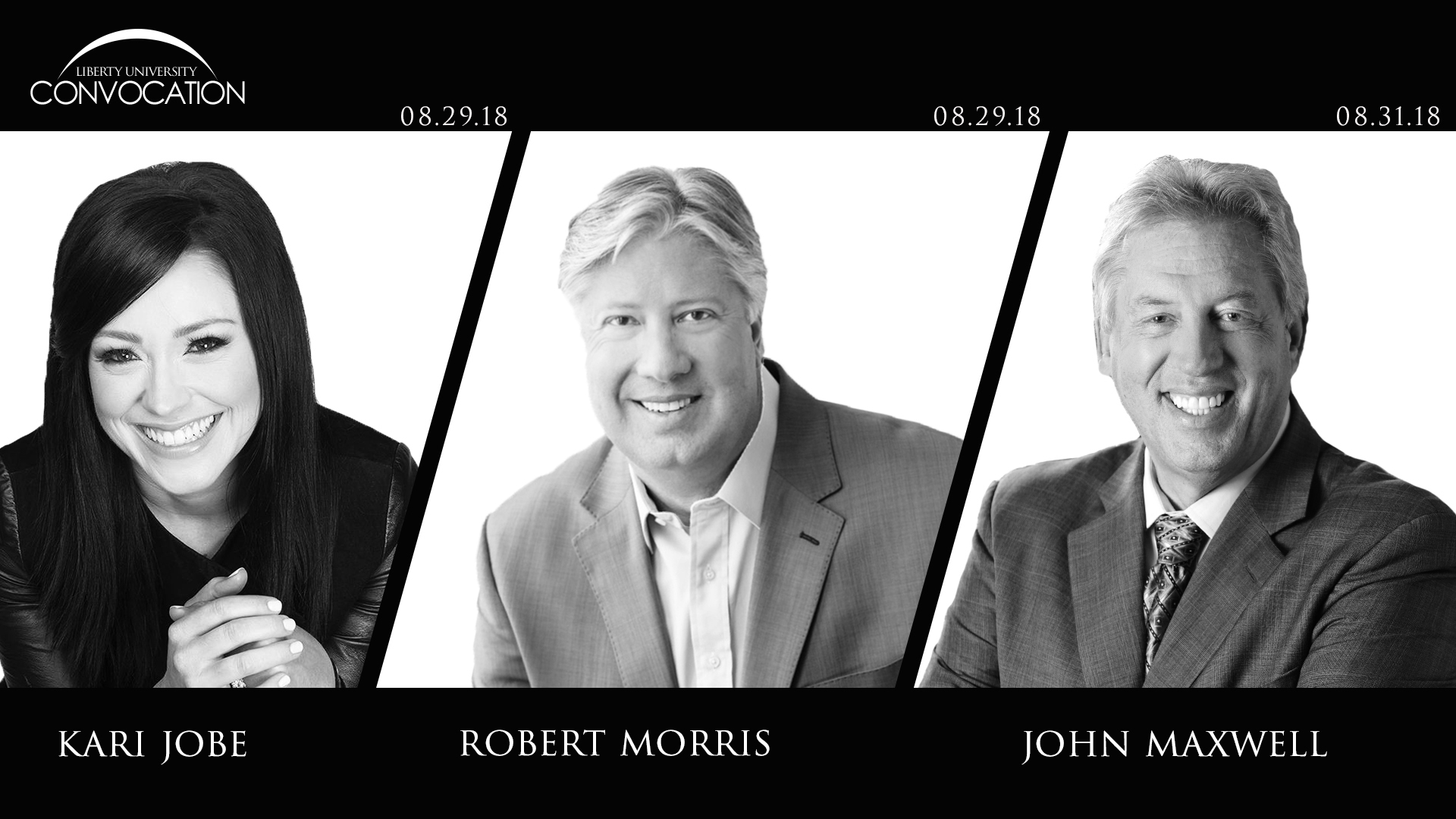 The first Liberty University Convocation of the 2018-19 academic year will kick off this Wednesday, Aug. 29, with Grammy-nominated artist Kari Jobe and her husband, Cody Carnes, as well as guest speaker Robert Morris, senior pastor of Gateway Church.

Jobe is known for worship songs such as “Fall Afresh,” “Heal Our Land,” and “Closer to Your Heart.” She and Carnes will lead worship in Convocation and in the first Campus Community of the new school year at 7:15 p.m. Wednesday in the Vines Center.

Morris is a best-selling author and prominent voice in the church community. His radio program, “Worship & the Word with Pastor Robert,” airs across the country. Gateway Church is a multi-campus church based in the Dallas/Fort Worth Metroplex and has more than 39,000 active members.

On Friday, Aug. 31, John Maxwell will speak in Convocation. Maxwell is a New York Times best-seller whose books have sold 24 million copies and have been translated into 50 languages. He was named the most popular leadership expert in the world by Inc. Magazine in 2014.

A Convocation schedule is released each Monday.