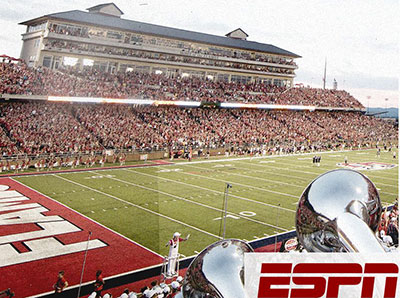 As it embarks on its inaugural season at the FBS level, Liberty University Athletics and ESPN announced Monday that Flames Football has reached a multi-year agreement on the exclusive media rights to Liberty’s home football games.

Liberty has produced content distributed on the ESPN mobile app for nearly a decade, including more than 125 events in 2017-18. The upcoming six-game 2018 home football schedule will be streamed on ESPN3. 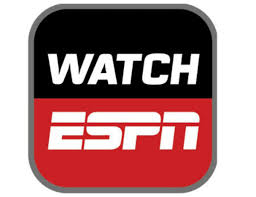 “We are excited to extend our agreement with ESPN as our football program ascends into the Football Bowl Subdivision,” Liberty Director of Athletics Ian McCaw said. “This relationship will afford Flames Nation an opportunity to follow Liberty football throughout the nation on ESPN platforms.”

A unique aspect of this agreement with ESPN is that Liberty’s own Liberty Flames Sports Network (LFSN) team produces content that is carried on ESPN digital platforms for each of the home games. This Emmy Award-winning team has produced more than 300 events for national distribution over the past two years.

The talent team for Liberty/ESPN games will be Matt Warner (play-by-play), Joe Jauch (analyst), and Bobbie Bohlig (sideline). The LFSN coverage will also include pre-game, halftime, and postgame (Facebook Live) analysis from a special set which has been included in the east side of the Williams Stadium expansion project. The talent team will include Rett McGibbon, D.J. Jordan, Matt Camire, and Patrick Kelly.

The agreement does allow ESPN to choose any home football event to be aired on one of its linear networks (ESPN, ESPN2, ESPNU). As Liberty moves to status as an FBS independent football program, the live coverage rights are Liberty’s to offer to a distributor.