Rachael Denhollander to speak in Convocation next week 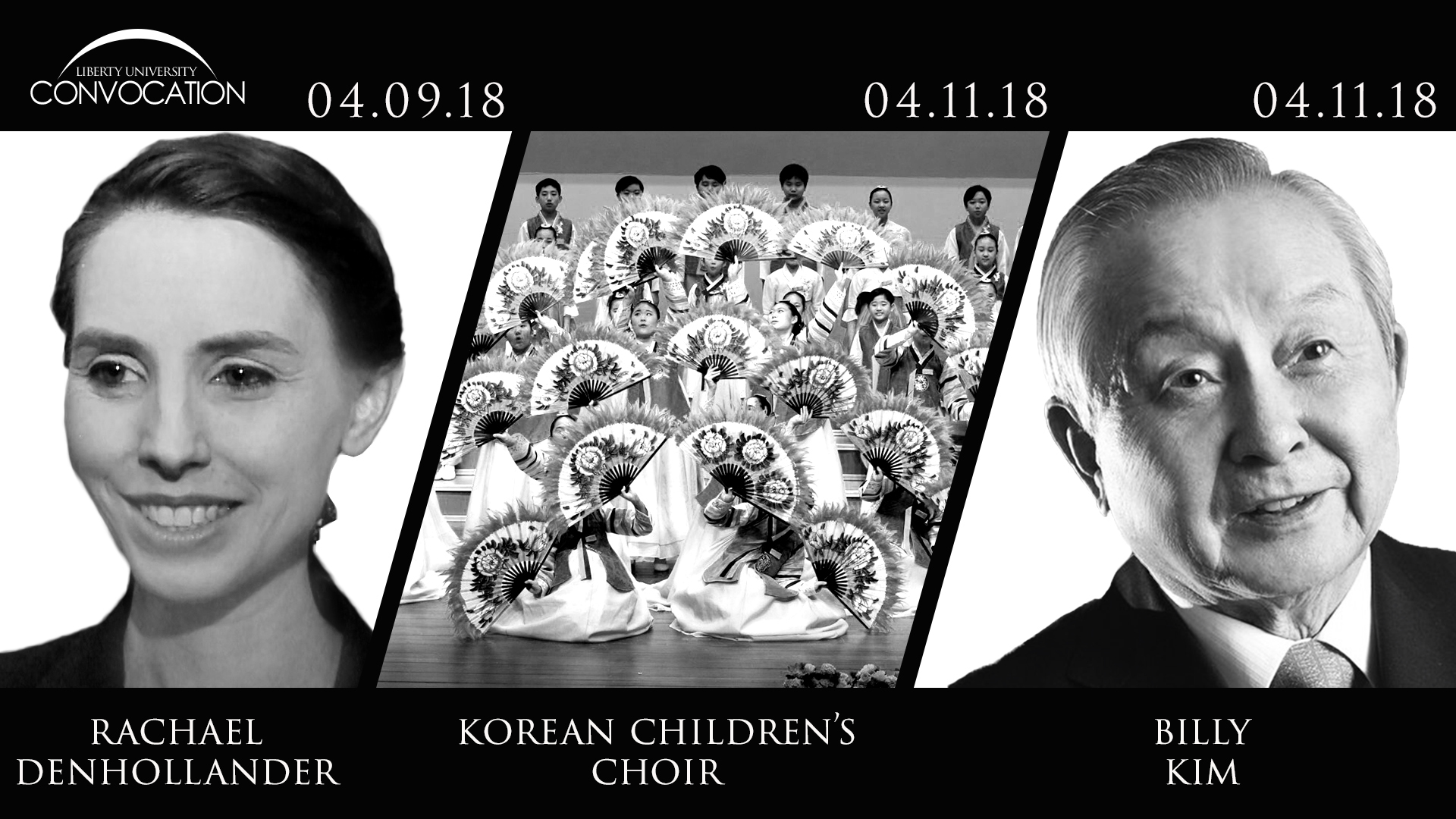 Liberty University students will hear from a leading voice in exposing and preventing sexual abuse as well as an influential Korean pastor in Convocation next week.

Rachael Denhollander, a lawyer and a former gymnast, became the first woman to publically accuse former USA Gymnastics doctor Larry Nassar of abuse and Denhollander’s testimony led to more than 160 women coming forward with their own accusations during the trial. Nassar was recently sentenced to 40-175 years in prison. Since the trial, Denhollander has become an outspoken national advocate for victims of sexual abuse.

April is Child Abuse Prevention Month. After Convocation, Denhollander will give a presentation at Liberty University School of Law at 4 p.m. in the Supreme Courtroom titled, “The Lion and the Lamb – How the Person and Work of Christ Should Shape Our Approach to Abuse.”

The Far East Broadcasting Company (FEBC) Korea Children’s Choir and Dr. Billy Kim will be the featured Convocation guests. The FEBC is an international radio network that airs Christian broadcasts in 107 languages. The Korea Children’s Choirs serve as international ambassadors and have performed around the world. Kim is one of the most prominent evangelists in South Korea where he serves as the pastor emeritus to the 15,000 members of Central Baptist Church in Suwo. He also serves as the president of FEBC-Korea, overseeing 11 radio stations broadcasting in Asia for the past 40 years.

There will be no Convocation due to the Big South Undergraduate Research Symposium. Convocation will return to the Vines Center on Monday, April 16.