The event began with a time of honoring the nation’s military members and veterans. Members of Liberty’s ROTC presented the colors, followed by a reciting of the Pledge of Allegiance and a rendition of the national anthem led by the Liberty Worship Collective.

Robichaux became a Marine at age 17 and served eight tours in Afghanistan, where he was part of the Joint Special Operations Command (JSOC) Task Force. He also earned a Medal of Valor for his efforts.

“I thought I was prepared because I was mentality and physically prepared,” Robichaux said. “But if you had asked me if I was spiritually prepared, even if I was a Christian, I would have said yes at the time. But truthfully, I didn’t know what that meant.” 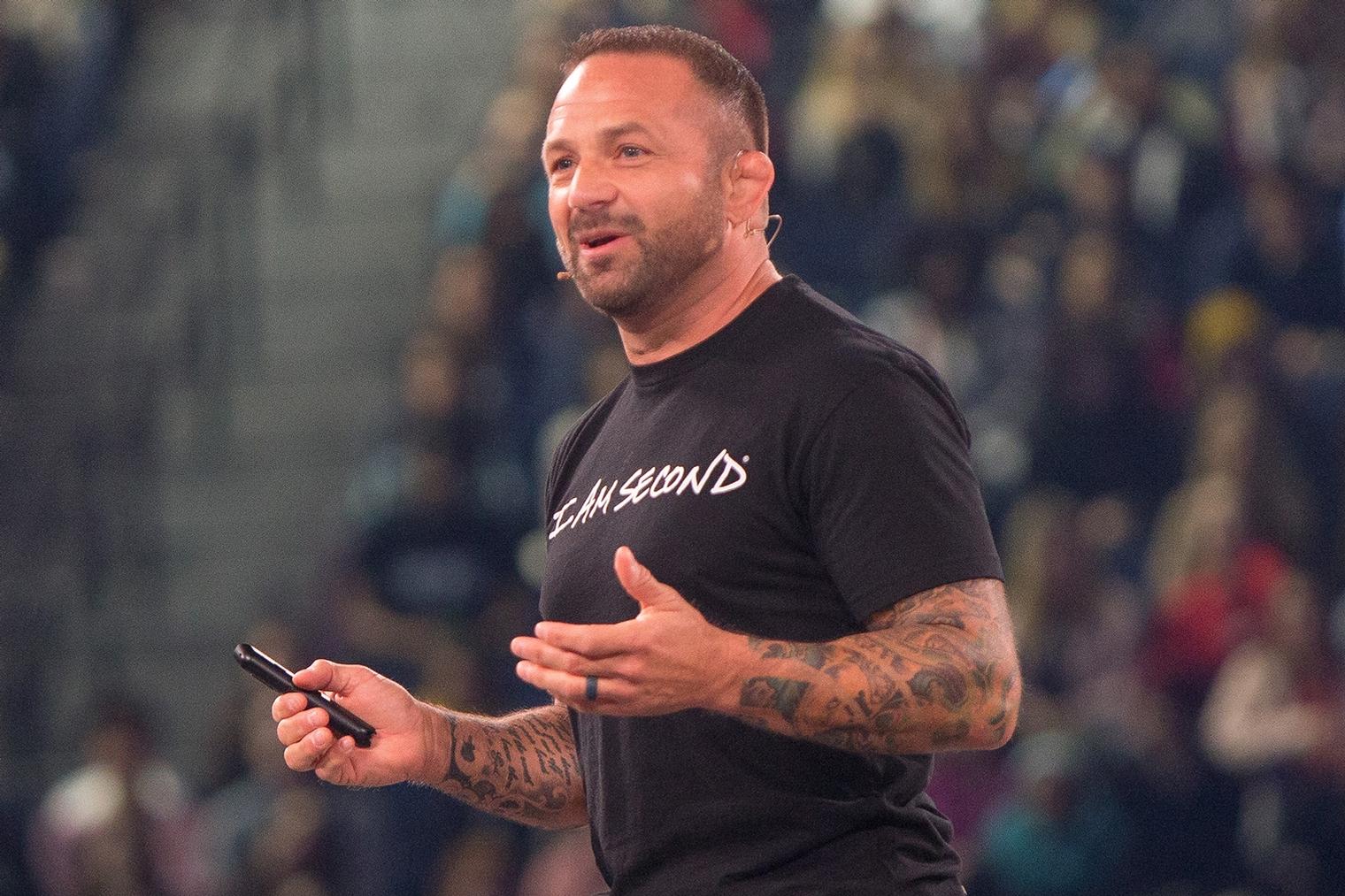 While in the Middle East, Robichaux said he lived with Afghan families who told him stories of what the Taliban had done to their people. Robichaux said hearing and seeing evil made him fill his own heart with hate and vengeance.

“Everyone I worked with felt the same way,” he said. “We were extremely intense about doing our job and were driven by that intensity. It worked well in Afghanistan … but you have to come home. You go, 24 hours from being in Afghanistan, to your wife picking you up from the airport to be a husband, to be a dad, to be that friendly neighbor – but I couldn’t do it.”

Robichaux said he carried that anger with into his personal life between deployments. Over time, the anger turned into anxiety, but Robichaux said he didn’t talk to anyone about it because he was afraid of appearing weak. Eventually, he was diagnosed with post-traumatic stress disorder (PTSD) and had to return stateside for good.

“I was so ashamed and I felt like I failed not only the guys (on my operations team), but the nation,” Robichaux said. “I was at a point of brokenness, and I didn’t know where to go.”

His wife, Kathy, along with his counselor encouraged him to pick up wrestling and Brazilian Jiu-Jitsu. But instead of using it as a tool to help him deal with the PTSD, Robichaux became obsessed and would spend up to 12 hours a day training as a way to hide from his problems. Robichaux competed in professional events, such as NBC’s World Series of Fighting, Showtime’s StrikeForce, MTV2’s Bellator FC, and Legacy FC.

“I hid in the success of it,” he said. “I opened my own gym with a 1,000 students. I started fighting professionally again. I was 18-2 as a pro fighter. I won a world title. I fought in all those big shows, but during this time I surrounded myself with people who told me everything I wanted to hear and no one who told me what I needed to hear.”

As Robichaux sought more worldly success, his life was crumbling. He had an affair and filed for divorce. He contemplated suicide and spent two weeks deciding how to end his life.

The turning point was when his wife came to his house with the divorce papers and asked him why, after all he’s been through, he would quit on his family. Robichaux sought a mentor through their church and began to turn his life around when he accepted Jesus as His Savior.

“I came to a point where I didn’t let my past define my future,” he said. “When I simply aligned my life with the life God intended me to live, I found restoration in my relationships, I found hope for the first time, and I found what I had been looking for my whole life – and that was purpose.”

It led to Robichaux starting the Mighty Oaks Warrior Program, a foundation committed to serving veterans and their families in the road to recovery from PTSD. More than 1,000 people have graduated from the program.

In closing, Robichaux encouraged students by telling them that God has a promise of hope and restoration for each of them.

“There’s a million ways in this world that you can get hurt through losing people, relationships and struggles in life,” Robichaux said. “Sometimes that promise will lead us to our knees in prayer. In other times, I pray it will be the faith you need to move forward.”

Wednesday’s Convocation was just one of the many events honoring service members and veterans this week. Later in the day, Liberty held its annual Veterans Appreciation Reception. On Monday night, a special remembrance service was held at the Liberty University Worley Prayer Chapel to honor Liberty faculty, staff, and students who gave their lives for freedom.

On Tuesday, President Jerry Falwell signed a statement of support for members of the National Guard and Reserve who are employed at LU. He met with leaders of the Employer Support of the Guard and Reserve (ESGR), a Department of Defense agency that promotes cooperation between employers and their employees serving in the National Guard and Reserve. The ESGR statement recognizes service members as “essential to the strength of our nation and the well-being of our communities.” On behalf of Liberty, Falwell pledged that the university will continue to honor the Uniformed Services Employment and Reemployment Rights Act (USERRA), appreciate the contributions of its service members to the workforce, and encourage opportunities to employ Guardsmen, Reservists, transitioning service members, and veterans.

Liberty will also host the first Veterans Day Parade in Lynchburg since World War II on Saturday morning. The week will conclude with the Military Appreciation Day Football Game in the afternoon, including a special military tribute halftime show and the awarding of the 2017 George Rogers Champion of Freedom Award and many other special recognitions.