TMZ Sports interviewed Liberty University President Jerry Falwell Jr. and his wife, Becki, yesterday about their part in flying the family of former Liberty and New York Giants running back from Lynchburg to Los Angeles to see his “Dancing with the Stars” performance last week.

In the short interview, Becki Falwell said she received a call from Jennings the week before the show aired to see she knew anyone who had a plane he could rent. She said she asked President Falwell if they could use Liberty’s private jet.

President Falwell said it was a thank-you gift to Jennings for speaking at Commencement last year. Jennings did not request payment for speaking.

“I thought: 'Here’s a way we can pay him back and help his parents, who are wonderful people,'” President Falwell said.

Read the original story below. 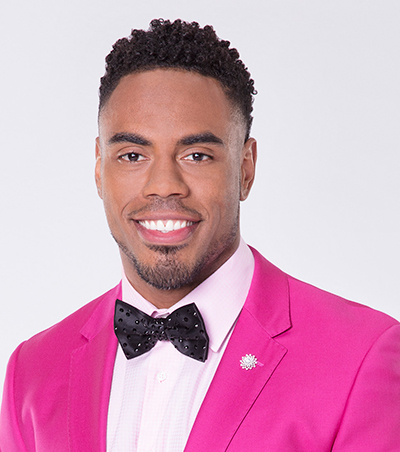 On Monday night, former Liberty University star football player and NFL free agent Rashad Jennings dedicated his “Dancing with the Stars” performance on ABC to his father, an emotional time that brought one judge to tears. As he concluded his dance, Jennings exited the floor to embrace his father, a powerful moment made possible because of Jennings’ alma mater. Jennings received the highest score of the night, and his story captivated the nation.

The Jennings family is from the Lynchburg area. Jennings’ father, Albert, is a double amputee and due to health issues was unable to fly commercial to LA for the live show’s “Most Memorable Year” episode, where several of the dancers’ family members were in attendance. But Liberty sent Jennings’ parents and a brother and sister-in-law from Lynchburg in a private jet. President Jerry Falwell saw them off, and his wife, Becki, and daughter, Caroline, joined the Jennings family and also attended the live television event and met with Rashad Jennings afterward. 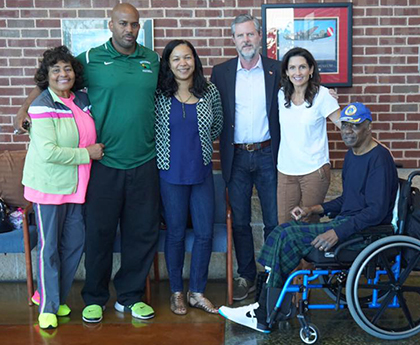 “It was an honor for me to accompany the Jennings family to LA to see Rashad on ‘Dancing with the Stars,’ Becki Falwell said. “His performance was incredibly emotional because he dedicated it to his father. For Liberty to make it possible for his family to be there and for Rashad to be able to hug his father and mother after the dance was unforgettable and had everyone in tears. He received a near perfect score and a standing ovation. He was so grateful for Liberty University for helping make it all possible.”

Jennings shared his appreciation in a post on Instagram: “Thank God for you (Becki Falwell) and Liberty University for flying my dad out to the show! I’ll never forget your most kind gesture.”

A pre-filmed video shown during the episode revealed how Rashad Jennings overcame a strained relationship with his father and learned the value of unconditional love. After spending his first year playing football at the University of Pittsburgh, Albert Jennings’ health declined and he needed an amputation. Rashad Jennings transferred to Liberty to be closer to home and help take care of his father. 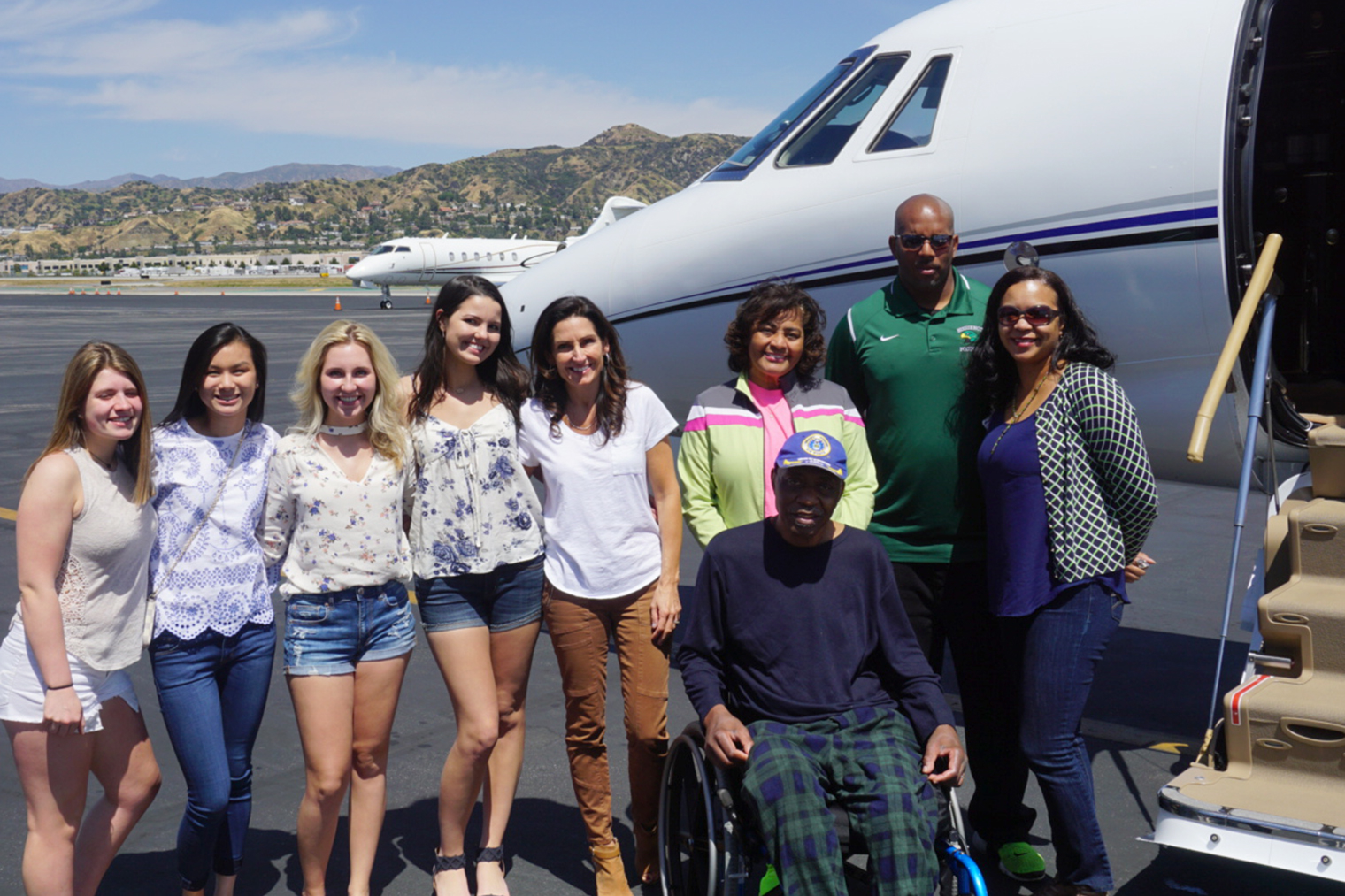 “It was bigger than football — it was my family,” Jennings said. “Being closer to home changed the way me and my father related to one another. My dad got lost at one point, but I never held a grudge against him; it just made me want to be there for him even more. 2006 (his first year at Liberty) was my most memorable year because that is when I began to realize what unconditional love means.”

Jennings and partner Emma Slater danced to the song “Unconditionally” by Katy Perry.

Though he thought he was giving up his dream to play in the NFL — a sacrifice he made for family — Jennings went on to have a stellar career at Liberty and was drafted into the league by the Jacksonville Jaguars, spent some time with the Oakland Raiders, and played the last three seasons with the New York Giants. He returned to Liberty last year as its youngest-ever Commencement speaker and received an honorary doctorate. 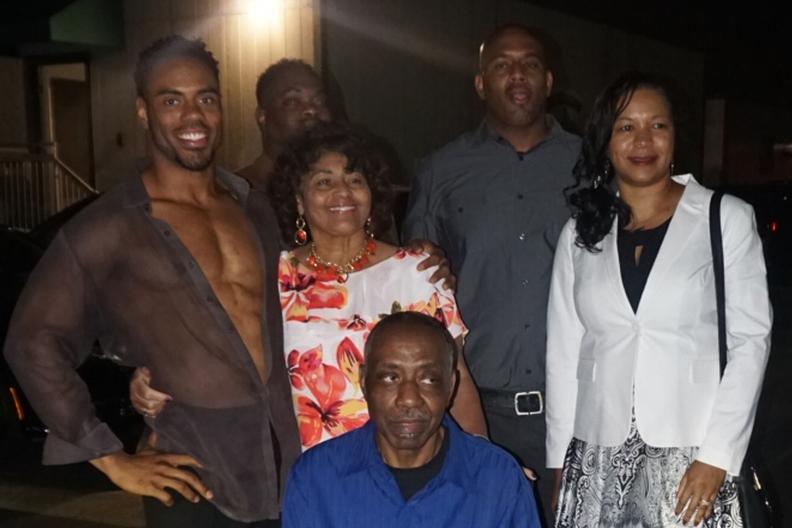 Vote online for Rashad Jennings in “Dancing with the Stars.”