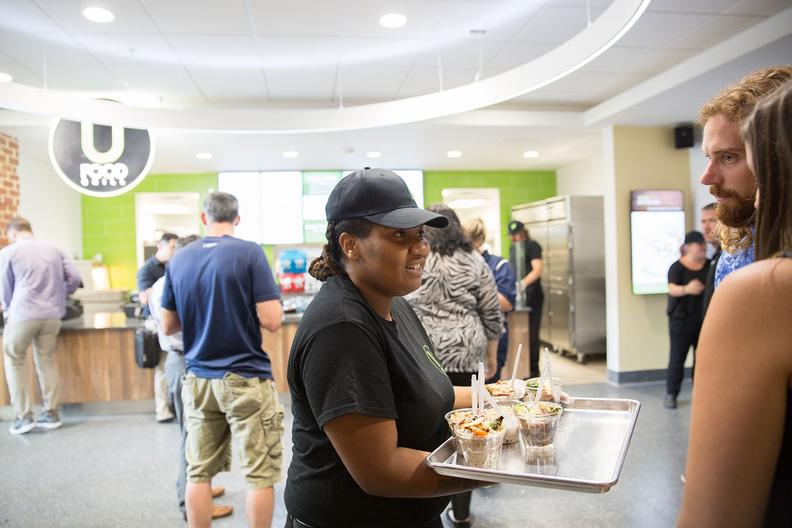 Representatives from Garbanzo, Star Ginger, and UFood Grill, as well as Arsen Abakian, co-founder and CEO of Argo Tea, introduced their brands. Liberty’s Star Ginger is the 17th location in the country; Argo Tea is the 38th and the fourth on a college campus.

“These are state-of-the-art dining facilities at Liberty,” said Cal Thetford, regional vice president of Sodexo. “This new facility meets the food trends of students today and their taste preferences.”

Anthony Delligatti, district manager of Sodexo, said that the new venues were chosen based on surveys of students and national college environment trends.

“One of the great things about Liberty students is that they are so open to try something new,” he said. “They do not stand back. The more outrageous it is, the more they are willing to try it.”

Delligatti added that the new eateries are not only new to Liberty, but also to the Lynchburg area.

“We have seen many people walking through taking pictures and posting on social media. The buzz has been phenomenal,” he said. “We are thankful for this longstanding partnership we have with Liberty. It has just grown stronger every year that we have been here.”