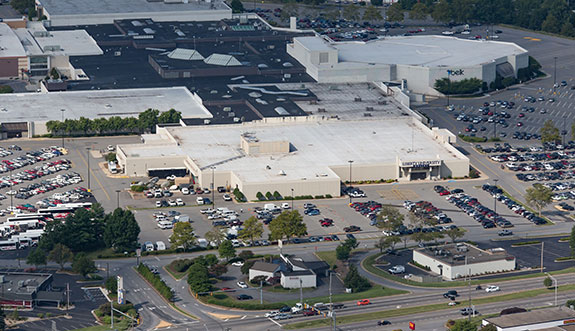 Liberty University recently purchased 75-percent interest in nearby River Ridge Mall — an investment the university says will help benefit the city of Lynchburg.

New restaurants, retail stores, and entertainment are planned, with some possibly incorporated in an open-air concept.

CBL & Associates, the former owner that retained 25 percent interest and remains responsible for leasing and management, began talking to Liberty officials last year after the university decided to move its online operations out of the former Sears building at the mall. Liberty purchased that building in 2012.

CBL’s President & CEO Stephen Lebovitz said in a news release that he was pleased to enter into a new partnership with Liberty, “an institution that recognizes the excellent value of the property.” He said the former Sears location “provides a great opportunity to elevate the entire center through redevelopment of underutilized space, bringing new, in-demand retail, entertainment, and restaurants to the market.“

About 600 Liberty University Online call center employees at the former Sears building are moving in the next two months to their new offices in the former Nationwide building in Lynchburg, which Liberty purchased last fall. The remaining 400-500 employees will continue to work at River Ridge until demolition begins in about 18 months.

River Ridge was a popular addition to the city when it opened in 1980 (view archive video of the mall’s grand opening from WDBJ7 below).

Liberty President Jerry Falwell said the university’s investment committee saw the mall as a sound investment that would bring an economic boost to the area.

“Liberty University has an economic impact on the Lynchburg region of more than $1 billion annually and is committed to the success and economic vitality of the region,” Falwell said in CBL’s news release. “The university is pleased to help implement CBL’s exciting vision for the mall and to assist in bringing new and improved services to the region.”

Check out this classic video from the WDBJ7 archives!While working on a story about River Ridge Mall today, I found this video from the day the mall opened in 1980. Neat to see all of the old stores and mall features I remember from my childhood!