New astronomical observatory to open for alumni this weekend 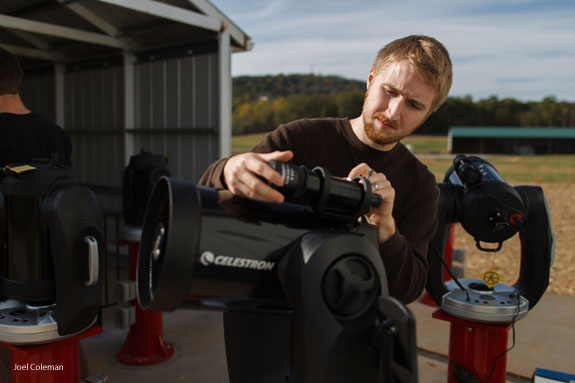 Telescopes are tested on Friday at Liberty University's new observatory, opening for the first time on Saturday with tours for alumni as part of Homecoming 2013 festivities.

During Homecoming Weekend, Liberty University will unveil its new observatory, located on Liberty Mountain near the Equestrian Center. On Saturday, Oct. 19, alumni are invited to visit the facility for one of three tours — 7:30, 8:30, and 9:30 p.m. Light refreshments will be served. 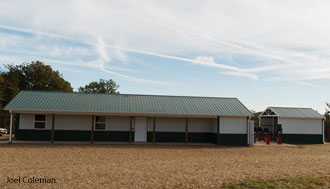 “We are thrilled to showcase this facility for our alumni,” said Bob Young, chair of Liberty’s Department of Mathematics. “After the excitement of the parade and football game, this is a wonderful opportunity to unwind and explore the vastness of God’s creation.”

Transportation will be provided from the Green Hall bus stop on Route 75.

Plans for the observatory were announced last summer. The approximately 1,000-square-foot facility features a 25-seat classroom with a smart board, which instructors can use to display images from the telescopes.

The building is equipped with a roll-off roof, which uncovers six mounted 8-inch telescopes that are electronically controlled. Outside there are two pads to mount a 12-inch telescope. A 24-inch telescope will top the lineup and have its own dome; it is being custom built and should arrive in the spring.

According to Dr. Roger Schultz, dean of the College of Arts & Sciences, the 24-inch scope will be the largest in the region.

In the future, the university plans to make remote access to the telescopes available from computers on campus.

The facility will be used for labs for Liberty’s 100- and 300-level astronomy courses. The 100-level general education course launched this semester. The observatory will also be used for recreation, adding stargazing to the many recreational activities offered to students. It will also be open to the community on designated evenings.

Dr. James Van Eaton, who recently retired after serving at Liberty for 35 years, will help teach a weekly lab in the spring. Schultz said Van Eaton, who started Liberty’s astronomy program in the 1990s, was instrumental in bringing an observatory to campus.

“The Bible says that the Heavens declare the glory of God. Professor Van Eaton has a real commitment to a Christian worldview and just loves how astronomy can be viewed through the lens of Scripture,” Schultz said. 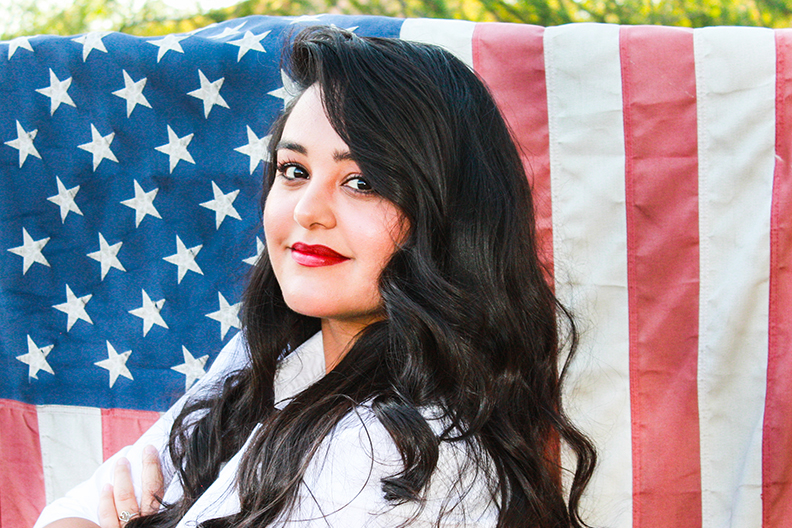 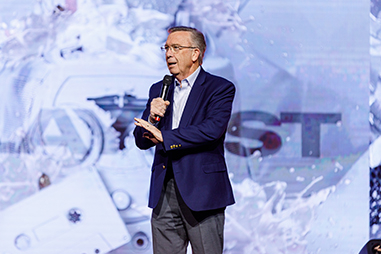