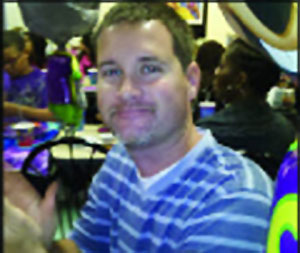 Teague had one semester of student teaching left before earning his degree in Kinesiology with teacher licensure in Health and Physical Education. He commuted 70 miles from Danville, Va., each day.

“Liberty University has lost one of its finest students,” Chancellor Jerry Falwell, Jr. said. “We are deeply saddened to hear of the death of Joel Teague. The Teague family will be in our thoughts and prayers.”

“My heart breaks at the thought of such an amazing and loving man passing away,” added Jim Henson, a recent Liberty graduate and classmate of Teague. “He was a great man of God who encouraged many lives in the Kinesiology program.”

“We’re going to miss him,” House said, noting his exemplary attitude was matched by his tireless work ethic. “He was an outstanding student, loved the Lord, had a quiet peace about him, and always had a smile. He never said a bad thing about anybody. You never saw him get upset. He was very kind and always willing to help. He was very coachable, very teachable, and in turn very patient with other people and very patient with his kids.”

No professor spent more time instructing Teague than Dr. Monica Parson, who had him in all seven of the classes she teaches at Liberty.

“I remember praying for him before his youngest daughter was born. He was just as happy as could be. I prayed with his wife, Amie, too, as she had had two miscarriages. So he’s up in heaven right now playing with his kids.”

Teague was a member of the men’s volleyball team. Coach Bryan Rigg said he valued his positive influence on his teammates.

“He’s maybe the most humble guy I ever met. He was just an encourager. He never said a negative thing about anybody. He was everything a follower of Christ should be and he was that way on the court and off the court,” Rigg said.

Teague held such fond memories of playing on the team in the spring of 2012 that he opted to be buried in his volleyball jersey.

The Flames admired his youthful spirit, and will play the 2013-14 season in his memory, wearing an emblem with Teague’s initials, “JT,” on their uniforms.

Though he never received his license to teach, Teague did fulfill his dreams of becoming a volleyball coach. In his first season at Westover Christian Academy in Danville last fall, he guided the middle school girl’s team to an undefeated season and regional championship.

“Joel was one of the finest young men I have had in my career of teaching here at Liberty,” said Dr. Linda Farver, a professor of exercise science in Liberty’s Department of Health Professions. “He was just a blessing to everybody. He was easy-going, hard-working, fun-loving, caring, compassionate, energetic, and committed to fulfilling his dream of teaching health and physical education, and coaching, particularly volleyball.”

“He was very humble and unselfish, always putting others ahead of himself,” Brubaker said. “He always talked about his kids and his wife and I think it would really mean a lot to him, and they would enjoy the experience of receiving that honorary degree on his behalf.”

A memorial service was held for Teague Wednesday at New Life Community Church in Danville, where he gave his life to the Lord at an early age. Several Liberty faculty members, students, and teammates attended.

Those wishing to help the Teague family may visit the Support Planner link at the www.caringbridge.org website, where his wife kept an online journal throughout his sickness.

A candlelight memorial service will be held at 6 p.m. Sept. 12 on the front steps of Arthur S. DeMoss Learning Center to honor the lives of Teague, Sarah McKeown, and other members of the Liberty family who passed away this summer.