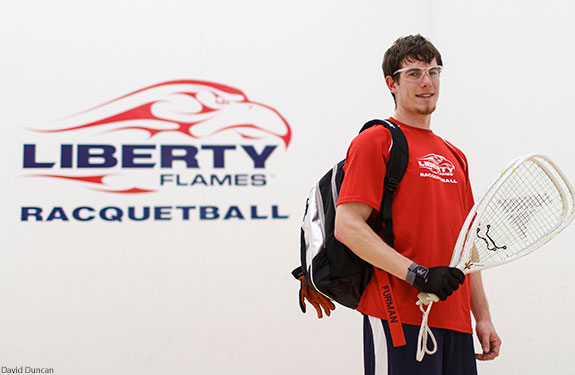 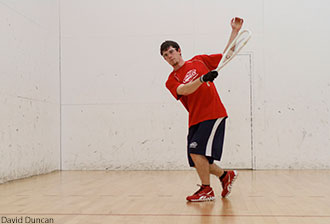 Furman, a native of Northumberland, Pa., was offered the contract by the commissioner of the Mid-Atlantic Collegiate Racquetball Conference after one of the team’s tournaments in November.

“Most sponsored players go looking for companies to sponsor them,” said Danny Rodriguez, Flames racquetball head coach. “In Shawn’s case, the ProKennex marketing rep offered to give the sponsor slot to Shawn.”

Furman joined the team shortly after it was formed in fall 2011 and was soon playing in the team’s top position. He quickly began to adopt a leadership role, which Rodriguez said has been very useful in coaching.

“He works with the players who need help in specific areas,” Rodriguez said. “If we work on a specific drill, I will ask Shawn to take half the team to practice the drill, allowing me more one-on-one coaching.”

Furman said it is an honor to be considered a “professional athlete, marketing the brand.”

He said he is thankful for his close friend/teammate Jordan Kemp who encouraged him to join the team. Furman also said he appreciated Rodriguez’s role in making him the player he is now.

“He helped me recognize what I can do, what I am capable of. I have really capitalized on what he has told me.”