A film based on a book by a popular Liberty University convocation speaker will be shown in Lynchburg starting this weekend.

The film, “2016: Obama’s America,” based on Dinesh D’Souza’s book, “Obama’s America,” a sequel to the New York Times bestseller, “The Roots of Obama’s Rage,” seeks to enlighten viewers of some of President Barack Obama’s most powerful ideals and influences, which shape the way he leads this country, and, more importantly, how he will continue to do so in the next four years if re-elected.

It is being shown in select theaters nationwide, including Lynchburg’s Regal River Ridge Stadium 14 starting on Friday.

D’Souza is an executive producer, writer, director, and star for the movie. He has spoken in Liberty’s convocation three times, and has visited campus on a number of other occasions. 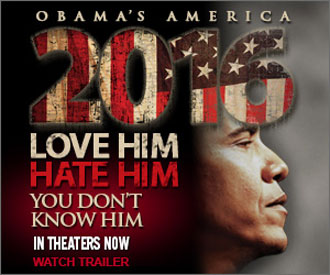 D’Souza is president of The King’s College in New York City. He grew up in India and moved to the United States to attend Dartmouth College and upon graduation went to work in the White House as a policy analyst for Ronald Reagan. He is a popular speaker, appearing on numerous television programs, and a bestselling author. He has contributed to virtually every major magazine and newspaper.

“2016: Obama’s America” is produced by Gerald R. Molen, who has produced some of the most memorable films of the last three decades, including the Academy Award winning film “Schindler’s List.”

For more on D’Souza’s views on Obama, read his 2010 Forbes article.