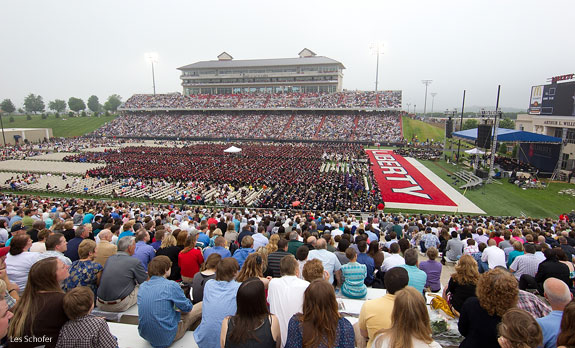 “You have sacrificed and labored for years to make this day a reality and we are proud of you,” he said. (For special recognitions at this year’s ceremony, click here.) 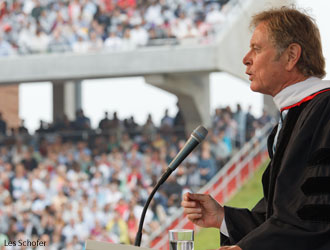 “You may be feeling weak and lost and confused,” he  told the graduates, “but I tell you I believe with all of my heart, that feeling that way you are a more fitting tool for God than the man that believes that his money, that his fame, that the honors of other men have made him wise. Jesus gave us one clear order — to love one another. And if you look at your parents today and you see tears in their eyes, I promise they’re not tears of sorrow or fear, these are tears of love. God loves you and if you love back in every way you can, then … you will look back on this day as the day of your greatest strength, as a day of victory.”

“This is the first class at Liberty that Becki and I have watched grow and mature from 18-year-old freshman to college graduates,” he said. “Thank you for your patience and support as I learned on the job how to be your chancellor.”