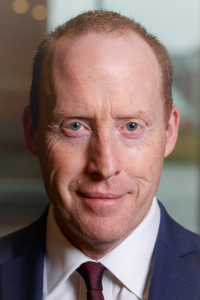 Dean, School of Communication & the Arts

Dean Hayes has been teaching and administering online and residential university arts programs for more than two decades, during which he has worked at six universities in the United States and England. In addition to being Dean of the School of Communication & the Arts, Dr. Hayes is a professor and director for the Department of Theatre Arts, teaching courses in the Meisner approach and career preparation.