Government professor to attend Oxford Round Table on human rights

One of Liberty University’s own has been invited to the prestigious Oxford Round Table at Oxford University in England.

Dr. Michelle Crawford Rickert, a professor at Liberty’s Helms School of Government, will be travelling to Oxford on July 15 for the Summer 2009 Oxford Round Table. The conference invites 25-40 distinguished scholars from around the world to present papers and discuss a designated topic; the summer session will focus on human rights. Rickert will present her paper, “Wilberforce’s Work is Not Done: Dealing with Modern Day Slavery And Human Trafficking,” and host a panel discussion. The paper focuses on U.S. policy and ties in the idea of what one man of faith can do. 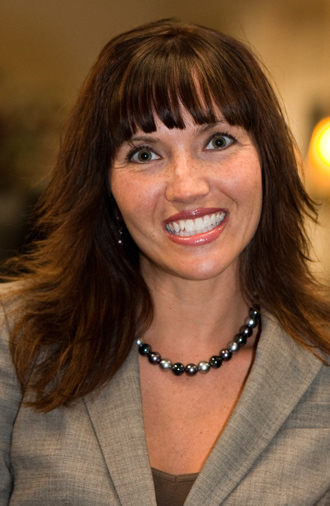 After the conference, select papers are published in the peer-reviewed “Forum on Public Policy: A Journal of the Oxford Round Table.”

Rickert has done extensive reading in preparation for the conference, including 11 books and other articles on human trafficking and human rights. She said she is looking forward to “bringing awareness to a topic I care very much about.” But she anticipates some interesting discussion in the open forum, when she will be “talking to people in the trenches.”

“I could at times draw some heavy fire,” she said, “[because] I believe that the rights we have came from God.” Rickert’s views will be quite different from other speakers, such as professed atheist Richard Dawkins.

Rickert is passionate and involved in human rights. This past semester, she helped put on the Red Event at Liberty, which raised awareness about the child sex trade. Dr. Rickert believes Liberty students can “change this generation and change this world through law.”

Rickert calls her life an “interesting balancing act” as she teaches, works on her Masters of Laws from the University of London, and spends time with her family and with her pre-law students, who she calls her “adopted children.” Rickert counsels students who plan to go to law school and designed a beautiful resource and study room especially for those students. She also founded the Liberty Pre-Law Society and Liberty’s Moot Court Team and is the managing editor of the top-ranked “Supreme Court Economic Review.”

“Whenever God has removed one project from my life, He gives me a vision for another thing,” she said. Rickert is now considering turning her paper into a seminar class that Liberty students of any major could take. The class would raise awareness about trafficking and other forms of modern day slavery. “There’s hardly any awareness in the United States at all,” Rickert said. “It doesn’t matter what you’re involved in, it would still be good if you are well-versed in justice and law.”