Dean of Students elected to national board 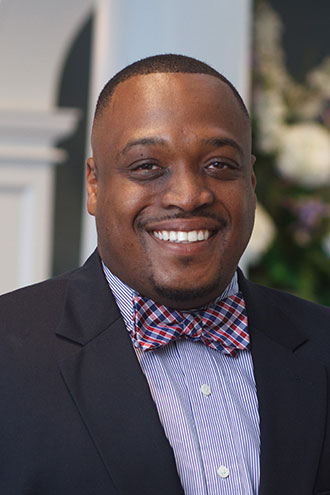 Liberty University’s Dean of Students Keith Anderson (’05) was recently elected to the 2013 Association for Student Conduct Administration Board of Directors where he will represent private four-year institutions nationwide.

The ASCA is the leading authority in higher education for student conduct administration and conflict resolution. It includes up to 400 member organizations and universities throughout the United States.

The Board of Directors is influential in shaping the profession, and frequently lobbies Congress concerning debt and policies for higher education.

Liberty has been a member of the ASCA since 2007.

Anderson’s board position was created this year to ensure private institutions have the same inclusion rights  as public colleges and universities.

“My aim was to be able to increase the visibility of faith-based institutions within the Christian community, and since Liberty is the largest Christian institution, I thought it would only be responsible of us to be a part of this organization and influential in its direction,” Anderson said.

In his new role, Anderson said he will have the opportunity to influence and monitor the practices of student conduct offices and perform case studies for best practices within the industry.

“This is a great opportunity of influence in student conduct across the nation,” said Mark Hine, Liberty’s senior vice president of Student Affairs.

“We don’t just look at discipline as a means of punishment but as a teaching opportunity for the student to learn,” Anderson said.

Anderson holds a Master of Arts in Religion and a Master of Religious Education from Liberty Baptist Theological Seminary. He previously served as an academic advisor for Liberty University Online before becoming the associate dean of men, dean of men, and now dean of students. In his current position, he serves as Liberty’s chief conduct officer, director of the Student Care Office, and Senior Campus Pastor.