Frederick Kail, better known as “Bo” to his students and fellow professors in the Liberty University School of Nursing, was celebrated at a surprise party on Thursday to mark his 21 years of service to Liberty, years characterized by his passion for nursing, his students, and serving God through his work. 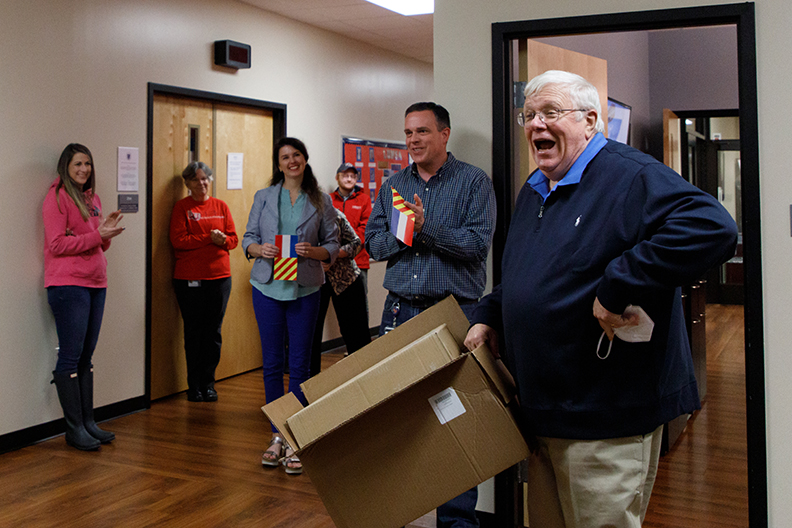 On Thursday morning, Kail was ushered into the lobby of the School of Nursing’s offices in DeMoss Hall to see faculty and staff holding signs, while practicing social distancing, that expressed their heartfelt messages of appreciation. The group also collected notes from students and photos of Kail throughout the years — from graduations to medical missions trips that Kail led, to other special moments with students — and created a memory book for Kail.

“Students love him, and they know he’s there for them. His passion for nursing and for people in need wears off on the them,” said School of Nursing Dean Shanna Akers. “He has a big heart for God, faculty, staff, students, and Liberty. I’m going to miss him loving on everyone here and truly being a part of the structure in the School of Nursing.”

In his 21 years, Kail said he has seen major updates to the department’s facilities and has cherished the time spent with faculty and students. 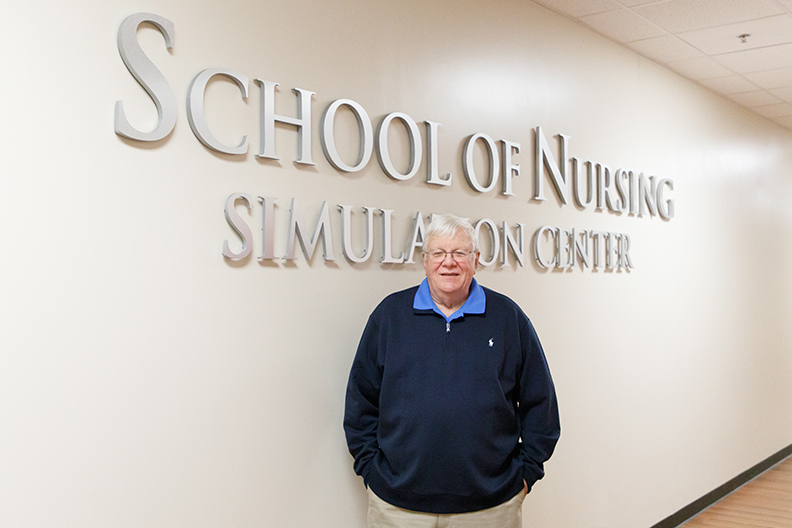 “I’ve seen a lot of change here in the facility and the school, including the simulation rooms and exam rooms,” Kail said. “It’s been a blessing looking back with the people I’ve worked with. I’ve loved the students, and I had a total blast.”

Before becoming a nurse, Kail served in the United States Coast Guard for four years, including during the Vietnam War; though he never saw action, he said he remained in the service for a few years afterward. After a few wide-ranging jobs, Kail began taking classes at Liberty and went on to receive both his Bachelor of Science in Nursing (’98) and Master of Nursing (’03) from Liberty’s residential program.

As a cardiac nurse, Kail has taught clinicals with sophomores and juniors, typically with the cardiac step-down unit with Centra Health or in Liberty’s simulation center. He has also led the department’s cross-cultural nursing courses and organized over a dozen medical missions trips in which he brought students to serve those in need in the Caribbean. 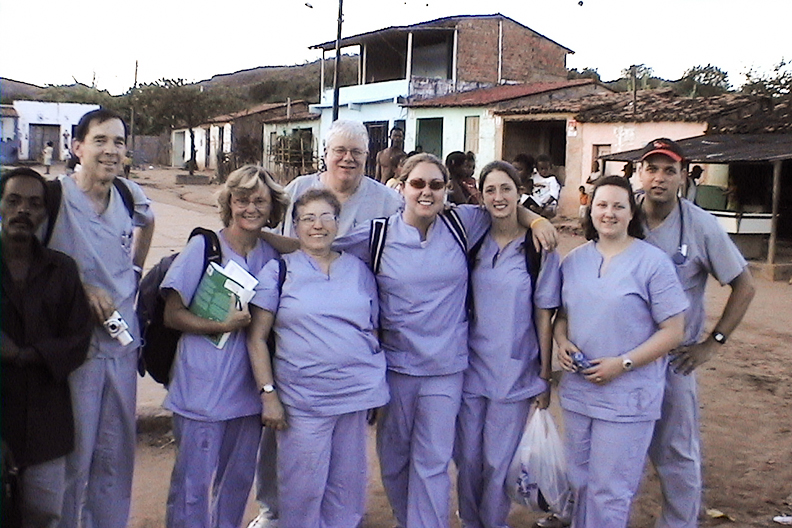 “He’s taken students into different countries with cultures that have a lower socioeconomic standing than Lynchburg, and he has been able to do so many things in the Caribbean, which is where his heart to serve is at,” Akers said.

Akers said that many people within the department, students and faculty alike, have said they will miss listening to Kail tell stories about his career and his love for birdwatching, as well as his consistent encouragement through life’s challenges.

“In the mornings between classes you typically find him filling up his coffee and he’s happy to share about being in the Coast Guard, when he was in full-time employment at the hospital here working in their step-down cardiac unit, or the things he saw and things that amazed him about his trips to the Caribbean,” Akers said. “He is quick to share God’s love, and his stories are humorous but always have a great point of trusting in the Lord.”

Kail’s wife, Liz, retired earlier this spring as a fellow former nurse, and they will now spend their time together with their grandkids and at the beach, a favorite spot for family gatherings. Along with a variety of personalized gifts, Kail received a beach blanket with the nursing department’s logo.

“This has been one of the most cohesive units I’ve ever been a part of, including military and everything else,” Kail said. “Everyone has everyone’s back, and it’s been a great place to work.” 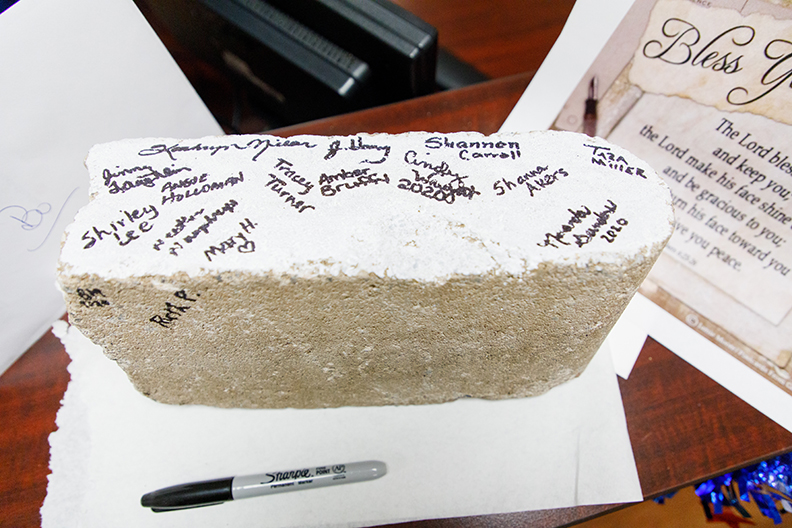 He was also presented a foundational stone, which was signed by members of the department and is given to retiree who have helped build the foundation of the program.

Kail said that in addition to spending time with his family and loving his dog, who he refers to as “Baby Girl,” he will enjoy being on his own schedule and taking more time to relax.

Even though Kail is going into retirement, Akers said she hopes she and the rest of the School of Nursing will be able to see him on occasion.

“We’re going to miss him tremendously, but he has earned his retirement, and I’m quite sure that we’ll see him a lot still,” Akers said. “I anticipate that he’ll come back for graduation in the fall and drop by every so often.”