As a pilot who flies mostly alone, at night and sometimes in challenging weather conditions, George Fendley (’15)  must have the maturity to make decisions about how to handle each flight situation, and he often recalls the advice he received from former Liberty University School of Aeronautics (SOA) professor Ernie Rogers. 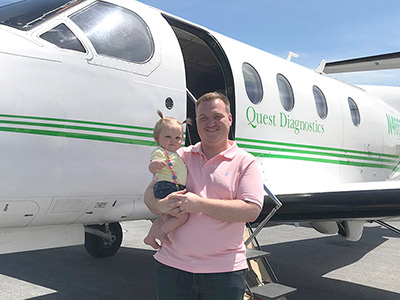 “You can’t change your situation, but you can change how you approach the situation,” recalls Fendley, a pilot for a private clinical laboratory based in Reading, Pa. “I’ve used that advice countless times, so much so that when I am training pilots, I often share Ernie’s wise words.”

Fendley is appreciative of the quality education and mentorship he received at Liberty, which has already led him to a successful career in the aviation industry. More recently, his job has required him to play an essential role in the country’s response to the COVID-19 pandemic, flying test specimens between Reading, Boston, Washington, D.C., and New York City nightly.

Fendley said that on most nights, the company is flying 17 routes along the eastern seaboard to transport medical cargo and test specimens. On one of these recent flights, Fendley was included in a New York Times article about those on the front lines of the pandemic.

“Transporting the coronavirus test specimens is part of what our pilots do on a nightly basis, he said, “but we also handle many other types of medical specimens that our lab processes.” 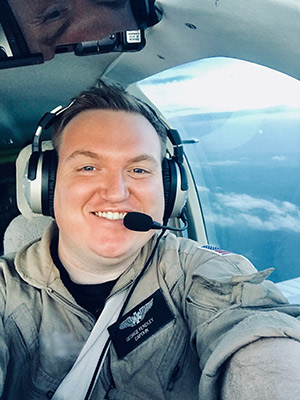 Fendley attended Liberty because of the reputation of the aviation program and the structure that it provided. He felt that while other schools may have had comparable flight programs, Liberty offered him the stability of the same Christian values and worldview he had growing up.

“College is the first time you are on your own and away from your family,” he said. “For me, everyone at Liberty was so personable and caring that I feel like I just got absorbed into another bigger family.”

That bigger family included the Spirit of the Mountain marching band, where he marched for four years and was a featured trombone soloist for two years.

“I made lifelong friends during that time — half of the groomsmen in my wedding were from the marching band.”

Fendley credits all of his instructors, including Rogers and former aviation assistant provost Retired U.S. Air Force Brig. Gen. Dave Young for his success as a professional aviator.

“A lot of what I have gone through in my aviation career I have directly attributed to the teachings of the aviation instructors,” Fendley said. “They were strict, they were stern, but they taught us with a lot of love — they were fantastic mentors for me and still to this day I remember their wisdom.”

After graduating from the SOA, Fendley was awarded a scholarship from Liberty to work as a flight instructor while gaining the additional credentials and flight experience he needed to pursue a career as a professional pilot. Two years later he moved to Raleigh, N.C., for a stint as a flight instructor and charter pilot.

It was during this time that he and his wife had their first child, so in order to be closer to family, they relocated to the Lancaster, Pa., area where Fendley took a job as a pilot for a charter company prior to being hired by his current employer. 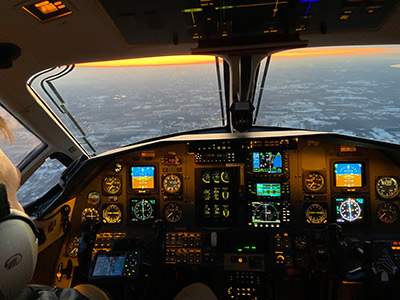 On the job, Fendley has met graduates from aviation programs around the country. But few have had the quality of training and instruction he’s seen in Liberty graduates, he said.

“I’ll put an LU pilot up against a pilot from any other school any day.”

For anyone considering joining the aviation industry, Fendley is quick to recommend Liberty’s program.

“It is going to be tough and it is not going to be easy, but you are going to learn a lot and you’ll be in what I think is the most rewarding industry.”

Fendley and his wife are expecting their second child and, thanks to his training at Liberty, he feels well-established at such a relatively young age.

“My degree has provided everything I’ve ever needed to make a career as a pilot and support my growing family.”