Fresh off a Brexit victory, Nigel Farage tells Liberty students they are 'living in extraordinary times'

In his first public speaking appearance in the United States since the United Kingdom officially left the European Union last week, Brexit Party Leader Nigel Farage reflected on the causes and ideas behind the national movement in the United Kingdom and encouraged students not to shy away from their ambitions, regardless of the scale, and to protect their freedoms. 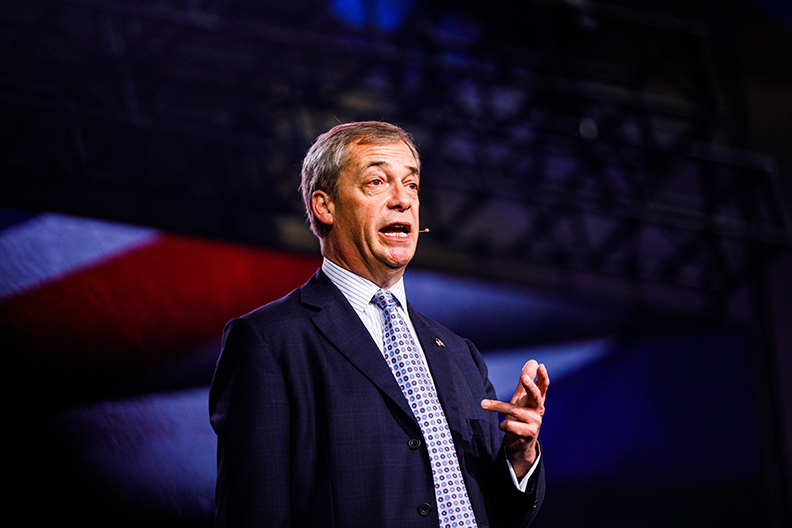 “He’s a testament to what one person can do if they don’t quit and persevere,” Falwell said. “We are blessed like no other university to have someone of his stature here with us this morning.”

On Friday night, Jan. 31, the United Kingdom fulfilled Farage’s 27-year campaign to free the country from the influence of the European Union (EU) and become an independent nation once again. Farage labeled the movement as the biggest geo-political event since the fall of the Berlin Wall in 1991.

According to Farage, the EU is weighted down by bureaucracy and “big politics” and has been allowed to grow into a supernatural government, and, if it is left unchecked and unopposed, he believes it will become a dangerous global governing power.

Even with this massive movement in his country at a conclusion, Farage is far from done with his work.

The concept behind Brexit first came to Farage’s mind when he was still a businessman in the 1990s and saw the first signs of a “globalist government” ideology that sought to remove his country’s individual freedoms. As he spent more time speaking out on his beliefs and what he saw as the future in the EU, he began to find those who shared his convictions.

Looking toward the future of Europe and the rest of Western civilization, Farage proposed that the United States and Britain ought to work together much like they did in the times of World War I and II, banding together to protect their ideals. 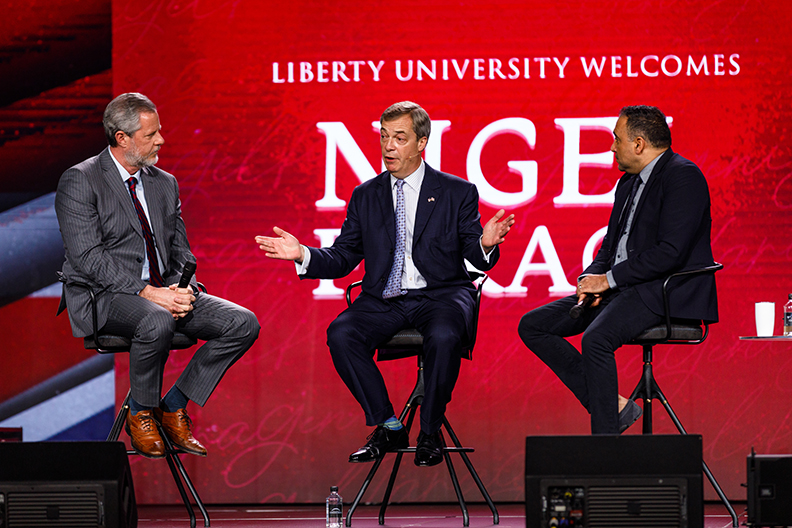 “I think there’s a very special form of alliance that our two countries need to have,” Farage said. “Think of what the Americans and British did twice in Europe in the 20th century, at massive cost of blood and treasure … we saved democracy and we saved the free world.”

Farage also spoke to the students about their futures and the foundations necessary to succeed in their goals and dreams. He said that the liberty and freedoms experienced in America are often underappreciated, and he encouraged students to fight for what they want their country to become.

Referencing the sight of Liberty students worshipping God at the beginning of Convocation, he said that they will need to hold on tightly to their faith and beliefs in order to change their world for the future. 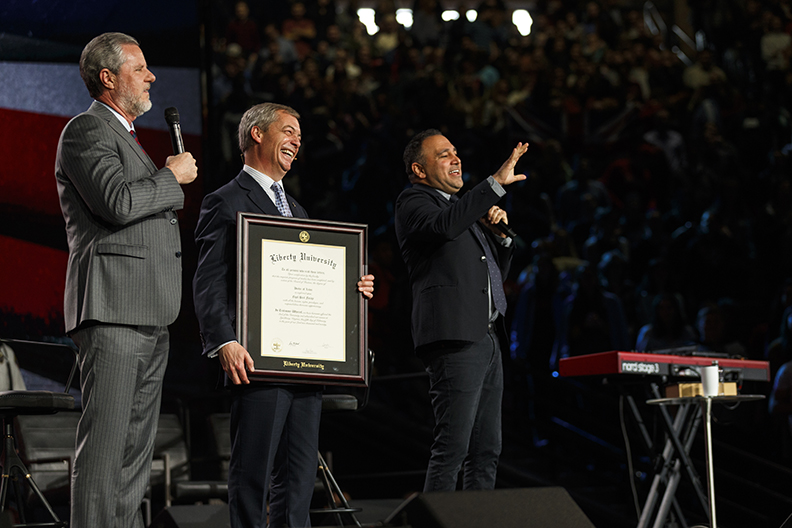 “You will leave this great place of learning and go out into the world and pursue careers, but you will want to hand on to your children the liberties of free speech and democracy that you are enjoying,” Farage said. “You are young people with amazing faith and optimism, and you are people who can play a huge role in 21st century America and across the rest of the world.”

In the closing moments of Convocation, Farage was presented with an honorary Doctor of Laws from Liberty by President Falwell.