Tasha began her solo music career 10 years ago and has reached many with her passion for praising the Lord through worship. In 2014, she won her first Grammy for Best Gospel/Contemporary Christian Music Performance. In 2015, the Georgia native won Gospel Artist of the Year at the GMA Dove Awards.

Tasha’s husband, Kenneth, joined her on stage Friday at the keyboard. Following their opening song, David Nasser, Liberty’s senior vice president for spiritual development, said that Tasha is on her way to the Grammy Awards ceremony again this weekend but graciously stopped in at Liberty to give encouragement to the student body. 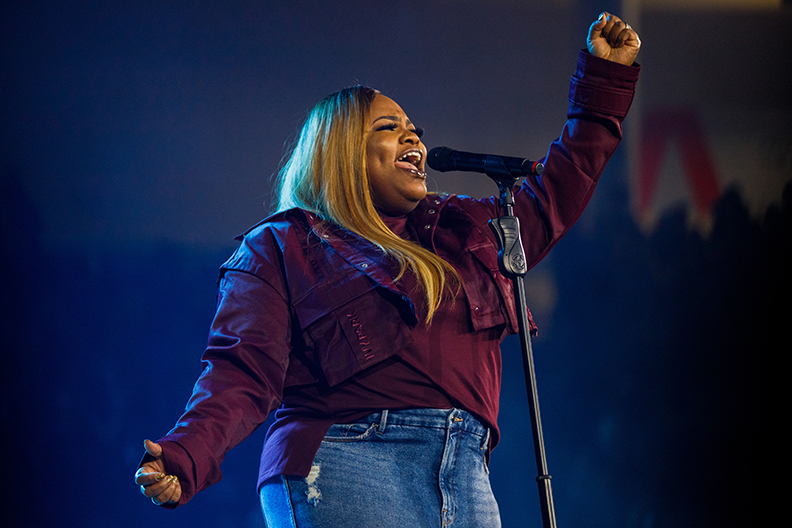 During Convocation, Tasha was vulnerable about her battle against depression. The gifted vocalist discussed how she has fought anxiety and depression for years.

“I would go home for three days at a time and close the curtains and have the comforter over my head,” Tasha said.

When Tasha discovered that the root of her discouragement was rejection, she began to pray against the attacks of the enemy by taking authority over her mind.

Cobbs encouraged Liberty students to immerse themselves in Scripture while understanding that reading the Gospel will bring one closer to Jesus.

A question-and-answer session with Tasha was originally planned, but Nasser decided to forgo that time and instead focus on the spiritual power that they felt was needed. So, throughout the remainder of Convocation, Tasha and Nasser led students in a time of worship, sharing some personal moments from their lives, inviting students to share their recent hardships, and praising God for His power and ability to work miracles in the lives of each person there. 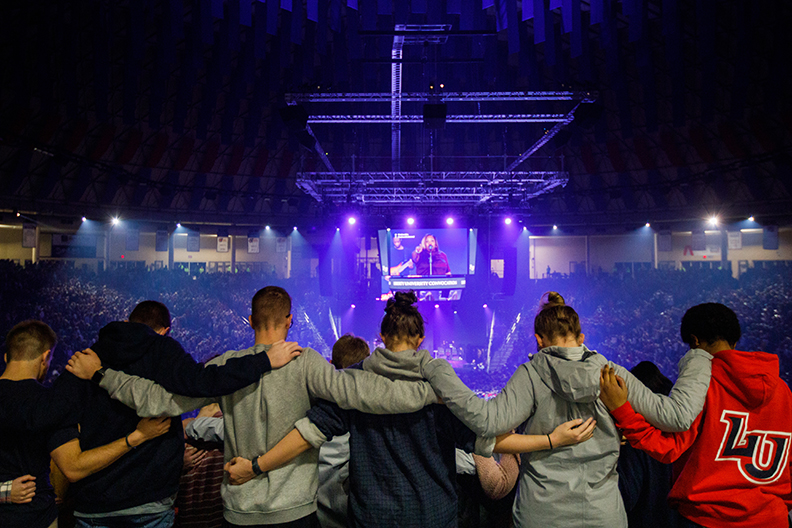 They also reflected on Tasha’s last time on the Convocation stage in 2018, which happened in the days following a traumatic car accident that injured three Liberty students and left one of them, public health student Ruthie Rogers, with injuries that required her to be put on a ventilator. In the same moments that Tasha was leading a prayer for healing and worshipping our God of miracles in the Vines Center that day, Rogers began to show major signs of healing at the hospital. This miraculous moment became a powerful example of God’s healing, and even today it remains a moment that continues to spiritually and emotionally move so many of the people involved.

Nasser opened up the final minutes to collect an offering for any and all students who came forward in need of prayer and help with various struggles, including finances and medical issues. Containers were placed throughout the Vines Center for students to contribute financially to support their peers, and Convocation ended in an invitation and encouragement to students to start conversations and find other ways to care for those around them who are in need.