Over this past weekend, five duos from the Helms School of Government undergraduate moot court team competed in the American Moot Court Association national tournament at Southern University in Baton Rouge, La., Jan. 17-18. Out of 80 teams from the United States, Liberty finished with one duo reaching the semifinals and another making it to the top 16. 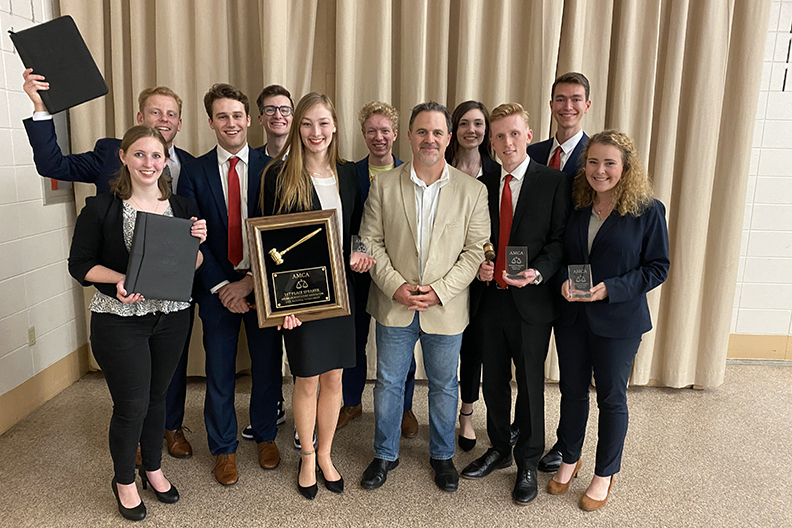 Led by Tony Robertson, who was recently named the online dean at Liberty University School of Law, the team sent the duos of Eric Meinerding and Alexa Kathol, Dalton Davis and Kayla Sargent, Chad Wylie and Megan Snyder, James Nyberg and David Korn, and Alyssa Rumbuc and Corey Jones to nationals. Davis and Sargent landed in the round of 16, and Rumbuc and Jones made it to the final round of four teams.

In addition to the moot court team’s overall success, Jones received an award for All-American Speaker, and out of the 160 students who competed, Rumbuc was selected as the Best Oralist in the nation. 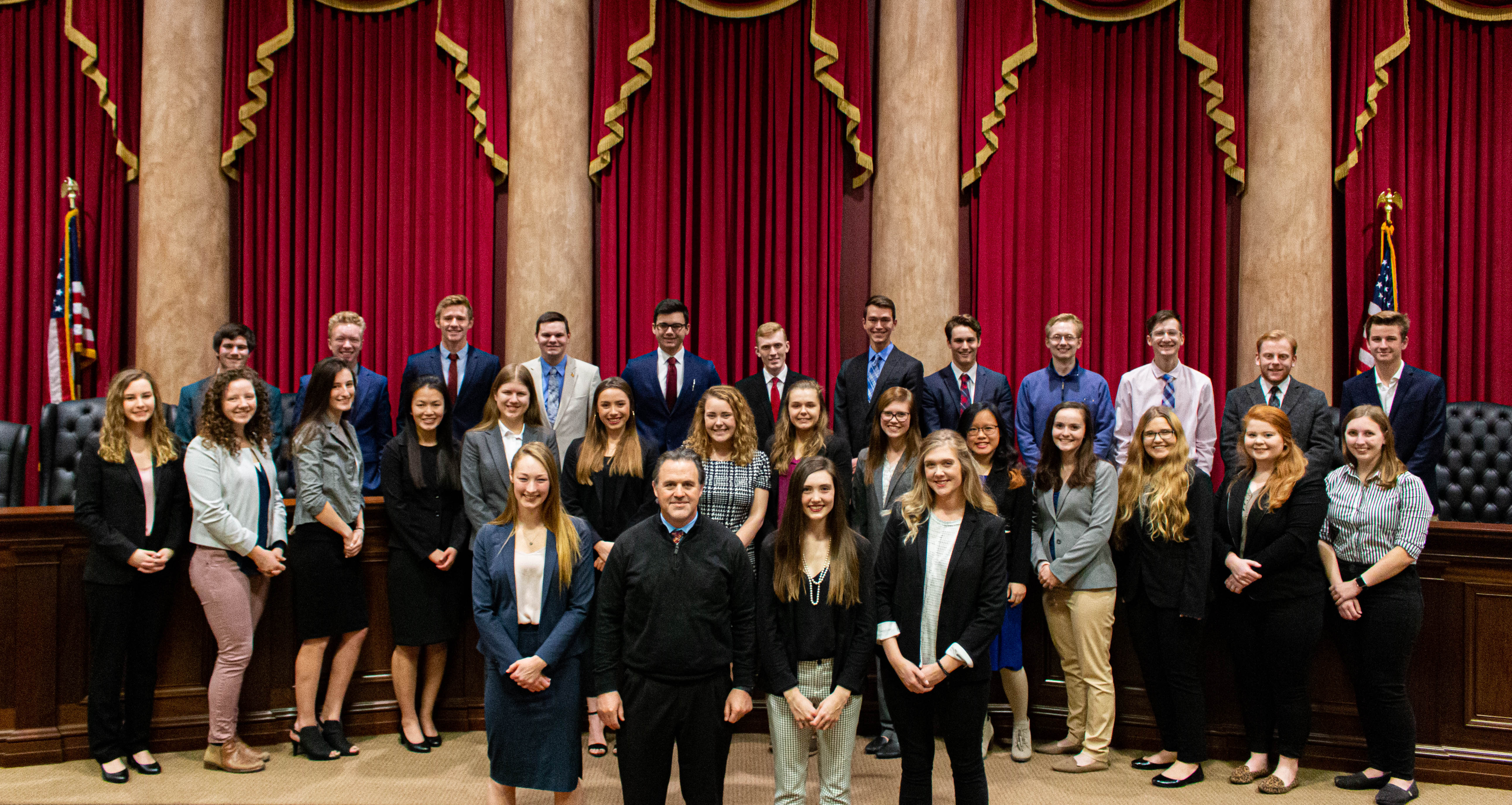 The team of 30 students and 15 duos began the semester ranked as the No. 6 program in the country, and they continued their stellar performances throughout the Regent University, Liberty University, Fitchburg State University, and St. Thomas University regional competitions, the last of which came within the past month. Liberty was represented at the top or runner-up position for two out of the four tournaments and received multiple Speaker Awards in the process.

The Fitchburg regional tournament, which was held in Massachusetts on the weekend of Nov. 22 and 23 with 60 teams from the US and Canada in contention, resulted in a victory for Liberty’s Eric Meinerding and Alexa Kathol. Due to the size of the programs competing, coach and Helms School of Government professor Robert Robertson said that this is one of the toughest regional contests, and he said that the students “did an excellent job of representing their Lord and Liberty University.”

Approximately two weeks later, the team traveled north to Fredericton, New Brunswick, Canada to face off against roughly 34 teams from the US and Canada for the final regional of the season. In the quarterfinals, partners Erin Cooper and Emily Robertson narrowly lost by a score of 3 to 2, and the duo of Alyssa Rumbuc and Matthew Jones finished second overall in the final round.

With their eyes set on next month’s national tournament in Baton Rouge, the team will send five pairs to represent Liberty and the rest of the program. The duos will be: James Nyberg and David Korn; Dalton Davis and Kayla Sargent; Corey Jones and Alyssa Rumbuc; Eric Meinerding and Alexa Kathol; and Chad Wylie and Megan Snyder. Robertson said it feels as if all 15 Liberty teams are on their way to nationals.

“The program is a team effort, and even though there are five teams going to nationals, all 15 of our teams are being represented there,” Robertson said. “Each team member helps the others grow and practice, and the program reflects that.”