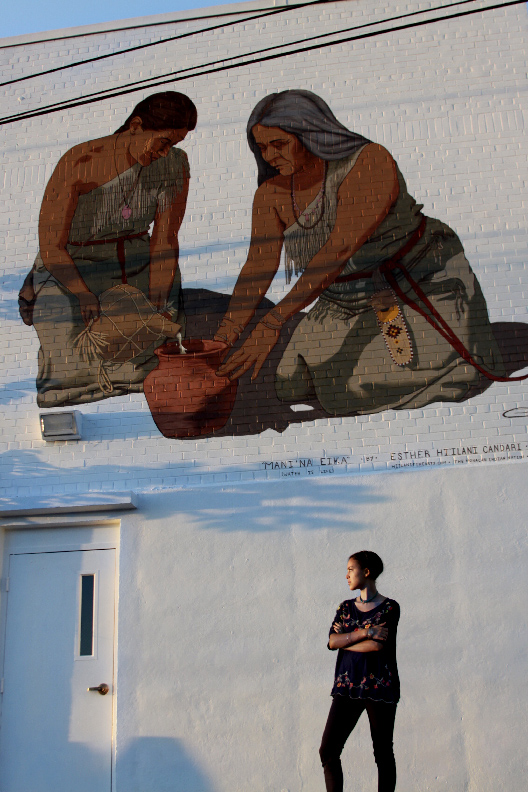 When Liberty University graduate student Esther Candari was asked to paint a mural in the town of Amherst, Va., she was told to focus on the area’s culture and history. As she researched the town, located about 20 miles from campus, she learned that a Native American tribe there had been underrepresented for hundreds of years.

The Monacan Indian Nation has a rich heritage in the Bear Mountain area of the county; tribal members have called it their home for more than 10,000 years. Candari, a student in Liberty’s Master of Fine Arts program, wanted to honor the tribe through her art, but she said she didn’t want to be like some artists who create work about Native American groups without consulting them in the process.

“I attended their powwow as part of my research and to just kind of get a feel for how their history was developed and what it looks like today; it was a very enriching experience for me,” she said.

The Monacan Nation, headquartered in Amherst County, holds its two-day powwow every May. Today, the tribe numbers over 2,000 people. It was recognized by the state in 1989 and received federal recognition in 2018.

Candari partnered with local members of the tribe to ensure the mural was appropriate and accurately represented their people. She used women from the tribe as models. 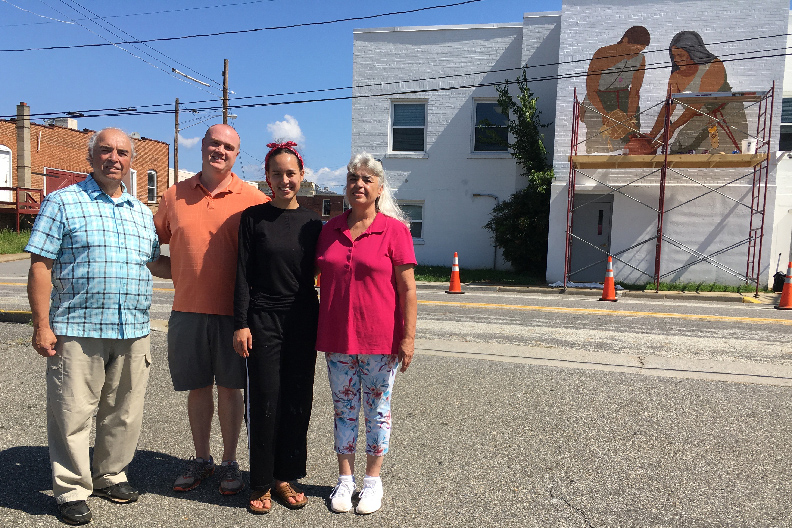 “Sometimes, especially for the smaller tribes and ones like the Monacan who haven’t had the best relationship with their community due to a history of racism, having an outsider come in and want to represent their culture can be a little bit threatening,” Candari said. “However, because I had experience with it — I was able to know what language to use and what issues to touch on — it was an easy relationship to build with them.”

When time came to decide on a place for the mural, Candari explored the town with county administrator Dean Rodgers, who had commissioned the project as part of a goal to revitalize the town with public artwork. They settled on the Goodwin building, where some county offices are located.

Candari said as it turns out, the building choice would hold even more historical significance to the project.

“When I brought the tribe in, they told me that back in the time of desegregation, that building had a lot of negative experiences for them; a lot of abuse they felt like they experienced at the hands of the government happened in relationship to this building,” Candari said. “So for them to see an empowering image of their culture on the government building, it kind of brought that full circle and was a healing experience for them as a community. I felt very much like it was God’s hand in the selection. He knew there was healing that needed to happen in that community and provided a way for it.” 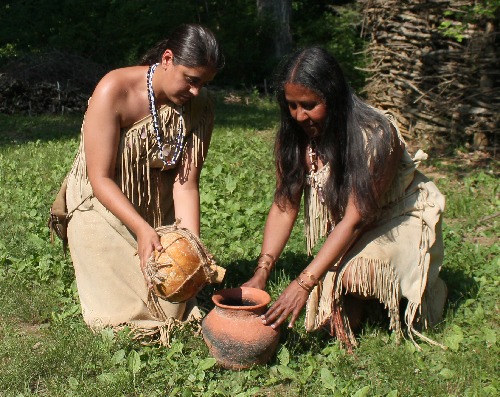 When Candari proposed her sketches to Rodgers, he was immediately on board with the idea to showcase the Monacan tribe.

“They are coming from a long way behind the eight ball,” Rodgers said. “They have not been included; that stems from the fact they were so oppressed for so long and discriminated against. Their culture was one of laying low, not making waves, staying out of trouble. I think we need to put them out in the center and say, ‘Look at this great asset we have in Amherst.’”

Candari started work on the mural this past summer and completed it in August. The actual painting took about a month; she worked on it from three to six hours a day.

Rodgers said he knew Candari, a native of Hawaii, was a perfect fit for the job when his family visited her home and saw some of her own paintings.

“I was blown away at the quality of her work,” he said. “She ‘gets’ native people and celebrating native people. A lot of her paintings are island scenes. She likes to celebrate her home.”

“I grew up with an awareness of indigenous communities and an appreciation of indigenous cultures and the richness they can provide,” Candari said. “So for me, it didn’t feel very foreign. In many ways it felt like some of the projects I’ve done and some of the relationships I have with people and organizations back home.”