Liberty University School of Law is celebrating two recent wins by its competition teams that are setting a standard of excellence for the program.

On March 9, Liberty Law won the 2019 National Tax Moot Court Competition at the University of Florida after going undefeated through five rounds. The same day, another team went undefeated to win the American Bar Association National Appellate Advocacy Competition regional in Washington, D.C., and qualify for the National Finals in Chicago (April 11-13). 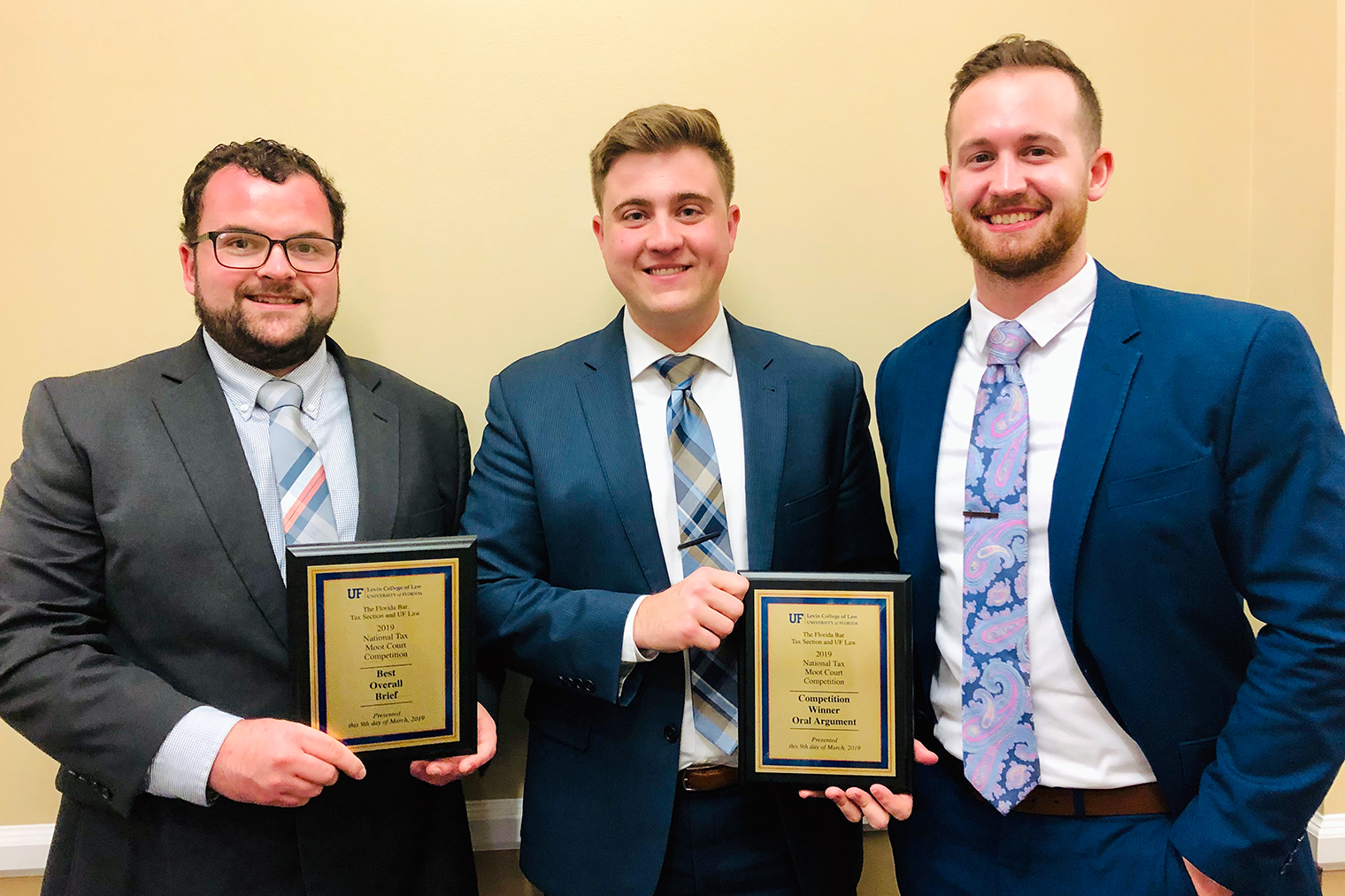 In Florida, the team of Jonathan Shbeeb, John Riordan, and Will Baker defeated teams from Texas Tech University, the University of St. Thomas, the University of Oregon, and Stetson University (twice) to claim the championship for the first time in school history. The team also won the Best Brief Award. The competition was hosted by the Tax Section of the Florida Bar.

“It was an exciting opportunity to test my legal skills against some legal giants,” said Shbeeb, a third-year (3L) law student. “Not only did we walk away with ‘the crown,’ but with only positive reinforcement from the judges as to our legal skills.”

The team studied dozens of court cases, as well as five tax regulations and four tax codes, to compile the brief used for oral arguments. Teams had to be prepared to argue both sides in the case of a family that used a fake business for tax evasion purposes. The final round was argued before a panel of United States Tax Court judges.

“To know that we have the ability to argue before a real judicial body and win makes the difficulty of law school very much worth it,” said Riordan (3L), who called the tournament both challenging and rewarding. He thanked associate dean Tim Todd for bringing his experience as a tax attorney to the team and helping them prepare for the competition.

Riordan and Shbeeb both said they were pleased to finish their law school careers with a national win — especially in the areas of business and tax law, where they plan to practice. Baker is in his second year. 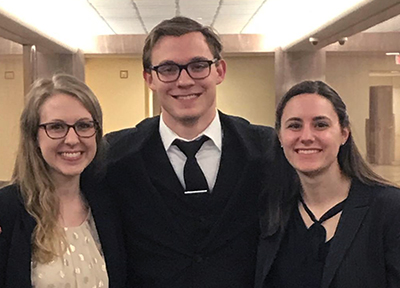 In Washington, the team of third-year law students Sarah Anne Barton, Annie Compitello, and Richard Wiley posted wins over two William & Mary teams, Washington & Lee, Nova Southeastern, and Detroit Mercy to claim the regional title and secure a spot as one of the top 24 teams in the nation. They argued a constitutional law issue that questioned whether a state prison’s policies on solitary confinement violated the Eighth Amendment prohibition against the use of cruel and unusual punishment. Wiley was named the region’s sixth Best Oralist, and AJ Colkitt, from another Liberty team, was the fifth Best Oralist in the region.

Liberty Law students have numerous opportunities to sharpen their skills and test them against students from other institutions in the ABA Law Student Division’s four practical skills competitions — Arbitration, Negotiation, Client Counseling, and National Appellate Advocacy. The 2018-19 academic year has been filled with successes for Liberty Law teams:

Last year, Liberty Law ranked No. 4 on the inaugural Top Ten Competition Law Schools released by the ABA, based on its point totals in the ABA’s practical skills competitions. The 2018-19 rankings will be released this summer.