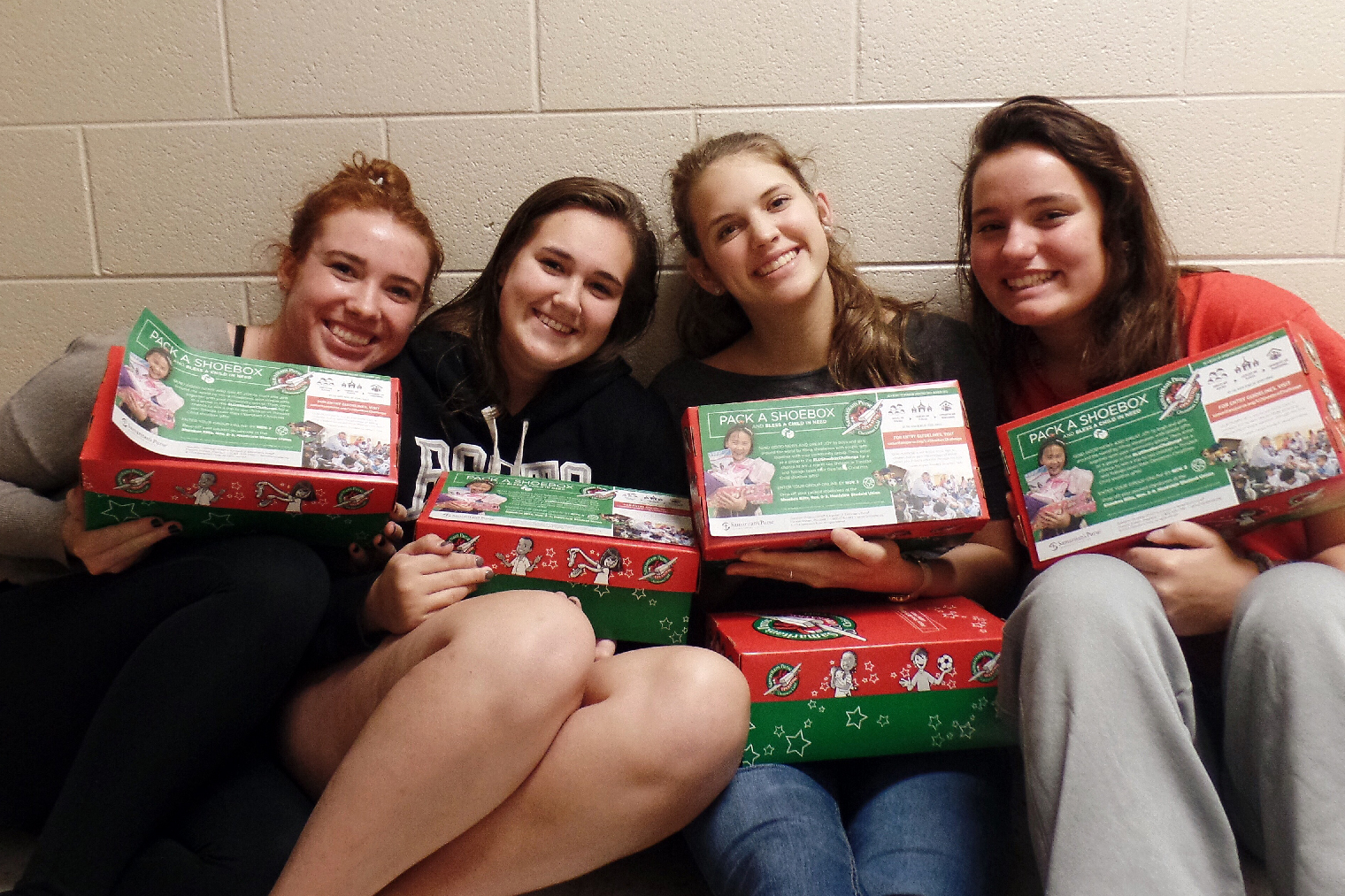 Every year, Mackenzie Winkel would pack a shoebox filled with toys and toiletries with her family and drop it off at her childhood church. Now, as a Liberty University sophomore, Winkel carries on the tradition on campus. She joined thousands of other Liberty students, faculty, and staff members in packing nearly 5,000 shoeboxes for Samaritan’s Purse Operation Christmas Child (OCC), breaking the record for the most shoeboxes the university has contributed to the organization.

“I always thought it was a big deal (as a kid) that we could give back to others in need through shoeboxes,” Winkel said.

Winkel leads a community group with the girls on her residence hall, and they decided to pack several boxes following Global Focus Week, when students heard from Samaritan’s Purse CEO and President Franklin Graham in Convocation and had a chance to meet with other representatives from the organization.

Liberty has participated in the shoebox ministry for several years, which is coordinated through the student-run Shoebox Blitz club. Liberty’s Office of Spiritual Development encouraged students to break the university’s record, and there was an added bonus: the community group who made the most creative video about why they were packing their box would be invited to attend a special trip to Trinidad to help deliver the boxes in person.

Winkel’s group was up for the task. Dressed in scrubs and surgical face masks, the girls filmed themselves “operating” on the box.

In the description of the video on Instagram, Winkel wrote:

“The heartbeats you hear at the beginning of this song are the heartbeats of children from Malawi and Guatemala recorded by Ryan Tedder, the writer of this song. As I listened to this, the Lord so clearly reminded me that the best way to know Him and understand His love is to know and love His children …”

“God gives His love so freely to us, so we should freely give to others,” Winkel said. “While we were editing the video, we prayed that God would use the boxes to reveal himself to kids in need.”

A team of judges from Liberty and Samaritan’s Purse chose Winkel’s group as the winner.

“We were shocked and very excited,” said Winkel. “We feel incredibly blessed, and we’re so excited to take this trip together as a group.” The group will leave in January and spend two days in Trinidad. They’ll also tour the OCC distribution facility in Boone, N.C.

Joe Stengele, OCC’s manager of student partnerships and ministry, said it is a unique opportunity to be the one to deliver shoeboxes.

“It’s a powerful experience,” he said. “We trust that God will use this trip to speak to (the students) and impact their lives for years to come.”

Stengele said it was great to see Liberty students come together and support OCC. 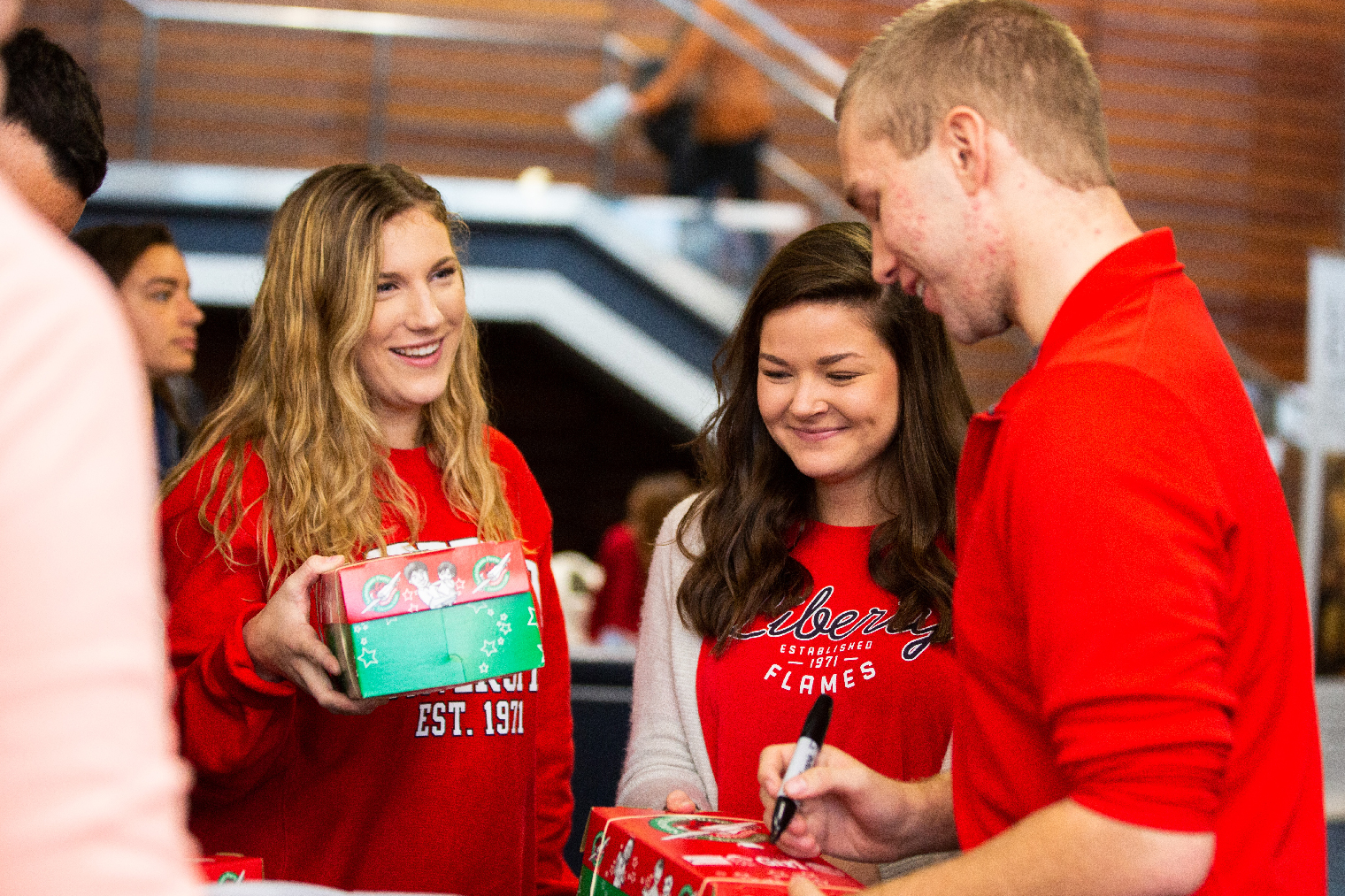 “Seeing thousands of Liberty students during Campus Community waving their shoeboxes in the air before going to pack them was just a powerful image,” he said. “Liberty has a desire to Train Champions for Christ. I feel like Liberty has a big vision for ways they can impact the Kingdom of God. … It’s been a privilege to partner with Liberty, and I can’t wait to see what happens in the years to come.”

Liberty has partnered with Samaritan’s Purse throughout the year in several areas. Student-doctors from Liberty University College of Osteopathic Medicine participated in international four-week rotations with the organization in nine countries. Relief teams comprised of Liberty students and staff from LU Send assisted Samaritan’s Purse disaster relief teams this year in places such as California during the Carr Fire and the Carolinas after several major hurricanes.

During Global Focus Week, students also heard a personal story from Liberty alumna Yuliya Shubina, a Samaritan's Purse worker who received a shoebox as a child while living in central Asia. The shoebox gift eventually led her to a relationship with Christ. Freshman Joy Nicholson, a member of Winkel’s group, said Shubina’s story inspired them.

“I think that OCC is great because it’s such a tangible way to show the love of Christ and the Gospel,” she said. “You’re not only meeting a spiritual need, but a physical need.” 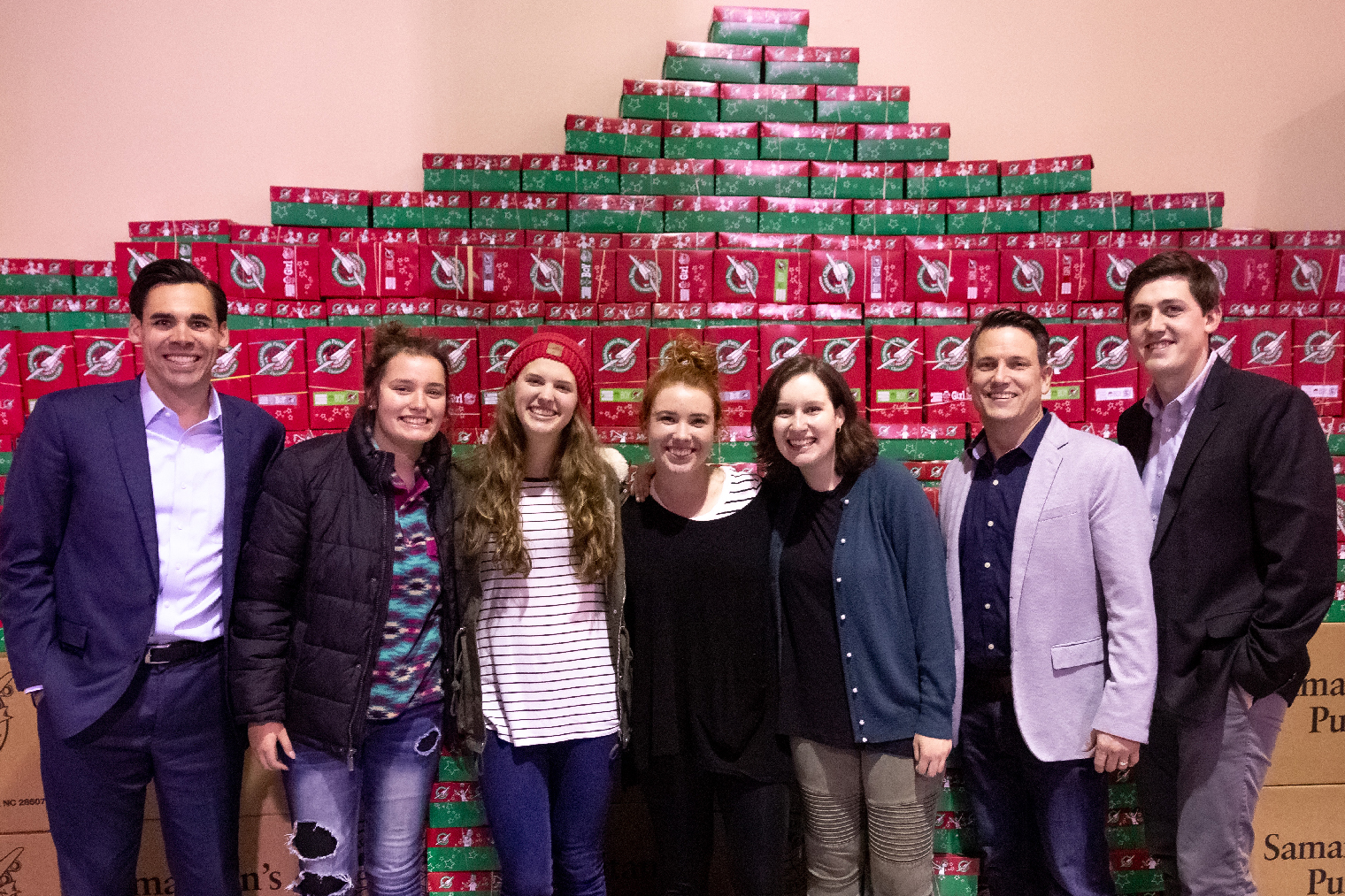 Nicholson, whose parents are missionaries in Thailand, said she has seen firsthand how the Gospel is needed around the world.

“I can’t imagine how excited these kids will be (in Trinidad) once they get their shoebox,” she said. “When I told my parents about the blitz, they couldn’t believe that college students were able to give thousands of shoeboxes. I’m so excited that our community group gets to witness a small part of that impact.”