New roundabouts, road extensions, and bridges all contribute to a new traffic pattern on Liberty University’s campus that is designed to make traveling simpler and safer for pedestrians and motorists. 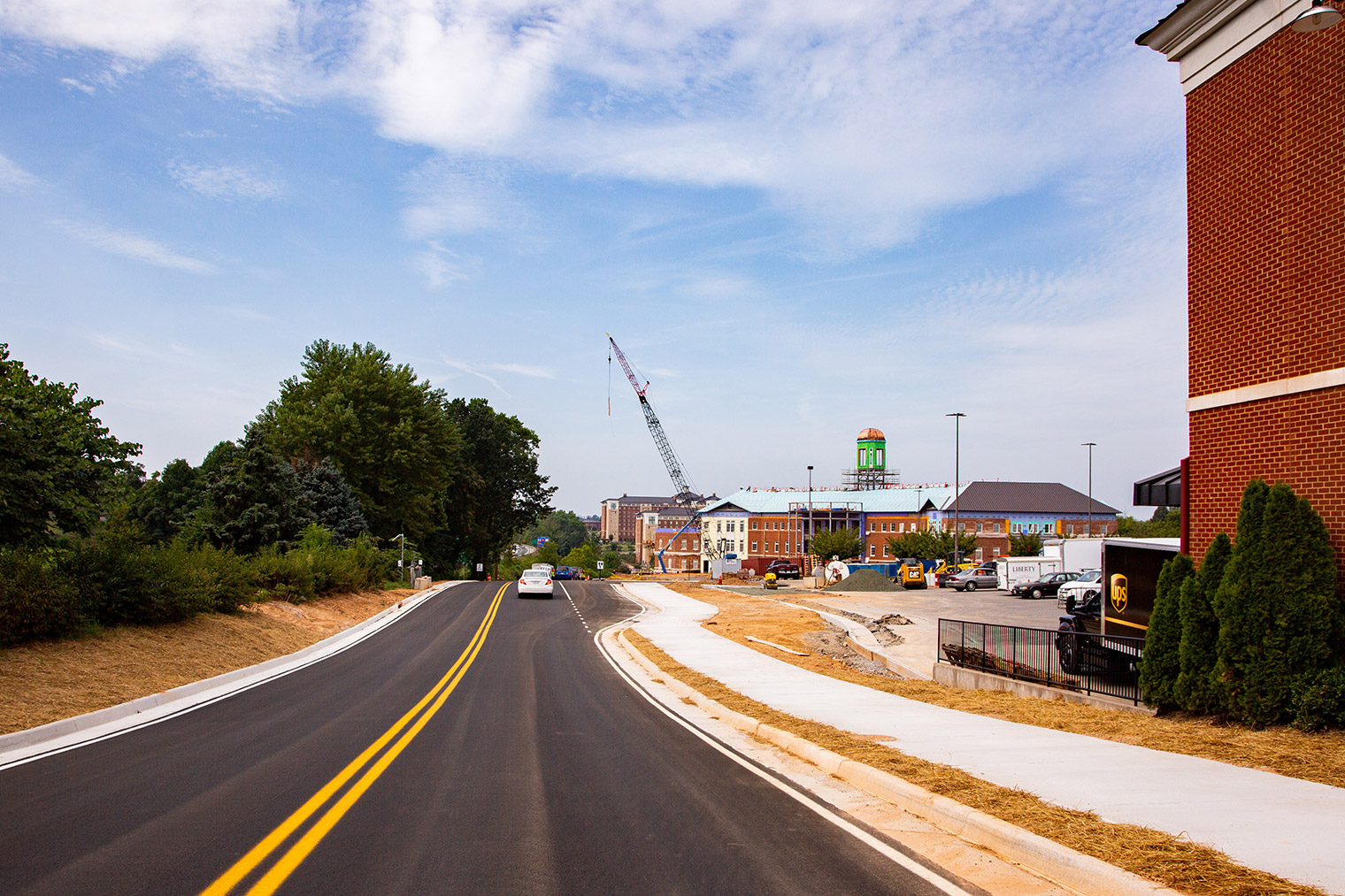 As students move in this week, preparing for classes to start on Monday, they are encountering changes to University Boulevard. A new roundabout in front of the Liberty University Barnes & Noble Bookstore now takes southbound University Boulevard traffic on the U.S. 460 side of the new School of Business building and continues to the Residential Commons. (The new section has been made one-way, southbound only, for move-in week but it will be restored to two-way traffic over the weekend).

The old stretch of University Boulevard now ends at DeMoss Hall and should only be used for parking at DeMoss or any of the buildings along the road.

The rerouting of University Boulevard is due in part to the construction on the new Liberty Arena between DeMoss Hall and the Vines Center, scheduled to open in 2020. In conjunction with that project, a new parking garage on East Campus will also open. The garage will be located near the lacrosse fields and sand volleyball courts, providing visitors a convenient place to park and walk to many campus buildings via the pedestrian tunnel under U.S. 460. Construction on the new parking garage will begin next summer.

“It’s a great spot for a parking garage,” said Dan Deter, vice president for major construction. “We are going to do a full, covered walkway all the way from the parking garage to the tunnel. The tunnel is covered and then you come out and are in very close proximity to the new School of Business building, DeMoss, Vines, the new arena, and the Residential Commons.” 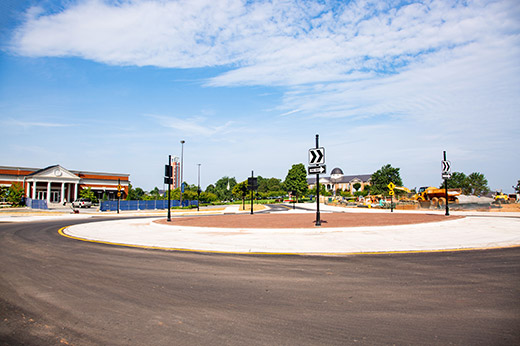 Some East Campus residence buildings will likely be demolished next summer to clear the way for the garage. (The current expansion to the Hill residence halls will make up for the beds lost in those buildings; read more about campus housing improvements). Deter said that the garage was a priority pushed forward by Liberty President Jerry Falwell.

“When we announced the Liberty Arena, the president monitored feedback from the student body,” Deter said. “The underlying thing he noticed is that we need parking over there. He heard that loud and clear and made it a priority to go forward with the new parking garage. The whole administration is committed to the student experience.”

Liberty Mountain Drive has been extended as well, going past the Liberty Indoor Track Complex and Natatorium with access to U.S. 460 at Oddfellows Road.

Liberty Transit Services will continue its service across campus, and bus routes have been updated in light of road changes. Changes include:

Follow routes and bus availability with a live tracking app available by scanning the code on all bus stop signs or online at Liberty.Prod.RideSystems.net. 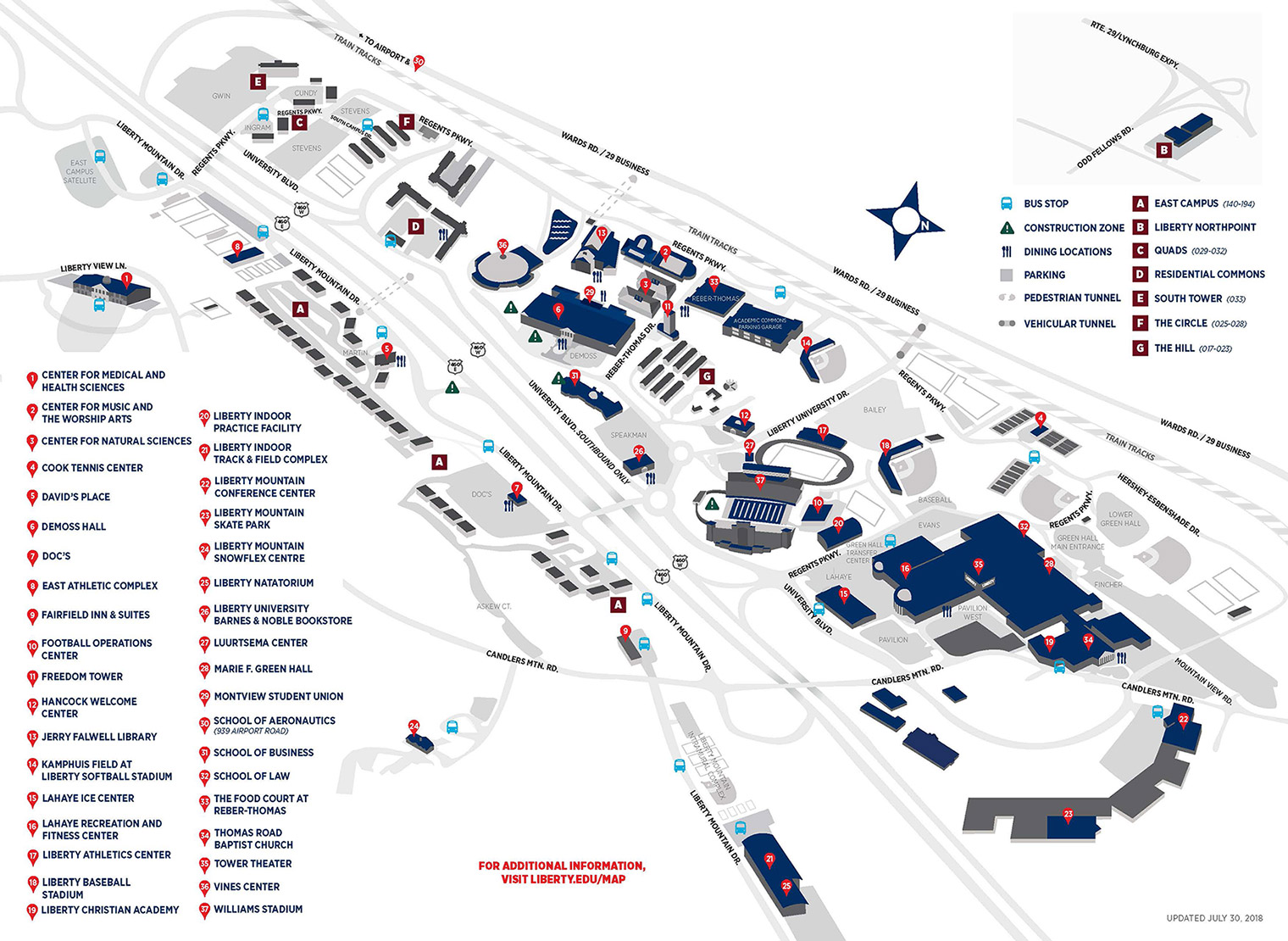