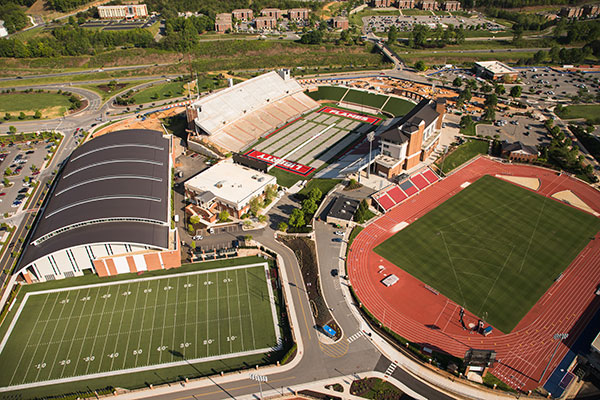 While students are away from campus for the summer, Liberty University’s spectacular athletics facilities will be on display and put to good use by thousands of amateur athletes of all ages participating in the 29th annual Virginia Commonwealth Games at Liberty University. 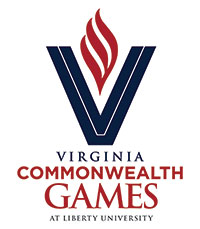 Now in the third year with Liberty serving as title sponsor, the Commonwealth Games are the largest annual multisports festival in Virginia, operated by Virginia Amateur Sports (VAS). Main Games Weekend, set for July 27-29, will transform Liberty’s campus into an Olympic Village with competition and festivities taking place in nearly all of its athletics venues. Many athletes will stay in residence halls and eat meals in the main dining hall, The Food Court at Reber-Thomas.

“We are blessed with a beautiful campus and some of the finest collegiate athletics facilities in the country, and we are very fortunate to be able to turn those over to the Commonwealth Games and its competitors,” Liberty Director of Athletics Ian McCaw said at a press conference on Tuesday. “We are excited to be the host and to work with the City of Lynchburg to make this truly a first-class event for everyone involved.” 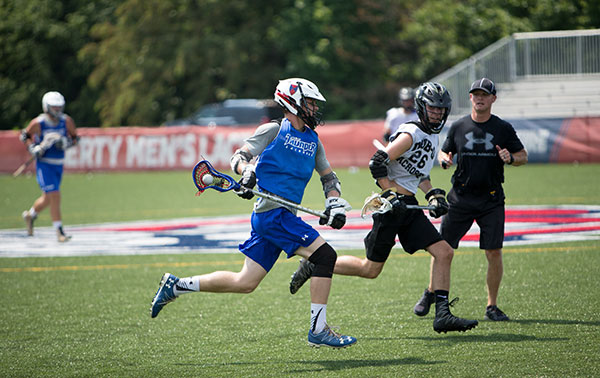 Spectators and visitors will also see firsthand Liberty’s wide array of academic buildings and recreational features on campus, which has undergone a $1 billion rebuilding in recent years.

With a total of 43 events held over Main Games Weekend (15 more than last year), the economic impact is projected to exceed $2.8 million in Lynchburg.

In all, VAS is expecting more than 11,000 participants in the 60 Commonwealth Games events held throughout the year, ranging from the traditional team sports of basketball, baseball, lacrosse, softball, soccer, and volleyball, to archery, equestrian, paintball, powerlifting, track & field, and wrestling.

Online registration for the 2018 Games is available at CommonwealthGames.org. 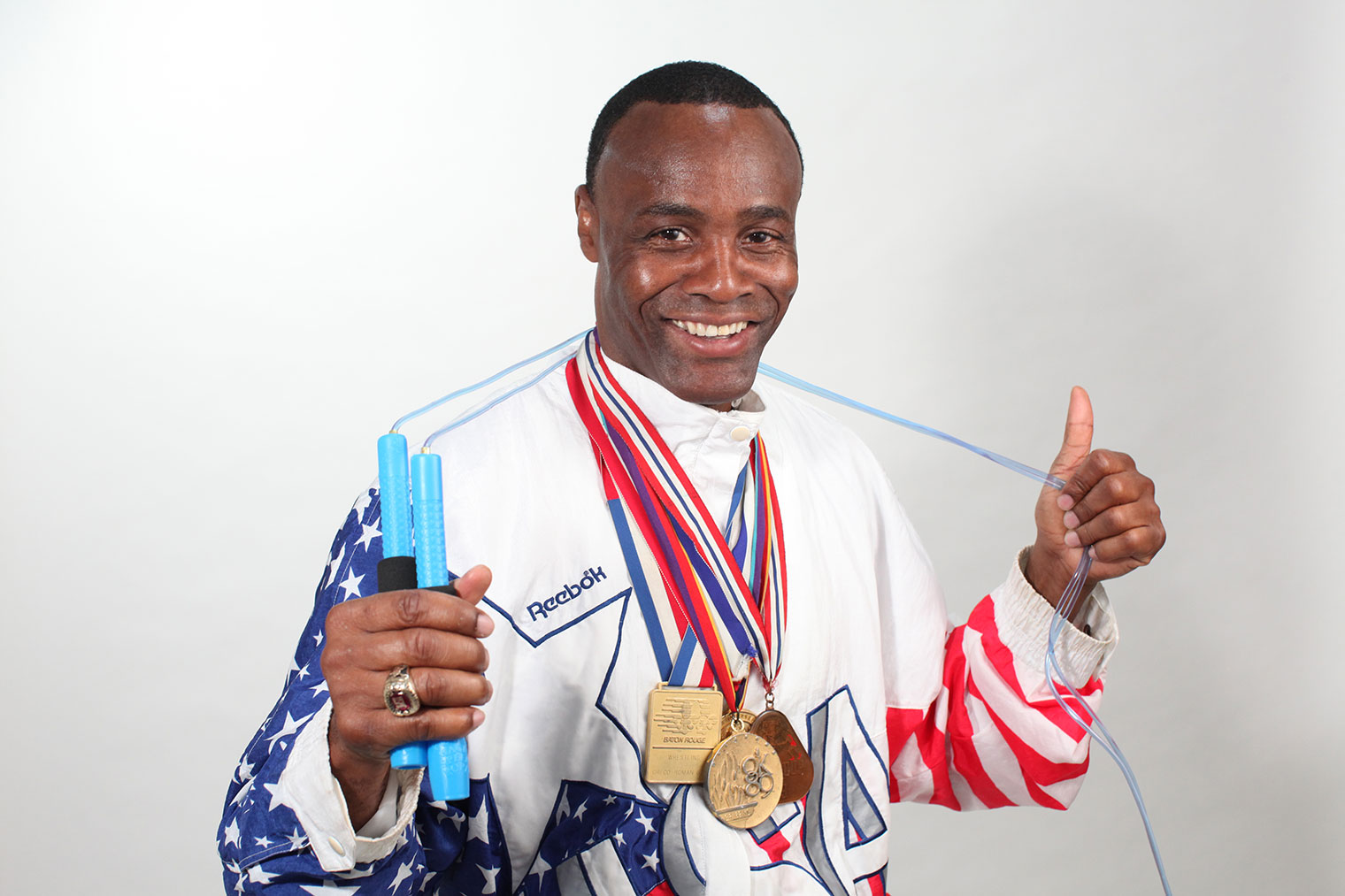 VAS President Dan Foutz announced Tuesday that Anthony “Buddy” Lee will be the guest speaker for the Main Games Weekend’s opening ceremonies on July 27. Lee placed sixth in Greco-Roman wrestling at the 1992 Olympic Games in Barcelona, Spain, and was a torchbearer for the 1996 Summer Games in Atlanta.

“He’s a high-energy guy, which is something we were looking for,” Foutz said, noting that Lee embodies VAS’ mission to inspire wellness and competition. “Anything that will make people healthier and train them up is fantastic.”

Lee, a Hall of Fame NCAA Division I wrestler at Old Dominion University, is also a U.S. Marine Corps veteran and six-time World Military Champion. He is an international motivational speaker and spokesperson for the U.S. Army’s “Get Fit and Be Strong” program for military children around the world. Lee has also gained a global reputation for his astonishing jump rope skills, performing over 300 revolutions per minute in his training routines. He has served as jump rope conditioning consultant to the U.S. Olympic Committee and will put on demonstrations Friday for youth in Downtown Lynchburg and at the opening ceremonies. 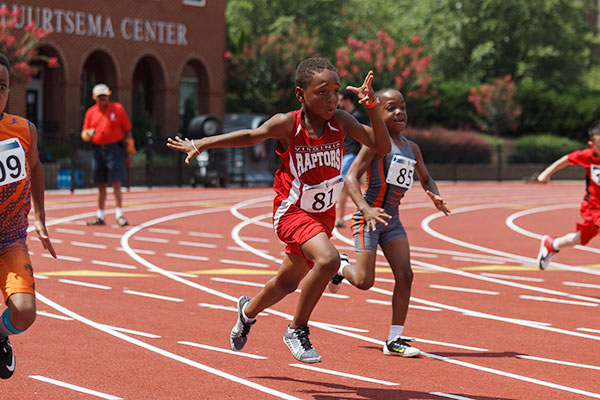 “Buddy has a good message for that target audience,” said Charity Waldron, director of operations and media relations for VAS. “It’s crazy the things that he can do with a jump rope and how quick he can do it. I think he’ll put on a good show, and the kids will definitely enjoy it.”

The opening ceremonies will also be highlighted by a mini wing racing air show conducted by licensed drone pilots. Wing racing is one of six new events in the 2018 Commonwealth Games. Three new shooting sports events — 3 gun, rifle, and pistol — will be held at the Liberty Mountain Gun Club. Taekwondo competition will take place at the Liberty Indoor Track Complex. Aquathon, a swimming and running competition, kicked off the 2018 schedule of events on Feb. 11 at the Liberty Indoor Track Complex and the conjoining Liberty Natatorium. 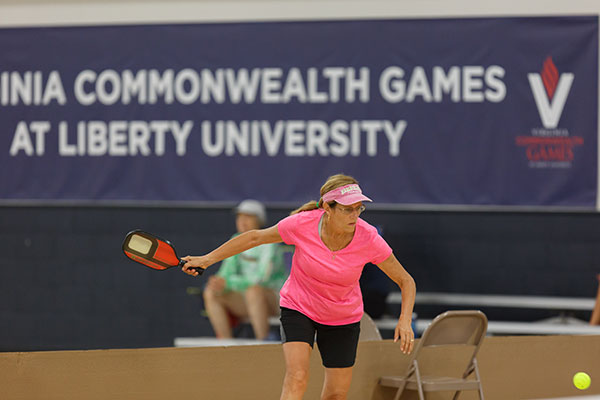 Basketball has traditionally been the No. 1 sport in the Commonwealth Games, with organizers anticipating 150 teams competing on 10 courts in the LaHaye Recreation & Fitness Center, Vines Center, and nearby Liberty Christian Academy. Pickleball, set for July 24-27 at the LaHaye Multipurpose Center, continues to grow in popularity and could emerge as the highest participation sport this summer.

Guests to campus will also be able to enjoy Liberty’s recreational facilities. Beginning at noon on the Friday of Main Games Weekend, Liberty’s LaHaye Ice Center will be available for free skating sessions for registered participants. Likewise, the Liberty Mountain Snowflex Centre and Liberty Mountain Skate Park will be open for visitor use.

Participants and their families and friends are invited to a 4 p.m. tailgate party in the Liberty Indoor Practice Facility, prior to the 7 p.m. opening ceremonies at nearby Williams Stadium. 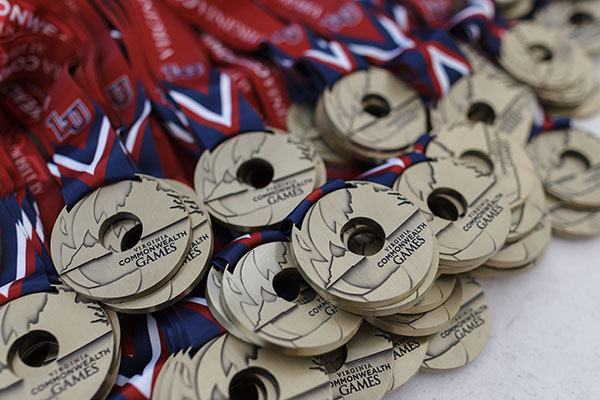 The stadium will also be the site of the opening ceremonies for next summer’s State Games of America, a biennial competition which will offer 60 events during the week of July 29-Aug. 4, 2019. Gold, silver, and bronze medal winners from the 2017 and 2018 games across 34 states are eligible, and approximately 15,000 participants and 20,000 family members are expected to converge in Lynchburg for the first State Games of America to be held in Virginia. That national competition will coincide with the Commonwealth Games and will have a projected $5 million regional economic impact.