Liberty University announced a new direction for its athletics department earlier today, as conference membership for 17 of its programs will move to the ASUN Conference, starting with the 2018-19 athletics season.

The only programs not making the conference move will be Liberty’s football program, which will play its first season as an FBS independent in 2018, along with field hockey (BIG EAST Conference) and women’s swimming and diving (CCSA).

The announcement was made during an afternoon press conference held in the Williams Stadium Club Pavilion. During the press conference, Liberty University President Jerry Falwell, Director of Athletics Ian McCaw and ASUN Conference Commissioner Ted Gumbart discussed the exciting new future for Liberty Athletics in front of the gathered members of Flames Nation and numerous local media outlets. 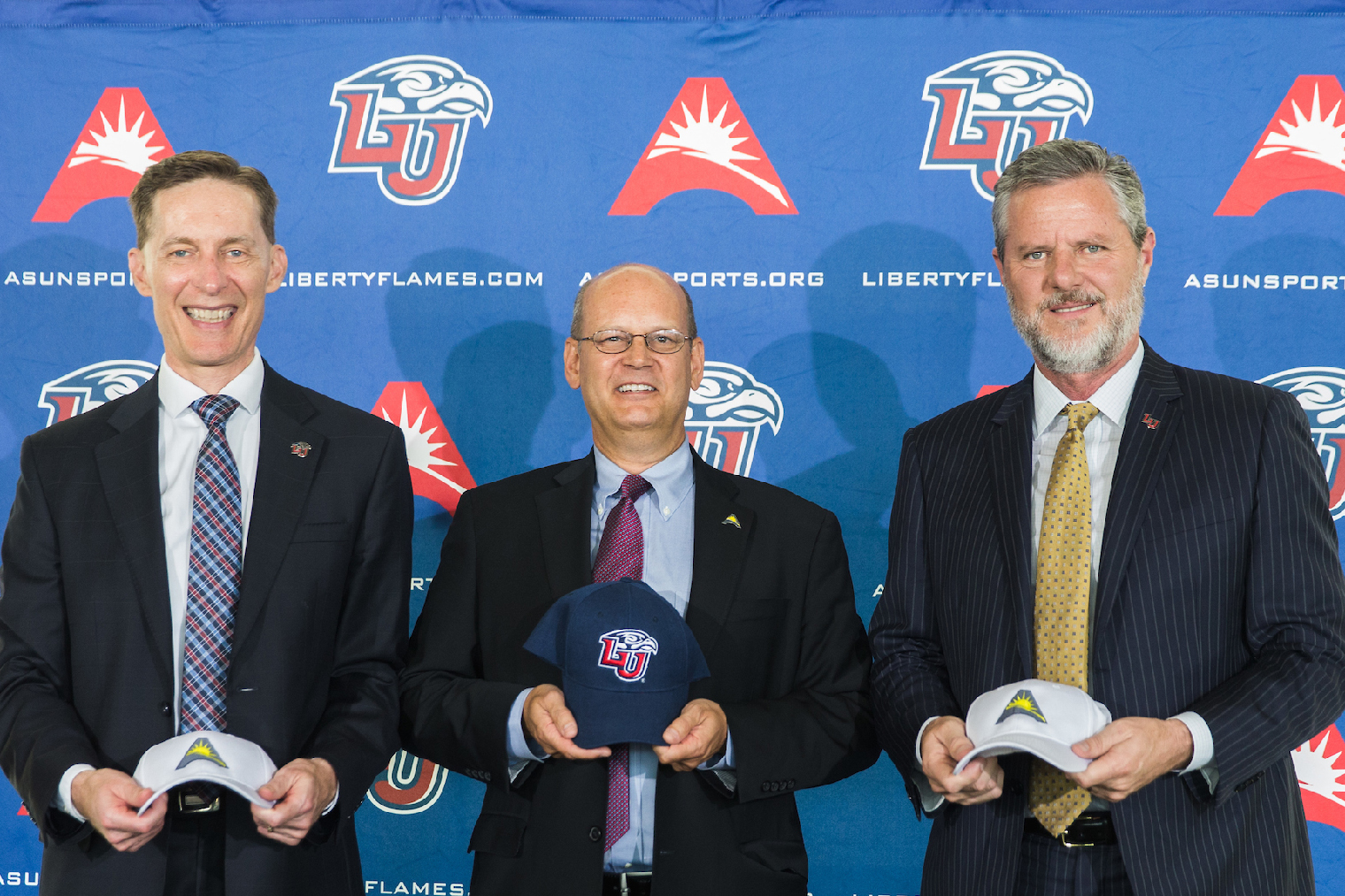 The ASUN Conference, headquartered in Macon, Ga., is an NCAA Division I league committed to Building Winners for Life. The ASUN meets the challenge of maintaining the highest standards in academic and athletic achievement with a true balance between student and athlete.

With the addition of Liberty, the ASUN expands its footprint into the state of Virginia for the first time in conference history. With Liberty joining the ASUN, the league resides in six states and features eight of the top-80 media markets in the nation.

Along with Liberty, the University of North Alabama (Florence, Ala.) will join the league for the 2018-19 season bringing the membership total to nine. 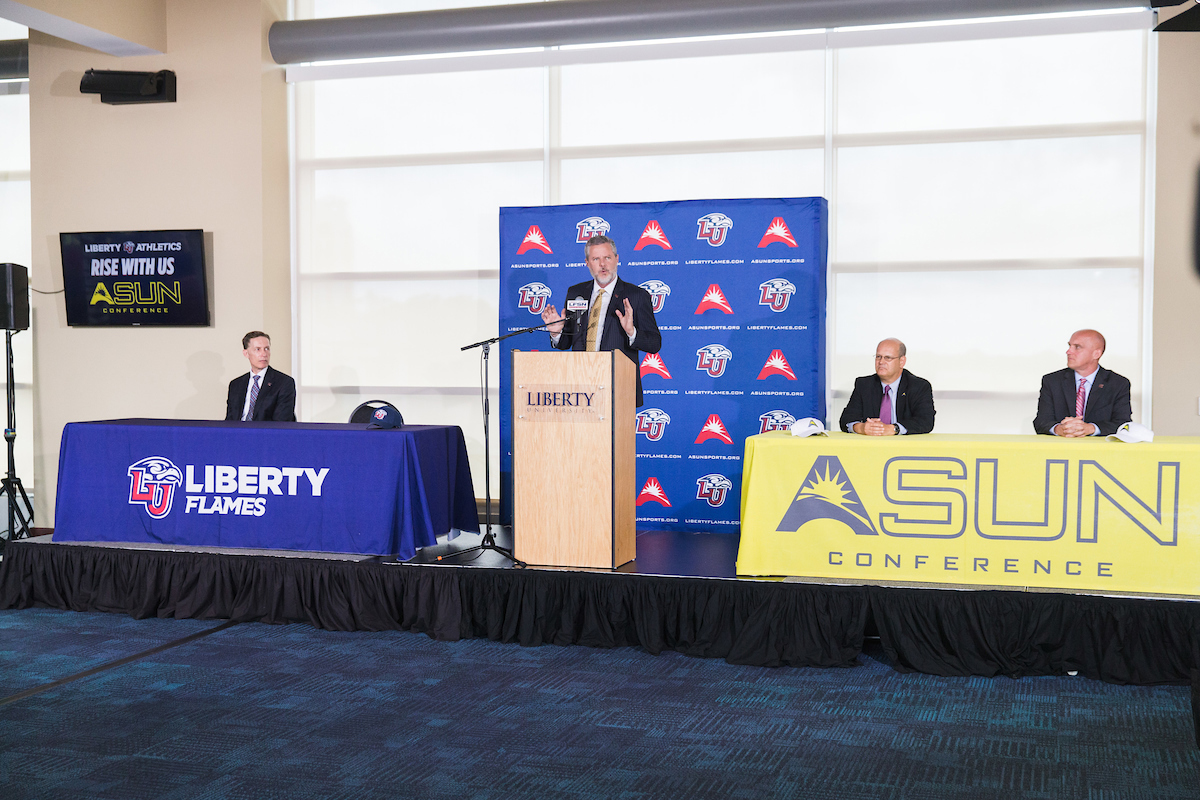 “On behalf of Liberty University, we gratefully accept the invitation to join the ASUN conference on July 1, 2018. I want to thank the ASUN presidents and Commissioner Ted Gumbart for their support and warm welcome. The ASUN is a progressive conference made up of high quality academic institutions and highly competitive athletics programs that will elevate Liberty's national profile.”
Jerry Falwell
Liberty University President

“On behalf of our coaches, staff, and student-athletes, we are excited and honored to join the ASUN as our all-sports conference. Moreover, we are deeply appreciative to Commissioner Ted Gumbart, the ASUN leadership and member institutions for this opportunity. The ASUN footprint will allow Liberty to further extend our brand into New Jersey, Tennessee, Alabama, Georgia and Florida. These states are fertile for recruiting students and student-athletes alike who fit Liberty's mission.”
Ian McCaw
Liberty University Director of Athletics

"This is a very proud day for the ASUN as we begin a partnership with the entire Liberty University community. Together, we play a role in higher education and providing a lifelong learning experience to university students. We call it Building Winners for Life. As we celebrate this new relationship, we salute the alumni, the faculty, the donors, the parents, the coaches, all the teammates who contribute to the athletic, academic, and ultimately, the lifelong success of our graduates."
Ted Gumbart
ASUN Conference Commissioner