To show appreciation to those who work to make Liberty University a special place, two students planned and organized a widespread effort to hand-deliver personalized Easter baskets to nearly 1,500 university employees. 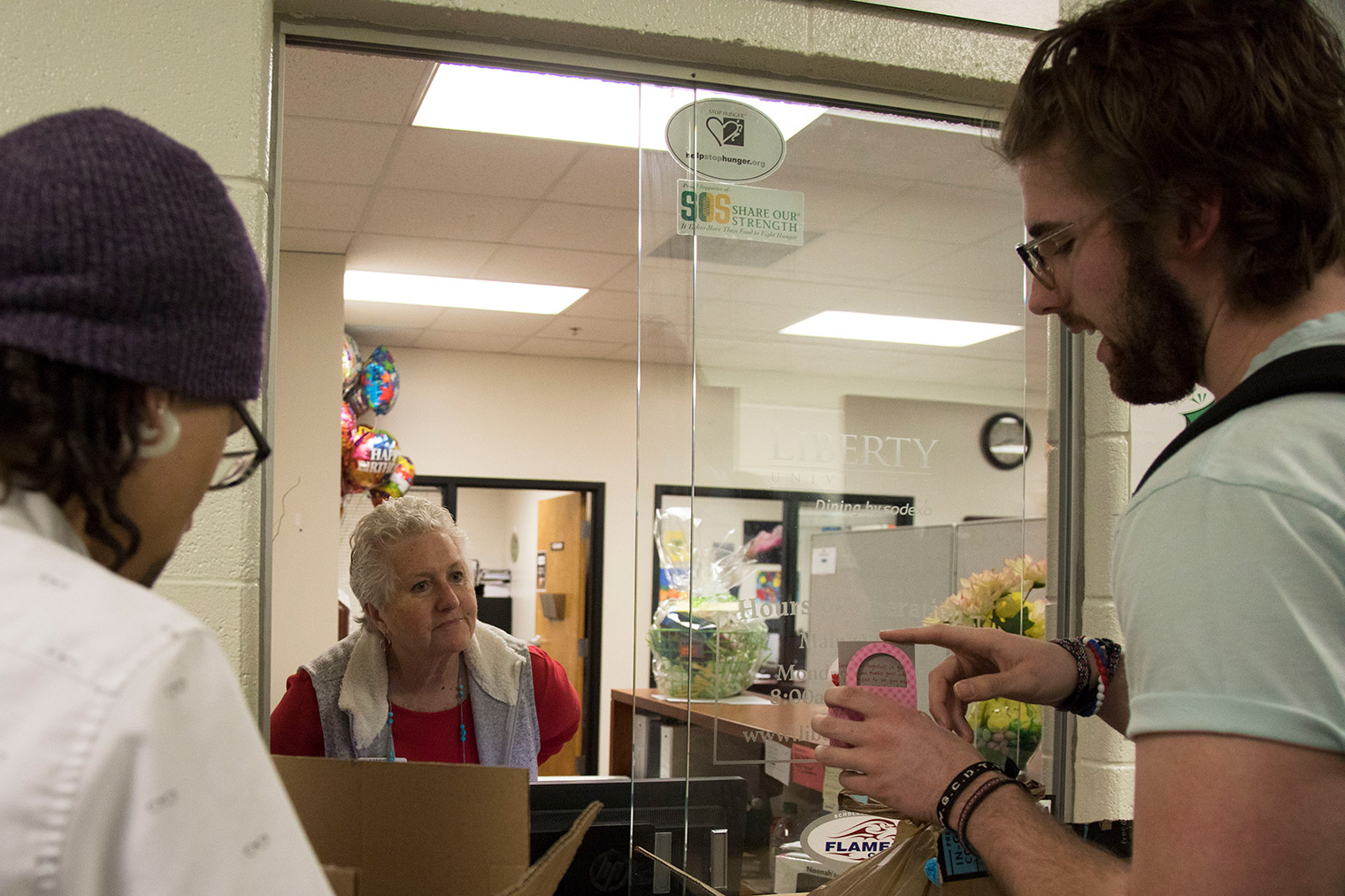 Beginning Wednesday, a group of volunteers started handing employees baskets filled with candy and personalized notes with a Bible verse and the employee’s name written on them. Employees of Sodexo, Liberty’s Dining Services provider, Custodial Department workers, Liberty University Police Department staff, and Transit Services bus drivers were among the many who received the baskets from students.

The initiative was spearheaded by junior John Pressley and graduate student Julian Rodgers, who recruited a group of student volunteers to write notes, assemble packages, and deliver the baskets. The initiative was mostly funded online through a GoFundMe page. It raised $780 in one month.

Pressley and Rodgers said they hope to encourage employees who serve campus daily. Pressley said he initially had the idea to do something special around Easter for the dining facility employees after seeing how hard they work throughout the year. He said that he can relate to them, having worked in the food service industry himself. 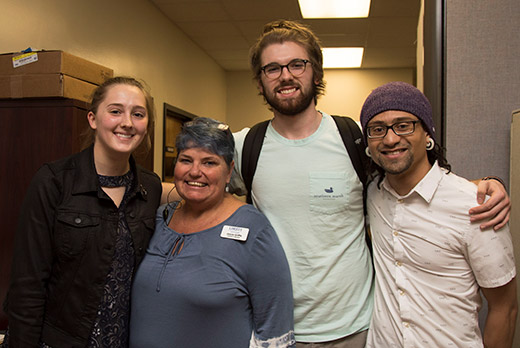 When he passed on the idea to Rodgers, the duo decided to extend it to more Liberty departments that help make campus what it is.

“For me, this is a way to give the workers appreciation,” Rodgers said. “That’s why we worked so hard to make the notes personalized with their names, so they know they’re not going unnoticed by students.”

The process of fundraising and putting the baskets together went smoothly.

“We’ve had no problem getting the student body to come alongside us and serve,” Pressley said. “It’s amazing to see the type of community we have on campus, where the student body is so ready and eager to join us.”

Duke Davis, general manager of Liberty University Dining Services, also donated a sizeable amount of candy when he heard about the initiative. 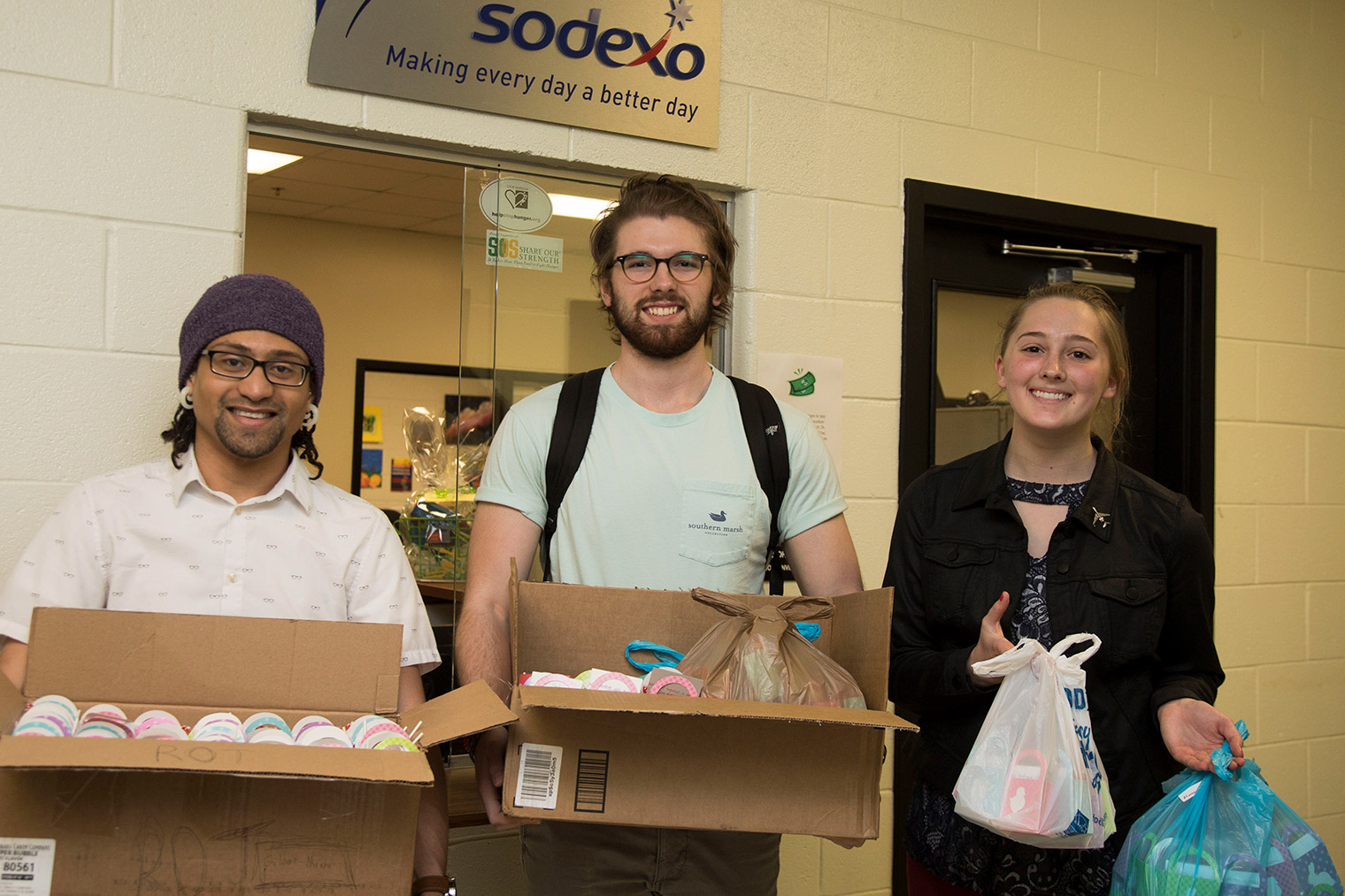 A group of student volunteers gathered at the Grand Lobby of DeMoss Hall Monday to write the notes and pack the baskets. On delivery days, Pressley, Rodgers, and the rest of the volunteers worked around their class schedules to deliver the baskets so workers can pick them up when they clock out.

In the future, both Pressley and Rodgers said they hope to continue this sort of initiative to celebrate Liberty employees over Thanksgiving and Christmas holidays as well. The duo said they are working to set up a student club to facilitate future gift donations.

“This all began as a result of a lot of prayer,” Pressley said. “We understand that giving a blessing is even more rewarding than receiving a blessing, so we really hope to continue this on into the foreseeable future.”