Representing the Liberty University School of Law, the team of Tom Morris and Alex Stauch went undefeated to claim the championship at the 33rd Annual Jerome Prince Memorial Evidence Competition last weekend at Brooklyn Law School. The competition, which included teams from over 30 law schools, is one of the most prestigious moot court tournaments in the country. 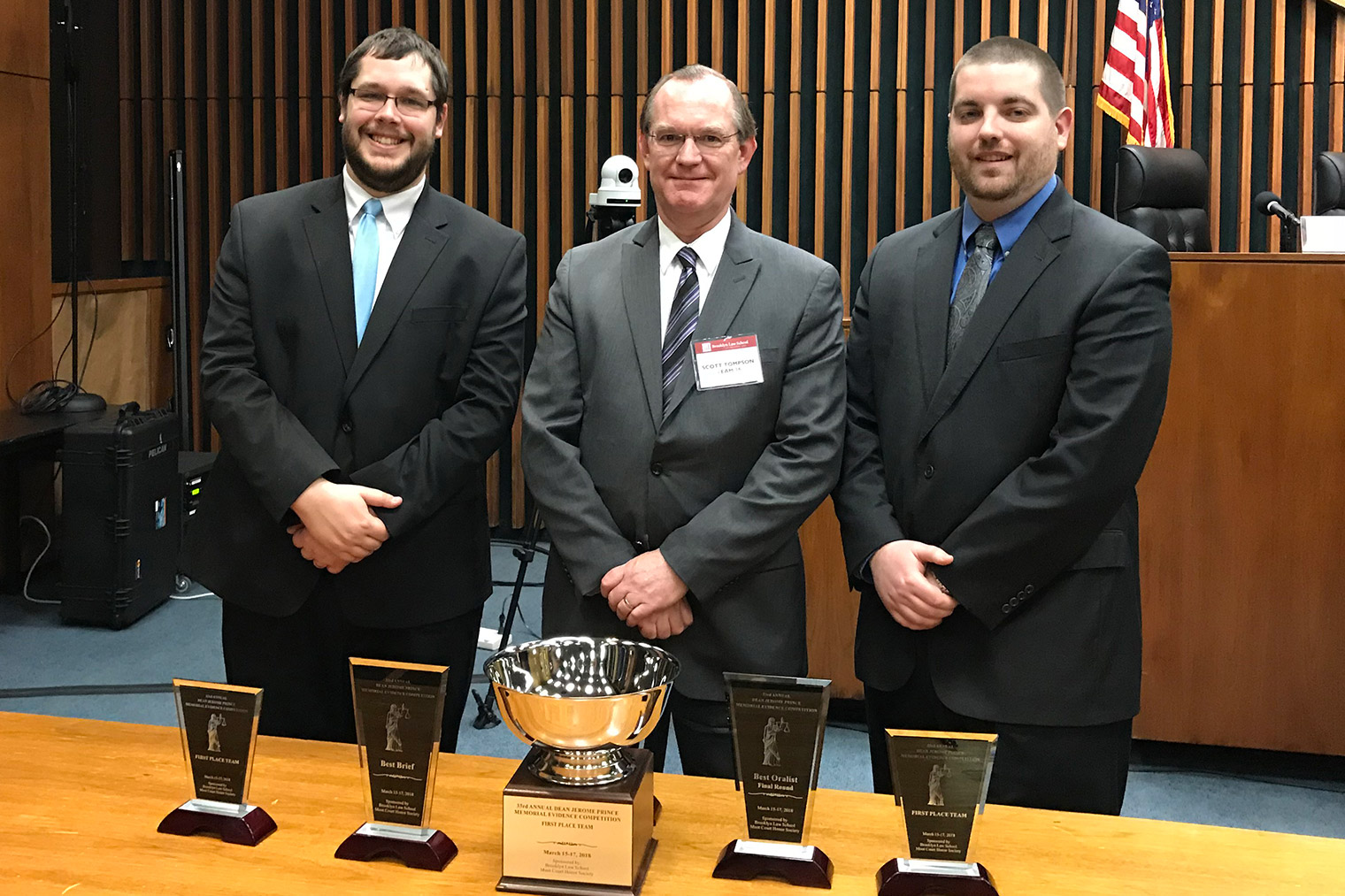 “Alex and Tom were nearly flawless throughout the tournament,” said Professor of Law Scott Thompson, faculty adviser to Liberty’s Moot Court Board. “They were ranked No. 1 after the preliminary rounds and never relinquished their lead. They argued with incredible grace and poise throughout the entire tournament and handled questions from very active benches without flinching. Every judge who heard them argue, as well as many of the teams they beat, congratulated them personally.”

Roger Gregory, Chief Judge of the United States Court of Appeals for the Fourth Circuit, judged the final round.

“The best feeling was when Chief Judge Gregory realized we were from Liberty and nodded his approval,” Stauch said.

He added that he was “overwhelmed” by his team’s resounding victory. “Having come so close in past tournaments at Liberty, for me, this win was special because it showed that perseverance pays off.”

Liberty Law has been competing in moot court since the school was founded in 2004 and has quickly become one of the top programs in the country. Teams pair up and write a brief for a mock case that resembles (and, in some cases, is identical to) a Supreme Court case. They prepare oral arguments for both sides of an issue.

For Morris, the Prince competition was his third win in a national tournament, including one at Notre Dame last fall.

“It was a great feeling beating some of the best law schools in the country,” he said. “It really validated the education we get here at Liberty Law, and it shows we can compete with the best.”

Morris and Stauch expressed their gratitude to Liberty Law’s faculty for preparing them for the tournament, including Assistant Professor of Law Phillip Kline, who lent his insight into the complicated evidentiary and constitutional issues during several practices, and Thompson, who sacrifices countless hours to the Moot Court program.

“The faculty at this law school, and especially those who have helped in the Moot Court program, demonstrate a commitment and servant attitude that is unparalleled in American law schools,” Stauch said. “You hear stories about professors literally running away from students to not answer questions, but here, there is always an open door and a kind heart.”