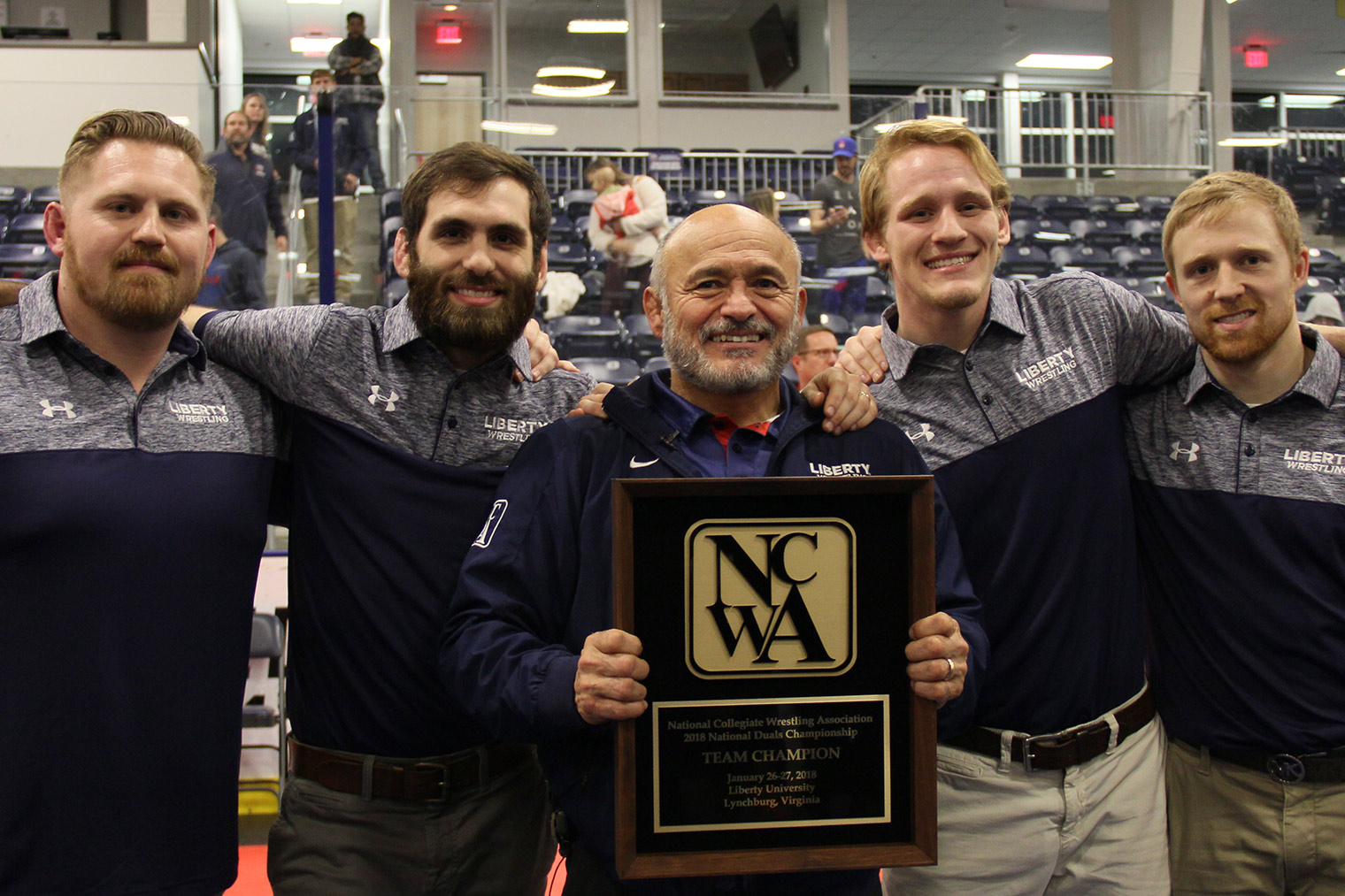 “Admittedly, being down 3-15 was an obstacle that only by the grace of God we could overcome,” Flames Head Coach Jesse Castro said.

As the second seed and reining runner-up, Liberty had to advance past three of the top four-seeded teams on Saturday's final day of the two-day tournament. The Flames, who finished 5-0 overall, opened with a 39-15 rout of top-seeded Central Florida in the quarterfinals before dominating third-seeded Grand Valley State, 44-6, to set up a finals rematch with fourth-seeded Emmanuel, who beat Liberty by a 33-13 count in last season’s final.

“It’s the result of guys buying in to what we’re trying to accomplish with our program,” Castro said. “We don’t have any single all-stars on our team. We came together as a team, worked hard and together as one, esprit de corps.”

The Flames will next compete at Liberty when the Flames vie for their seventh consecutive Mid-Atlantic Conference tournament title on Feb. 24 in the LaHaye Multipurpose Center.