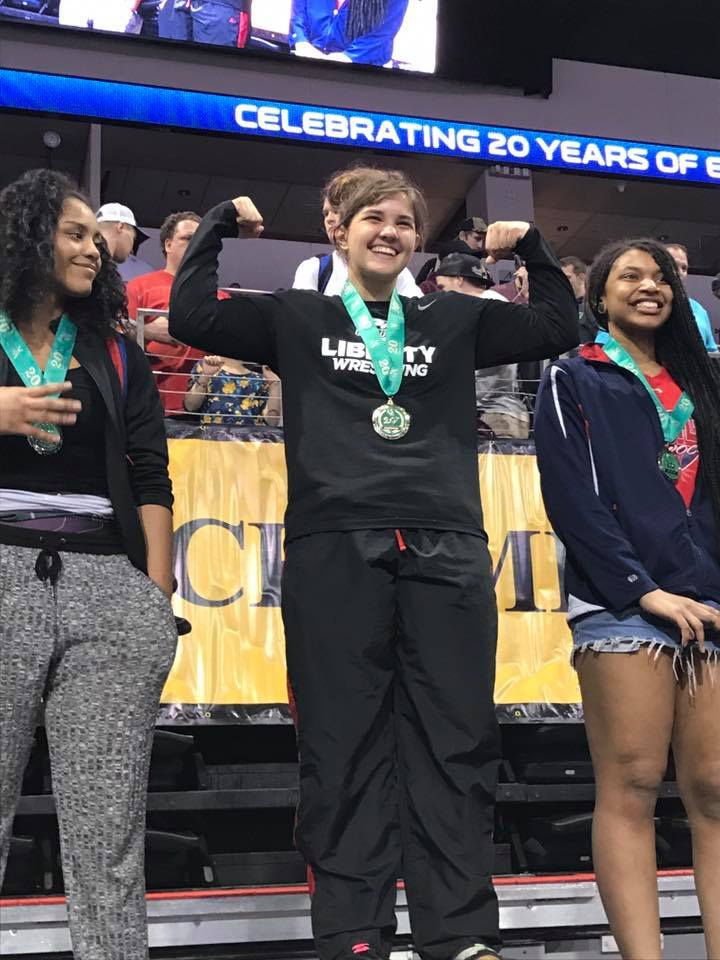 Although women's wrestling is not an official club sport at Liberty, Manley was entered into the national tournament this year, after wrestling in exhibition matches in both the NCWA National Duals and the Mid-Atlantic Conference (MAC) tournaments. On Saturday, she defeated Richland's Alexis Sauceda by fall in the championship bout. For Manley, the Hawaii high school girls state champion, wrestling for Liberty is a bit of a family tradition; her father is former Flames wrestler Randy Manley ('87).

Ferenczy capped his stellar career with a 6-2 decision over Penn State Monto Alto's Clay Kocsis in the final, helping the Flames clinch their third runner-up team finish in six seasons at the NCWA level. They claimed the national championship in 2015. 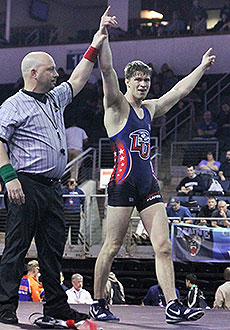 Ferenczy's victory wasn't his only highlight of the day. After the official raised Ferenczy's arm in victory, Ferenczy celebrated by bending his knee on the center of the mat and proposing to his girlfriend, Riana Turner, a graduate student and second-year team manager; she said “Yes.”

For a full recap of the tournament, visit Liberty’s Club Sports page.