Residential Commons III, Liberty University’s upcoming high-rise residence hall, has joined its two predecessors in the skyline high above campus. On track to be completed in time for the Fall 2017 semester, Commons III is almost under roof at its peak of 6 stories, with construction work ongoing at a rapid pace since breaking ground one year ago.

The 200,000-square-foot building will be Liberty’s third residence hall to be completed in the last three years; Commons I and II were completed in 2014 and 2016, respectively. Commons III will accommodate 800 beds. Like Commons I and II, each room accommodates two students and includes a private bath. Floors feature living-room style common areas. The building features two wings — one for male students and one for female students — with additional common areas in between. 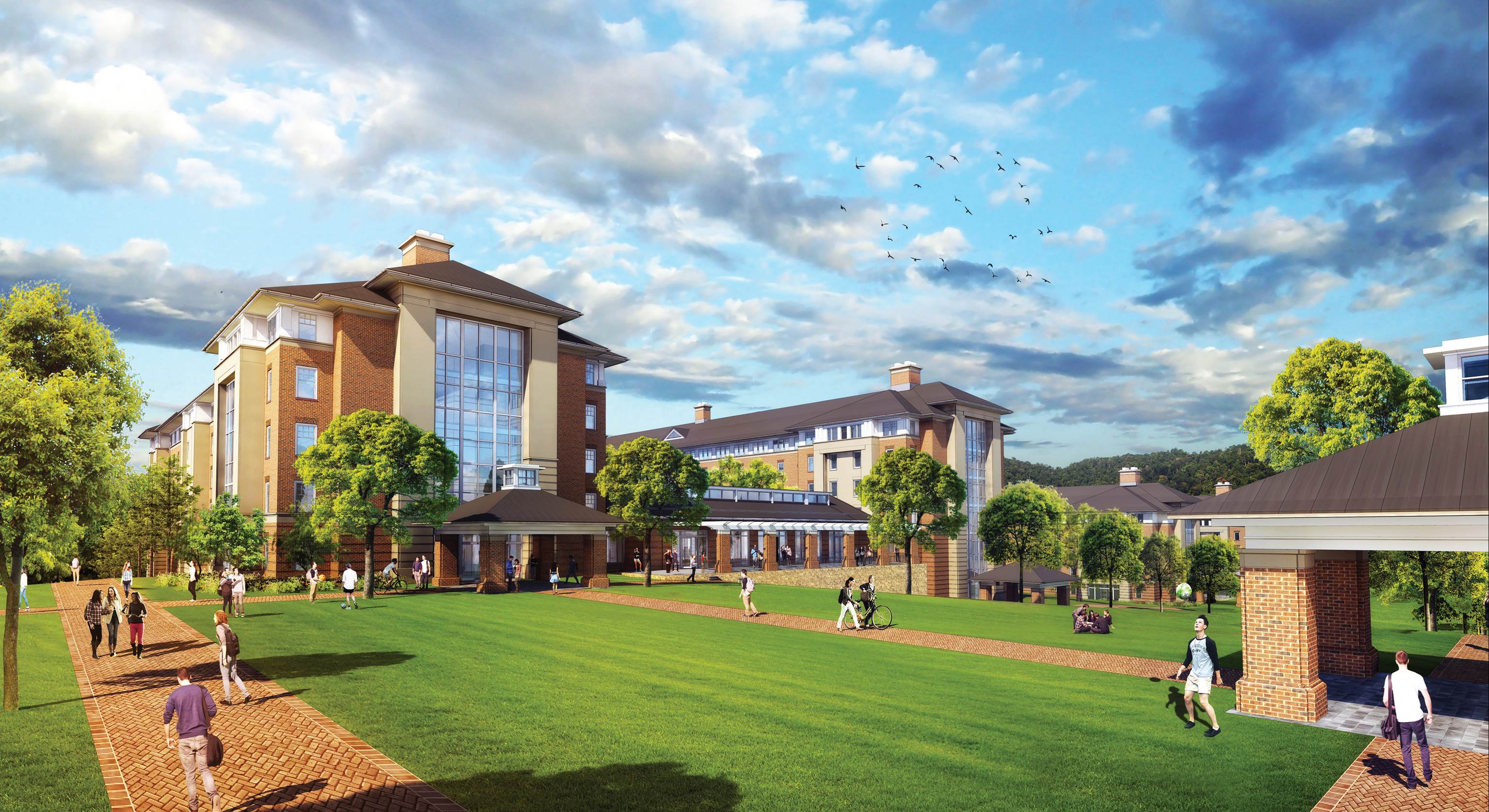 The new residence halls, part of Liberty’s nearly $1 billion campus transformation, replaced several smaller, single-story buildings that were built in the 1970s and intended to be temporary. The last of the Champion Circle housing facilities, Residence Hall 7, will be demolished this summer so that construction can begin on a fourth high-rise residence hall that will sit just north of Commons III and overlook the lake beside the Jerry Falwell Library. Commons IV will also include a new dining facility.

“Commons III is the next phase of President Falwell’s vision of having a high-rise residential quad that’s typical on most large campuses,” said Brad Butler, planning coordinator in Liberty’s Planning & Construction department. “He believes in creating a community that students can really gravitate to.”

While roofing is wrapping up this month, Butler said that brick and stone work are beginning.

“We’re on a very rapid construction schedule with this project,” Butler said. “It’s been moving along steadily, and we will have this building completed by the time students arrive in August.”

A Campus Walk connects the Residential Commons to the Academic Commons and will eventually stretch through the entire campus up to Williams Stadium. The walkway will make Liberty’s campus more pedestrian friendly, with no stairs and only mild inclines and declines as it cuts through campus.

“This will truly make it a pedestrian campus,” Butler said. “It makes it easier to get from one end to the other, particularly where there are crossroads. Plus, it creates a beautiful environment.”