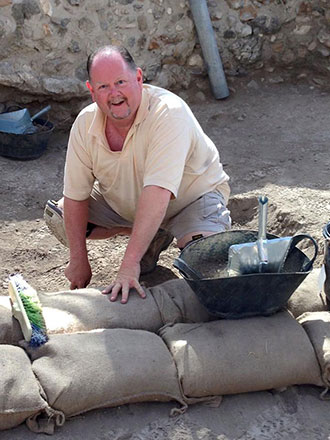 Teaming up with archaeology professors from New Orleans Baptist Theological Seminary, Dr. Chet Roden, an associate professor of Old Testament and chair of graduate online Biblical Studies in Liberty University’s Rawlings School of Divinity, made a discovery last summer that was listed as one of the “Best Archaeological Finds in Israel in 2016” by Haaretz, an Israeli publication and website.

In the foundation of what is believed to be military barracks in the biblical city of Gezer, Roden and his colleagues uncovered a treasure trove of silver and gold relics that were wrapped in linen inside a small piece of lidded pottery dating back to 1700-1500 B.C. It is believed to be the best-preserved cache from that time period ever discovered in Israel.

Roden said Eli Yannai, a professor at Bar-Ilan University in Tel Aviv and representative of the Israel Antiquities Authority, told him that many archaeologists work a lifetime and never get to experience such a significant discovery. “He said, ‘It’s huge,’” Roden recalled. “I didn’t even realize until the next day how big the find really was.”

The ancient Canaanite center of Gezer was located west of Jerusalem along a strategic highway between Egypt and Mesopotamia, in an area allotted to the tribe of Ephraim where much Old Testament history took place. The site is now part of the Israeli National Park System. 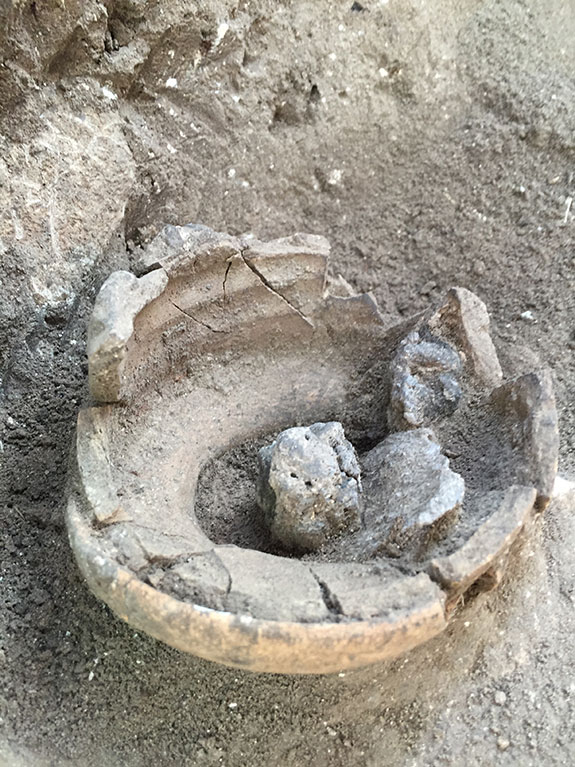 The School of Divinity has signed on as a consortium member for the archeaological excavation of the site, which started in 2009. The team’s primary objectives are to fully excavate and  determine the approximate time period in which Gezer’s unique water system — an astounding tunnel over 20 feet wide and 150 feet deep — was originally constructed, and to eventually open it to the public.

“The tunnel itself is just massive,” said Roden, who teaches archaeology and Old Testament classes at Liberty. “There’s nothing like it in the world in that timeframe. The most recent idea is to dig outside the tunnel to try to help solidify the date of the tunnel. That’s what we were trying to do, and we just happened upon this foundation deposit that was really cool.”

During a recent excavation of the tunnel, a mold to form idol plaques was found. These plaques represented either the Canaanite goddess Astarte or the Egyptian goddess Hathor.

“(Hathor) was a fertility goddess, a goddess of birth and the afterlife, but she took on all sorts of different roles in Egypt,” Roden said. “Being that close to the water tunnel is significant because Hathor was also a goddess of mining and the underworld, and she was worshipped at the similar timeframe as this Gezer tunnel was dug.” 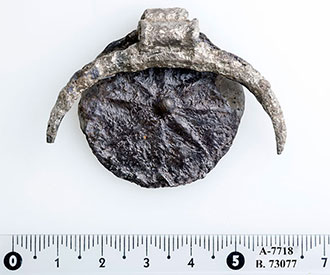 Roden believes a silver pendant found in the pottery last summer also represents Hathor and was left, along with the other relics he found, as an offering to her for protection.

He theorized during a presentation to the Evangelical Theological Society that syncretism — the blending of two belief systems — is evident in the discovery of these pagan relics.

“The crescent shape and the sun disc are very Mesopotamian,” Roden said. “We found them melded together, resembling the Hathor headdress, so it’s almost like Mesopotamia from the north and Egypt in the south have come together here in Gezer.”

Dr. Tsvika Tsuk, the Director of Archaeology for Israeli National Parks, agreed, telling Haaretz, “What's nice about this trove is that it shows Canaanite culture together with a clear Egyptian influence."

Roden plans to return to Gezer for this year’s dig, from May 20-June 9.