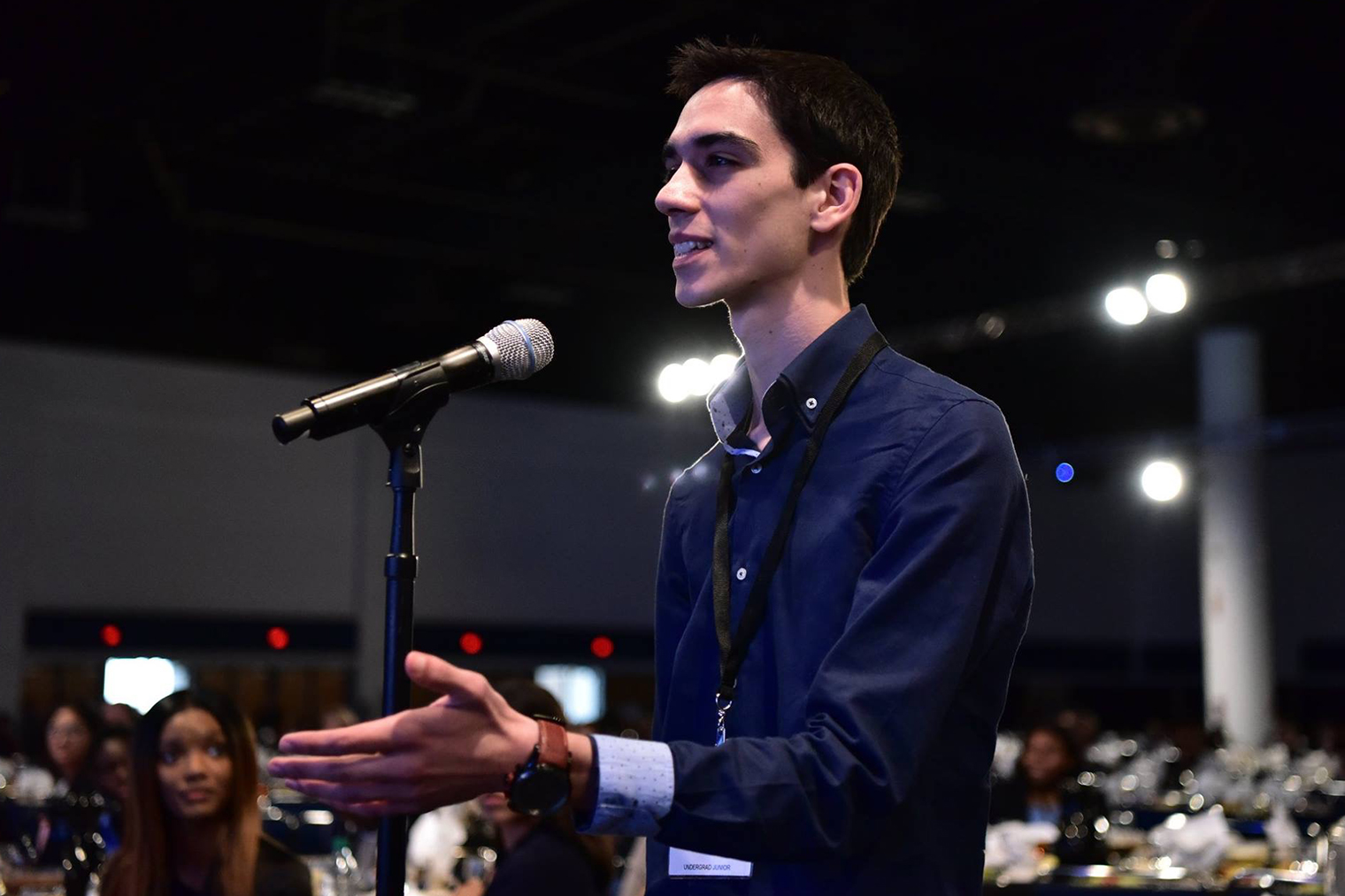 On top of a pre-med course load, Liberty University junior Ramon Misla David has started a campus chapter of a national health care charity, completed two competitive internships with the National Institutes of Health (NIH), and was invited to present his research on Post-Traumatic Stress Disorder (PTSD) at a national conference.

This semester, Misla David helped launch Liberty’s chapter of the Foundation for International Medical Relief of Children (FIMRC), raising money to support the organization’s mission to bring health care to underserved communities in the developing world. He serves as president of the chapter. The group has already engaged in community service by helping a single mother with manual labor on a farm and has plans to add healthcare service opportunities next semester, as well as a medical service trip overseas to a country where FIMRC works.

With the ultimate goal of attending medical school, Misla David is majoring in biomedical sciences (pre-med) in Liberty’s Department of Biology & Chemistry. In addition, he has been using his free time to expand his experience and knowledge base to better prepare himself to succeed.

Over the past two summers, Misla David has won competitive internships through the NIH to join ongoing PTSD research at Ponce Health Sciences University in his homeland of Puerto Rico.

During his internships, Misla David gained experience in behavioral studies, surgery, and tissue analysis. He was specifically looking at the expression of a protein in the ventral hippocampus of the brain that has been associated with PTSD. He found that rats with lower levels of this protein had more fear than the control group. The long-term implications of his study could help create a screening test for soldiers to determine their future susceptibility to PTSD and help enact preventative measures.

“In a way, we were able to recreate a PTSD-like state where we have a fear memory that is harder to extinguish,” he said. “Future studies will examine how this affects different structures of the brain.”

He said that he was encouraged to challenge himself and apply for the internships during his time in Liberty’s Eagle Scholars Program, which trains high-achieving residential, undergraduate freshmen and sophomores for leadership.

Though neuropsychology was not initially among Misla David’s interests, the research opportunities motivated him to learn more. During the school year, he reads others’ research on the topic, and this semester he decided to add a psychology minor. 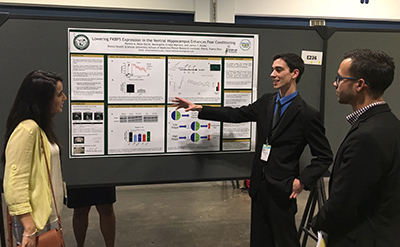 At the end of his internship last summer, Misla David presented his research at the NIH in Maryland. Soon after, he garnered an invitation to display his work at the Annual Biomedical Research Conference for Minority Students (ABRCMS), which took place Nov. 9-12 at the Tampa Convention Center in Florida. Misla David was the first Liberty student to present at the conference.

“I felt like I was not only representing my research and my lab, but I was representing Liberty University to these institutions,” Misla David said. “For me it was a big honor, and I took it close to heart.”

As a minority student, Misla David also appreciated the opportunity to see students like him engaged in research.

“It helped boost my pursuit, my drive, to go deeper into academics,” he said. “It really motivated me to know that there is a lot of interesting science going on and a lot of opportunities. It was great to be a part of that, to present my research, to add my grain of sand. It made me feel like I was a part of something bigger.”

Misla David said his family, loved ones, and professors have led him to “aim higher” in his endeavors. He said that though he didn’t initially plan on attending Liberty, a College For A Weekend visit with two friends who were interested in the university solidified his decision.

“By the second day I was in love with this place and had decided this was where I wanted to go to college,” Misla David said. “I loved the environment, the professors, (and) the students. And the program really gave me peace in terms of this is somewhere I am going to grow both spiritually and academically.”

Since then Liberty has exceeded his expectations.

“I have loved the fact that my professors are invested in helping me and my fellow students succeed,” he said. “They encourage us to do research and help us understand the subjects; they are invested in our success. The program is designed to make us competitive in the long run; it elevates us to a point where we are prepared for graduate school.”