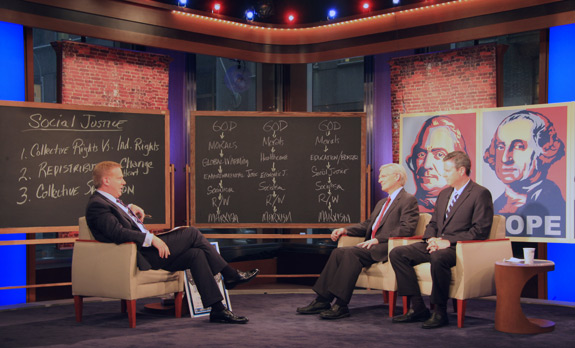 Liberty University Chancellor Jerry Falwell made his second appearance on the "Glenn Beck" TV show on Friday, May 21, for a special Founders' Fridays show to discuss revisionist history.

This was his second appearance on the show in a week. He appeared on Tuesday's show to discuss social justice and the role of religion in today’s society.

Joining Falwell on both programs was Peter Lillback, president of Westminster Theological Seminary and author of “George Washington’s Sacred Fire.”

Falwell’s appearances on the show came just days after Beck delivered Liberty University’s Commencement address on Saturday, May 15. “Glenn Beck” is one of the most successful shows on FOX News. It airs weekdays at 5 p.m. and 2 a.m. ET.