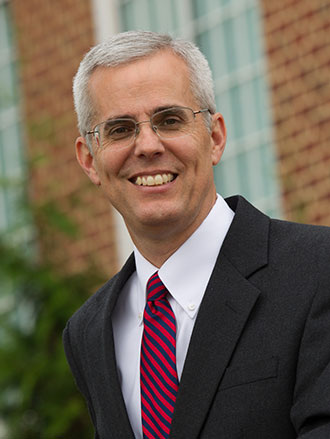 “Robert’s professional background in law, business administration, and ministry, including his leadership experience as a senior pastor, make this position a great fit for him and for Liberty,” said Mark Hine, senior vice president for student affairs. “We are excited to have him on board to serve our students.”

Mullen, a native of Roanoke, graduated from Liberty in 1986 with a B.S. in finance and political science and went on to earn a juris doctorate from the University of Virginia.

Mullen practiced law in Roanoke for nine years. During that time, he was called to ministry and earned a Master of Divinity degree from Southeastern Baptist Theological Seminary.

He has served at Shenandoah Baptist Church for 16 years, first as associate pastor, then as senior pastor beginning in 2008.

“There has always been a desire in my life to minister to and connect with college students,” he said. “This position clearly fits with what I feel is God’s calling on my life. I really want to be involved in the lives of students, and I also want to invest in the staff, equipping the saints to do the work of ministry.”

Mullen and his wife, Anne, have two children: Amelia, who graduated from Liberty’s nursing program in May, and Andrew, who starts as a freshman this semester.