Willmington named Alumnus of the Year at Moody Bible Institute 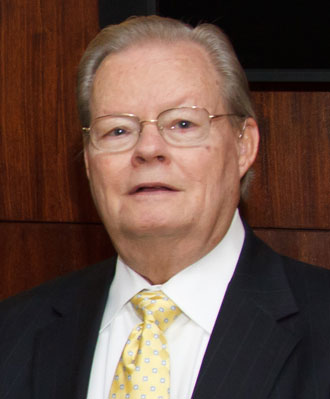 Dr. Harold Willmington, dean of Liberty University’s Willmington School of the Bible, has been named Moody Bible Institute’s 2014 Alumnus of the Year. He was honored during Moody’s annual Founder’s Week conference in Chicago last week.

According to a Moody news release, the award honors a graduate who has "demonstrated loyalty to the kingdom of Christ through honorable character, ardent service, and accountability to the Word of God."

Willmington graduated from Moody in 1955 and entered full-time ministry as a pastor. He came to Liberty in 1972 and started Liberty Bible Institute as a campus program. In 1976, he helped launch the home correspondence course, Liberty Home Bible Institute, with Liberty founder Dr. Jerry Falwell. The course became the world’s largest correspondence diploma program on the Bible. The current Willmington School of the Bible is now an online certificate program offering 20 courses and 60 credit hours, which may be transferred to an undergraduate degree at Liberty’s School of Religion.

Willmington is well-known around the world for his book, “Willmington’s Guide to the Bible,” with more than 350,000 copies distributed since it was first published 30 years ago. He has written 20 other books, including “The Outline Bible,” and served as a contributing editor to “The Topical Study Bible.”

In the fall, Willmington started his 42nd year of teaching with Liberty, making him the longest-serving member of Liberty’s faculty to date.

Nancy Hastings, executive director of Moody's Alumni Association, presented Dr. Willmington with the award. “We are deeply grateful to the Lord for his (Willmington’s) dedication to the Word of God, his love for the body of Christ, and his faithfulness to train believers in kingdom work,” she said in the news release. “Dr. Willmington has served the Lord well and it's our prayer that his ministry will continue to bear fruit for the glory of God.”