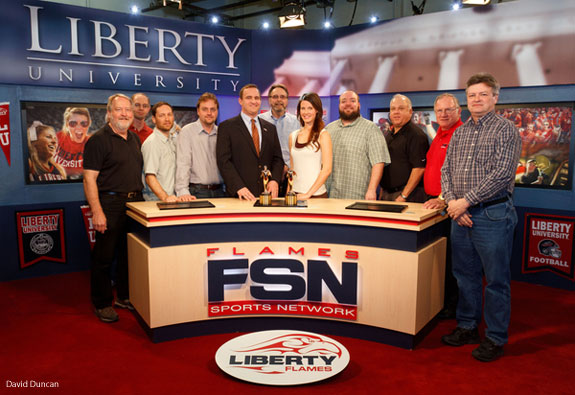 The Flames Sports Network has recently been recognized for excellence in its television broadcast of Liberty Athletics with the network collecting a pair of Telly Awards.

The Flames Sports Network (FSN) received Telly Awards for their production of the Flames SportsDesk show and the network's coverage of Liberty's Big South Championship football game against Stony Brook on Nov. 19, 2011.

The Telly Awards were founded in 1979 and is the premier award honoring outstanding local, regional and cable TV commercials and programs, the finest video and film productions, and online commercials, video and films.